A forum for new members to introduce themselves to the rabble already onboard. Not compulsory!
Tell us a little about yourself, lie if you have to but keep it to just an introduction, not a car discussion.

Hi, i have a single cylinder watercooled engine from a Stimula car.
I'm looking for any information and pictures of an early Stimula automobile. Prox. 1901 - 1907
Top

First look turned up this, not correct for your own engine, this vehicle had a 1.7 de-dion straight four

The information with the sale states 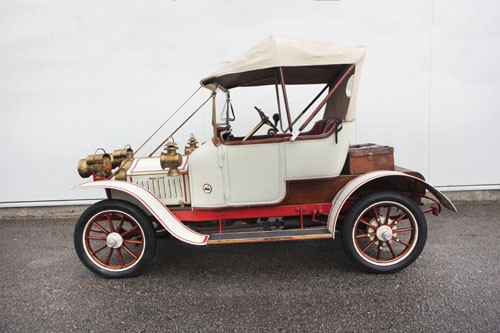 Stimula was founded by two brothers – Guy and Carl de la Chappelle – in the Gier Valley in France in 1907. They started with motorcycles and three-wheelers for a few years before the car business really got going.

At the beginning, Stimula, unlike many contemporary French manufacturers who used engines from De Dion-Bouton, designed and built their own engines. But by the second decade of the 20th century, they went scrambling for De Dion engines as well, as this car uses a 1.7-liter De Dion straight-four. The cars were light and handy in competitive events like hillclimbs.

Stimula built over 1,000 cars before WWI shut the business down in 1914. Xavier de la Chappelle, a great-nephew of Carl and Guy, resurrected the Stimula name in the 1970s to build the de la Chappelle Bugatti replica.

Pinterest.fr has a collection of images here

Some taken from here

One away from 5 little ducks there Neil, or 10000 away depending how you look at it!

How do i include a photo. Would like to present my engine.
Top

At the bottom of the reply window click the attachments tab and then you will see an Add Files button. Press that and you will be able to select the file you want and open it into the editing sub window at the bottom. Then add your title in the box on the right, then put your cursor back in the posting box where you want the picture and finally click the Place Inline button down by the title . Then use Preview to check you have what you want before submitting. Look forward to seeing it .

Are you sure its from a Car? Stimula made motorbicycles and three-wheelers as well.

Link to Flickr This one if you zoom in also has the contact number for the chap who I presume is the owner
https://www.flickr.com/photos/ricohplio/8265879335 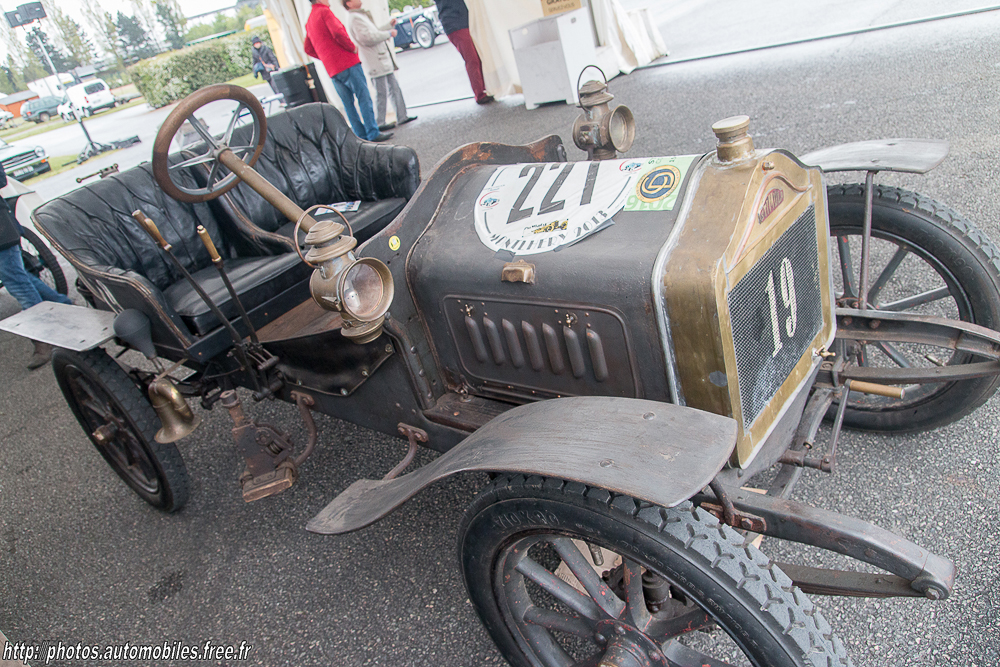 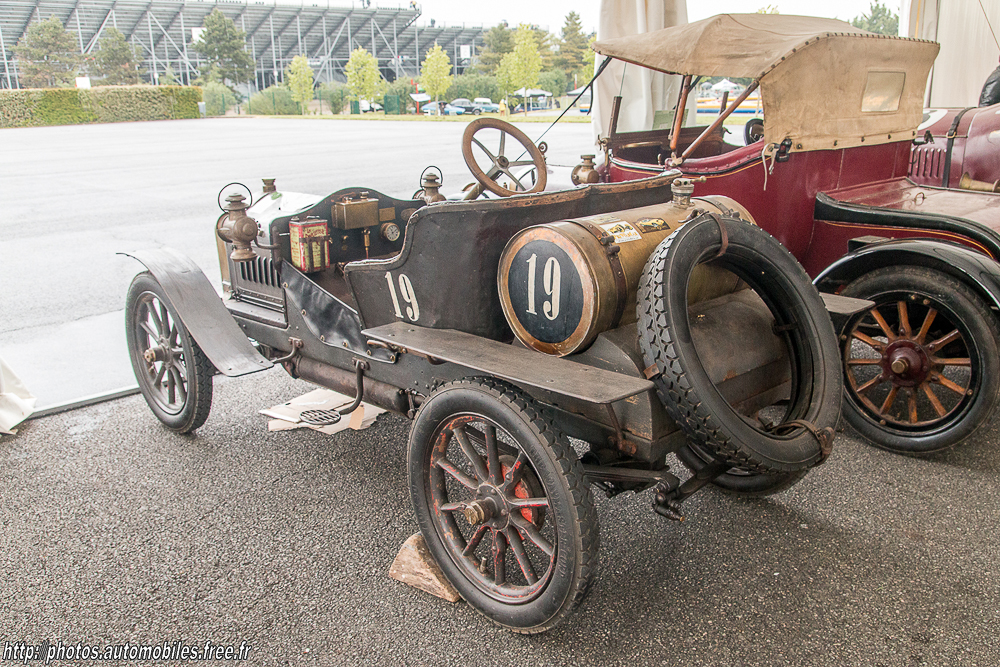 I suspect a Water-cooled Single would be more likely in something like this. 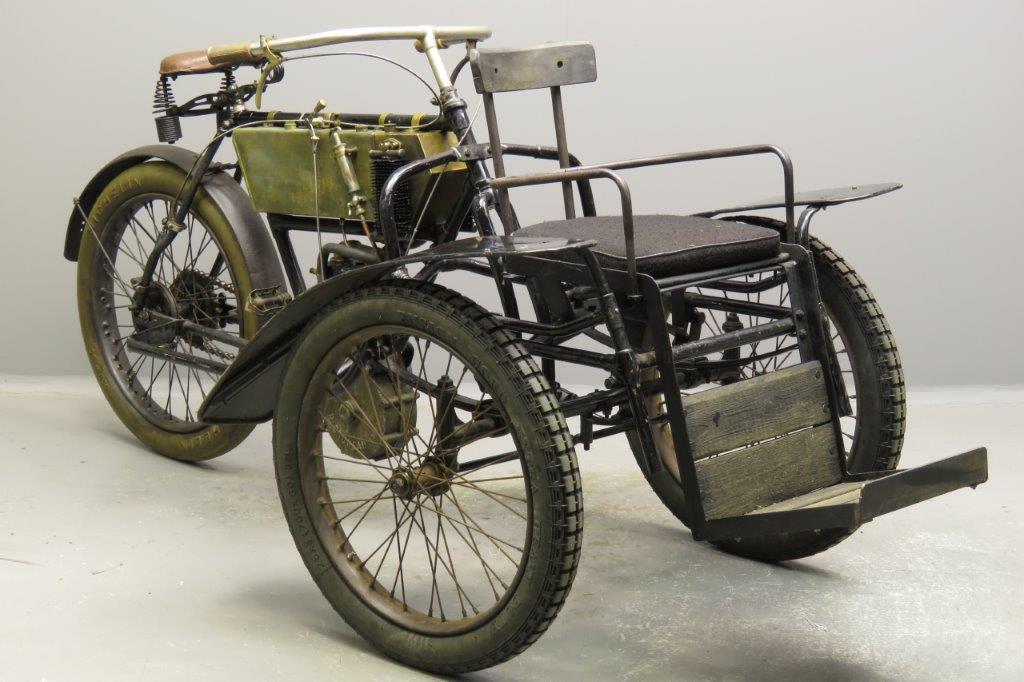 Yes not a Stimula but a contemporary offering from De Dion Bouton with a single cylinder water cooled engine.


NewcastleFalcon wrote: ↑
25 Sep 2020, 11:30
I suspect a Water-cooled Single would be more likely in something like this.
Tricycle pic!

Then again I find out that De-Dion Bouton produced many single cylinder water cooled cars in the early 1900's before multi cylinder engines took over. This example here is 1907 DE DION BOUTON 8HP TYPE BG SWING-SEAT TONNEAU sold for £17,625. It has a single-cylinder 100 x 120mm bore & stroke, 943cc, water-cooled with mechanically-operated valves;


"Whilst De Dion Bouton introduced two-cylinder cars in 1903 and four-cylinder cars the following year, there were single-cylinder cars in its portfolio until 1912. Although fully appreciating the virtues of multi-cylinder engines - it was after all the first manufacturer bar none to volume produce a V8 motorcar from 1910 - the company had built its reputation on the high-volume production of cars with single-cylinder engines, and this still had its attractions for customers who valued simplicity above all else, and tolerated any minor shortcomings" 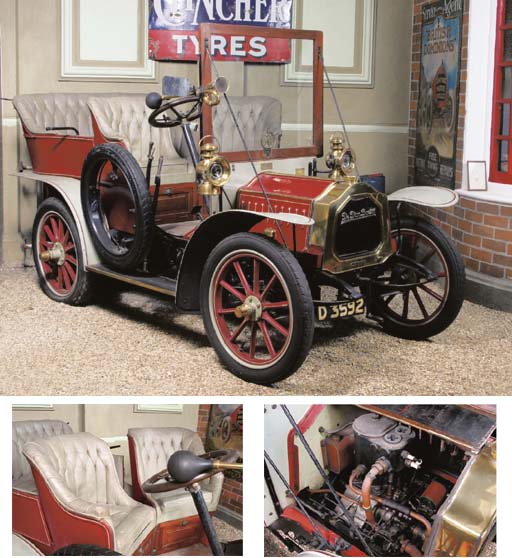 Did DeDion produce engines with other labels?
Top

Many constructors used de Dion-Bouton engines but whether they were stamped with their own name I dont know. For your engine though this piece from the de la Chapelle website would suggest at that time that Stimula made their own engines.


"Something exceptional for the time, when many constructors were using De Dion-Bouton engines, was that Automobiles De La Chapelle (Stimula) designed and built their own engines, having filed numerous patents."

I then found out that De Dion-Bouton made many cars with larger single cylinder water cooled engines in the early 1900's so just included the pics and the reference material as an example.

So do you have an idea of which car your engine came from?

I have no idea. That is why i try to get info from you here in this forum. I boght the engine in Sweden where it was used as a small timberboatengine. But it was "saved" from a carwreck to use in the timberhauler.
So, i got the engine, its running now and i would like to get an idea of what kind of wehicle it powered and perhaps build a replica.
Top

Did you see this bit of information from the flickr photograph. If I had to guess your engine may well have come from something like that.

I would suggest that you maybe e-mail dlc@delachapelle.com direct with some information pictures/ serial numbers of your engine and ask them which car it was likely to be fitted to.

What cc do you reckon your engine is. This if I read it right appears to show "1 Zylinder" "1726 ccm" which is confirmed by the Museum's records. Could be a candidate for your engine.

That particular car is in the Oldtimermuseum, Koller, Heldenberg, Austria

Again you could e-mail them to give you info about the 1908 Car they have, send you pics of the engine etc to match up with yours. I'm sure it wouldnt be too difficult for them.
https://museum.rkoller.com/Contact