The 75th Anniversary of VE Day.

Now this is known unofficially as a Class 75 Steam Locomotive but in the 1880's when it was built it was merely a "general goods engine" working in the docks. The Class acquired its "75" because the first engine of the type to be built was numbered 75. 30 were built and the last one remained in service until 1960.

Only one remains, and is located at the Bluebell Railway where (for me anyway) there is an interesting account of its history. As is the case it has had a series of different numbers as railway companies changed over the years. So I have selected one where at least 75 was part of the number

Does this the Vandutch 75 have Rhenium in its turbo blades I wonder?

Endless Style - The newest VanDutch to hit the water. The 75 widens the abilities of the VanDutch line, with more interior cabin space, power, seating, and technological advances. The same VanDutch is now bigger & better.

Another car with the magic number, the Jaguar C-X75 :

"The Jaguar C-X75 is a hybrid-electric, 2-seat, concept car produced by British automobile manufacturer Jaguar Cars in partnership with Formula One team Williams F1 which debuted at the 2010 Paris Motor Show. The powertrian of the C-X75 concept is rated at 778 hp (789 PS; 580 kW) through four YASA electric motors, each of which drives one of the four wheels. The batteries driving these motors are recharged using two diesel-fed micro gas turbines instead of a conventional four-stroke engine. It was described as a design study that would influence future design and technology".
Top

Fancy a bit of Maori?

Ake ake kia kaha
(For ever and ever be strong)

The first of a few two wheel contributions, the Honda XR75

"Perhaps no machine in history has introduced more young people to the joys of motorcycling than Honda’s little XR75. Starting in 1973 as a race bike, and later transitioned to a play machine, the XR and its decedents provided America’s youth (and often their parents) with four decades of uninterrupted fun.

In the 1960’s, Honda was one of the most popular motorcycle brands in the world. They had made their name producing inexpensive and reliable commuter machines with names like Cub, Dream and Hawk. Unlike most brands of the time, Hondas didn’t leak, belch smoke or refuse to start at regular intervals. They generally went about their business in an unassuming manor and won over thousands of buyers not normally attracted to the rebellious and rambunctious lifestyle of sixties motorcycling. With bright, clean and well-lit showrooms, reasonable prices and tag lines like “You always meet the nicest people on a Honda,” they were the motorcycle for the common man."
Top

We could have a race on the motorbikes I'll shove another little bit up on 75 Squadron

In February 1958 Her Majesty Queen Elizabeth the Queen Mother presented No 75 Squadron with its Squadron Standard, the squadron having earned the Sovereign's appreciation for outstanding service. Fourteen Battle Honours were awarded, eight of which are depicted on the Standard.

Where you have aircraft in the sky, you normally have radar of one sort or another....... 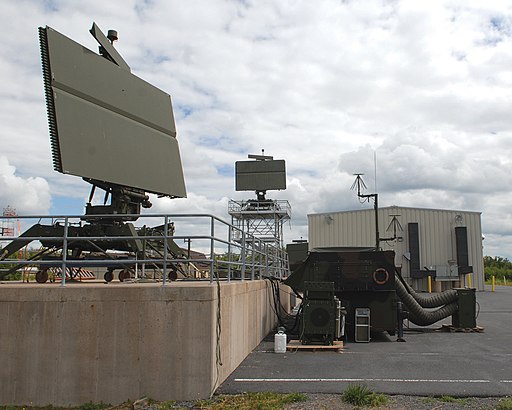 And one such aircraft that might benefit from that radar would be the Learjet 75:

"The Learjet 75 accommodates up to nine passengers in superb comfort and luxury. It comes complete with all the features you require for both relaxed and productive business travel. The spacious cabin design has plenty of head, shoulder, foot and elbow room. Luxurious leather double-club style executive seats swivel, recline, and adjust laterally for individual comfort. Extra-large handcrafted foldout tables provide generous working space. Nearby power plugs for your computer maximize your efficiency. Equipped with internet connectivity, 7" personal touchscreens and a 12.1" bulkhead-mounted high definition flat panel screen, the cabin entertainment system can be connects to both iPods and iPads."

Another radar benefactor may have been the Potez 75:

"The Potez 75 was a low-cost, simple, ground-support, observation and launch aircraft for anti-tank missiles, designed and built in the early 1950s, for use in colonial conflicts. One hundred and fifteen were ordered in 1956, but cancelled in 1957"

Not to forget the P75 Eagle:

"The General Motors/Fisher P-75 Eagle was a fighter aircraft designed by the Fisher Body Division of General Motors. Development started in September 1942 in response to United States Army Air Forces requirement for a fighter possessing an extremely high rate of climb, using the most powerful liquid-cooled engine then available, the Allison V-3420. The program was cancelled after only a small number of prototypes and production aircraft had been completed, as it was no longer required in its original role, could not be quickly deployed, and possessed no significant advantages over aircraft already in production"

The only song with 75 in the title? (unless there's another one of course!)

Well another musical interlude to keep us going....mercifully the seventy five reference comes early-ish in the song. Its comes in the total of the boy's invoice to his mother.

I usually like going for originals...which was sung by Melba Montgomery but I have to plump for J.J. Barrie's 1976 version. Its excruciatingly awful.....but in 1976 the start of New Wave and Punk on our shores it reached Number 1 in the UK Charts.

Excruciating that was but well qualified for the thread!! The title No Charge got me thinking of Depth Charges for some reason and I wondered if there were any pictures of U75 from WW2. Unfortunately I could not find a picture although I did come across a WW1 U75: