Yes James I probably interspersed some undisclosed extrapolations from the actual words in the brief "news" snippet.

"James May didn't drive his Tesla Model S for a long time and the battery died." So "long time" becomes months

I don't really get what he was doing with his charger. Did he leave the car plugged into the charger for the whole of the "long time"

That presumably wouldn't have have put communications powered by the 12V battery to sleep and probably half the reason for the battery drain. Wonder if the 12V battery would have drained if it was just unplugged as you normally would after a charging up session, locked and put to sleep.

Yes it would not be beyond the wit of man or Tesla/Nissan or anyone else to use what would be a small proportion of the energy from a fully charged traction battery to maintain the 12V battery when the car was not being used.

I don't really know if Teslas ever go to sleep with all of those security and communications systems, Tesla Sentry and the like.

I think that's about as much as I want to delve into it on sketchy information of the circumstances, but should Simon troop along I'm sure he could give the accurate information, chapter and verse on TESLA's 12V battery management systems.

PS I thought Simon had posted something up on such matters

Mandrake wrote: ↑
07 Feb 2020, 10:19
Interestingly early Tesla Model S had a similar strategy of not keeping the 12v battery constantly topped up to 14.4 volts when the car is driving, allowing it to approximately 50% discharge before topping it up again - and they had a lot of premature 12v battery failures, sometimes as soon as 2 years, probably because regular Lead Acid batteries don't like being deeply cycled. Later versions of the Model S addressed this problem both by swapping to a deep cycle 12v battery and also modifying the charging protocol to not allow it to deeply discharge on a regular basis.

Does that not have a cigar lighter or similar socket that you could trickle charge through.

I've kept my C5 topped up whilst standing during the lockdown with a solar charger plugged into the diagnostics socket.
Top

There isn't a comfortable home for this but this thread is the closest, so:-

Interesting, but I feel it will take a long while for car manufacturers to adopt the design, the clue is in the title "..needs-no-maintenance....." which also possibly means it will run for ever and not need replacing! (this along with Teslas 100,000,000 mile battery!)
Also as a side note, before I stopped working I was made aware of friction-bearing less motors, wher the ameture shaft runs in a magnetic field, this reduces heat which thus maintaining efficiency.
Top

If talks turn into action great news. About time Nissan woke up from their slumbers. Stellantis are going to leave a nice little hole in the UK Manufacturing Market easily expanded into if they don't start having some positive plans for their Ellesmere Port and Luton plants away from an inevitable decline by continuing to make dead-end products, and Honda prematurely have exited stage left. Crank it up Nissan.

At least there is something down on paper, better of course when they get the groundworks started but they aim for 2023 to be all up and rolling. Maybe not Tesla-esque in speed, but the sooner the better. Raising investment shouldn't be a problem, and strategically and politically it has to be seen to happen.

Interesting reading the comments. Local residents tend not to see the strategic view, the economic development and employment opportunities. They also forget that up to 2001 they had a pair of coal fired power stations on that site. 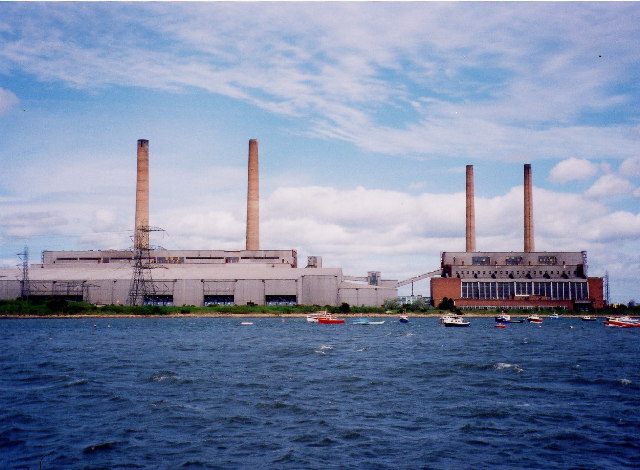 The stimulus of moving away from fossil fuels is creating a new wave in innovation in batteries. Lithium-ion remains the current king and has developed on an industrial scale rather then a lab scale. The challenges scaled-up lithium ion chemistry is presenting in terms of lithium and rare earth metal supply, are stimulating further innovation.

Aluminium, and carbon is abundant and if the chaps from Australia and elsewhere can make a reliable, long life, energy dense battery which is better and cheaper than Li-Ion using more abundant and cheaper materials, that's going to be a better mousetrap with people beating a path to their door to get one.

Proof of the pudding is turning the lab work up into industrial processes and large scale production which investors are prepared to take a punt on.