Well here's a european battery factory, on the ground and in production. Yes "world leader" the UK (if you believe the BS) has had a battery factory for some time up at Sunderland but as reported here Nissan have sold the controlling Interest to a chinese firm Envision. Maybe in the battery race, the "world leader" is just pacing itself and conserving energy for the sprint finish

SK Innovation’s battery production plant in Komarom, Hungary. Currently, the Plant 1 to produce batteries with an annual capacity of 7.5 GWh is completed. When Plant 2 is completed, these facilities will be able to manufacture batteries of 16.5 GWh per year. 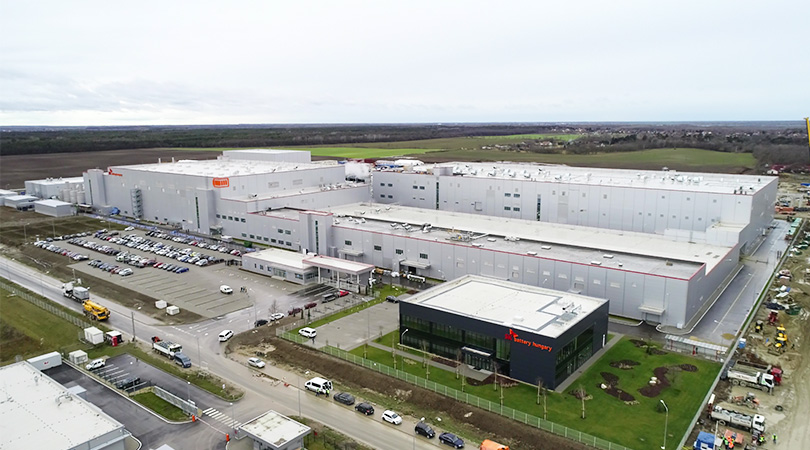 Bit of old Battery News but worth repeating


NewcastleFalcon wrote: ↑
03 May 2019, 22:23
Haven't checked but wouldn't be surprised if Europe wasn't even in the race, and precariously heavily dependant on supplies bought in from the far east.

James mentioned that Countryfile did a piece on Lithium from Cornish Tin mines, just caught up on it tonight. It was part of a more general piece on Electric Vehicles and Battery manufacture in the UK. A chap from the Faraday Institution Powering Britains Battery Revolution, provided his two-penneth.

The Faraday Institution is the UK’s independent institute for electrochemical energy storage research, skills development and market analysis. We bring together research scientists and industry partners on projects to:

Meanwhile the big players in the Automotive Industry, and the Battery Companies almost exclusively from South East Asia, get on with shaping the future of where automobiles and batteries will be produced. Some major change has to happen if the UK is going to feature at all. Currently the battery production is small scale compared to the gigafactory scale being developed elsewhere. This article mentions only two installations one adjacent to Nissan at Sunderland, now owned by the Chinese, which assembles battery packs for the Nissan Leaf, while JLR is investing at Hams Hall near Birmingham to assemble battery packs for the new Jaguar XJ EV it is again small scale and battery cells will - it seems - be imported.

DEcent enough summary of the UK's position in the Battery Race!
Why a battery Gigafactory is key for UK automotive, a guest opinion
(David Bailey, senior fellow at The UK in a Changing Europe and professor of business economics at Birmingham Business School.)

On the active topical subject of state aid....in this case the states of Europe state aid....PSA and Total getting a nice little hand-out to help them build a gigafactory or two in France and Germany.

So we have two 24 GWh Battery factories planned one at Douvrin (France) and the other at Kaiserslautern (Germany). Total, with its battery subsidiary SAFT, will contribute its expertise in R&D and industrialization, while the PSA Group to contribute its knowledge of the automotive market and its experience in production.

SAFT decribe themselves as "A Battery Maker like no other" They are a wing of Total the well known producer and supplier of Oil Natural Gas and Low Carbon Electricity.

PSA have also signed a contract with SVOLT for 7 GWh. So who are SVOLT? The battery wing of Great Wall Motors.


Appropriate as 'Douvrin' was a series of engines designed in the 1970s and produced from 1977 to 1996 by Compagnie Française de Mécanique, a joint-venture between PSA and Renault

The famous PRV V6 engine was made there too..

Wonder if this new battery factory is on the same site as the old engine factory?
Top

Decent amount of info about Douvrin here Jim PSA already have a presence there as you say. 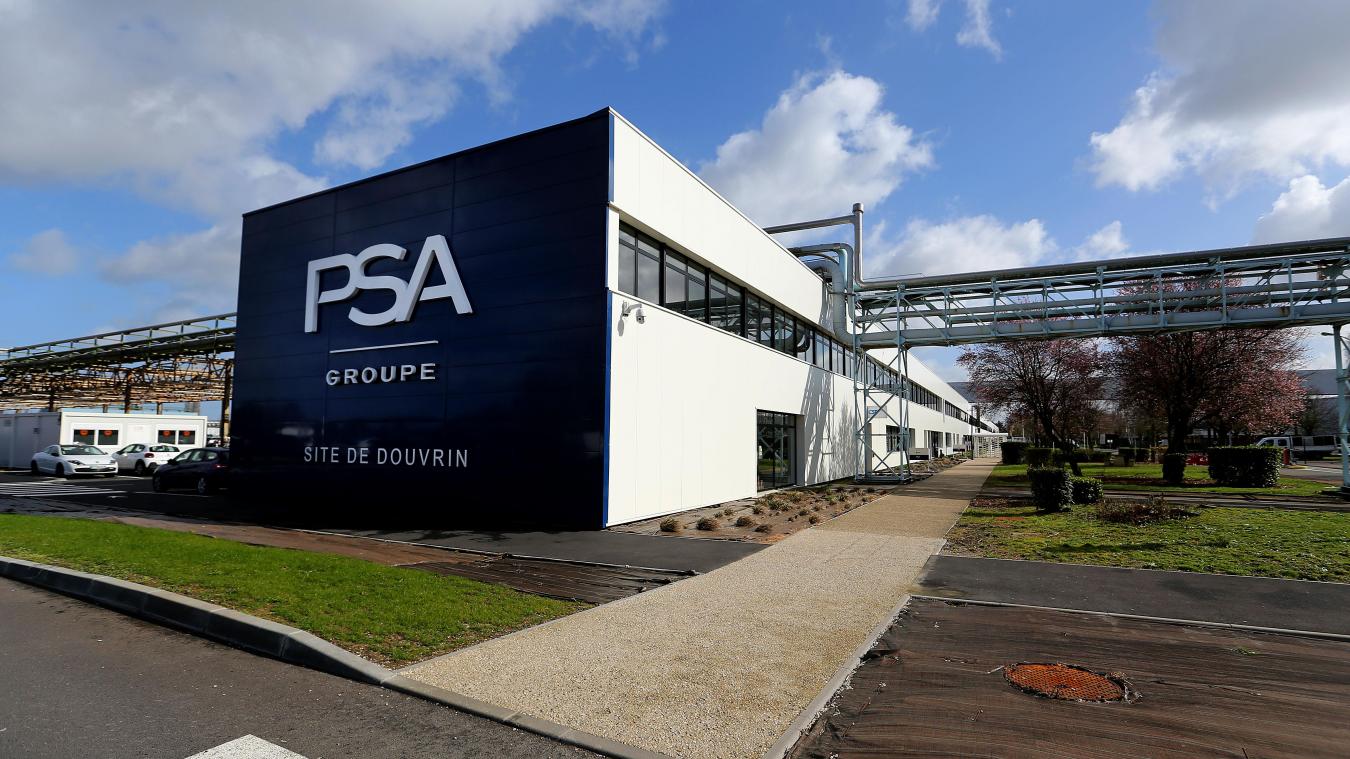 As I read more about the European Battery Project, and its support from the European Commission the more the UK needs to speed up to even finish last in the "battery race". No doubt at all in my mind that to compete the gloves have to be off, the EU is certainly not shy about "state-aiding" the battery race, or its automotive and energy industries.

Start up company POWER BY BRITISHVOLT PLC, not sure if they have ever made /assembled a battery but probably know people who have. Apparently Pininfarina designing their site in Wales. The large-scale battery manufacturing site will be at the former RAF base of Bro Tathan.

Swedish and United Arab Emirates connections for the main movers in the start-up company on Companies House records.

Same site as Aston Martin have their factory building their ugly SUV....maybe pininfarina can pop round and hammer it into a more pleasing shape.

NewcastleFalcon wrote: ↑
21 Sep 2020, 18:41
maybe pininfarina can pop round and hammer it into a more pleasing shape.


I wish they would Neil!
Top

Currently the Lithium Ion battery is the king, and while researchers research away, all the industrialisation of current battery production is geared towards Lithium Ion.

So it comes as no surprise that TESLA have recently announced at their "battery day" event yesterday that they have the rights to a 10,000 acre lithium clay deposit in Nevada.


https://cleantechnica.com/2020/09/23/te ... -business/
On the topic of lithium, Elon Musk said that there was enough lithium in Nevada alone to electrify the entire US. He also said that Tesla recycles 100% of is vehicle batteries today and hopes to cut cobalt out of batteries entirely. If he can do this, use more nickel, and make several other improvements throughout the full battery production process, this could cut the costs of EV batteries in half.

I've read this, bits and pieces from TESLA's Battery day.

Possibly lengthy and of limited appeal but I came away with the impression that TESLA are switched on, focussed, innovative, and way ahead of the rest of the automakers. Batteries are key and they recognise that Panasonic, LG, CATL and the rest will not be able to supply the 40-50% growth year on year TESLA plan. Their requirement of 100 GWh is expected to rise to 3 TWh by 2030 for their automotive and energy storage business.


We intend to increase, not reduce battery cell purchases from Panasonic, LG & CATL (possibly other partners too). However, even with our cell suppliers going at maximum speed, we still foresee significant shortages in 2022 & beyond unless we also take action ourselves.

I suppose you have to look at the source of the information, very much pro-Tesla, and you might conclude, "well they would say that wouldn't they......."

Will the petrol station go the way of the "payphone"? More likely than not if 2 million mile batteries hit the shelves!


Mandrake wrote: ↑
24 Oct 2020, 18:36
Despite the name of this video suggesting it is focusing on Tesla battery design, the bulk of the video actually goes into examining the supply chain of the materials used in a Lithium Ion battery and gives some interesting numbers.