Teslas waiting to charge up in Hope, BC, to continue to Vancouver.
Top

So making its debut on the FCF, time for a Sunday morning read of the "The Chilliwack Progress"

Not strictly electric cars, but pertinent to their batteries.... it's not going well for Tesla's 'Big battery'' in Aus!!

Part of the developing charger network in Scotland, backed by funding from the Scottish National Investment Bank, Forev aiming to provide 1,700 chargers across Scotland.

Just like the petrol station network is currently dominated by a few big players, swallowing up the smaller players, the landscape of on road charging at the end of a further 10 years, is likely to be concentrated in the ownership of the big energy players by acquisition. 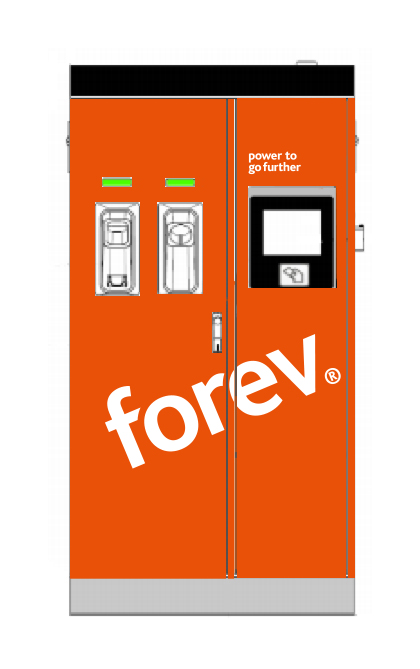 I found this a good read, full of all sorts of interesting insights...
https://www.theguardian.com/environment ... ectric-car.

And Allegra Stratton, being less than inspiring. Poor lass, whatever happened after all that hard work on Newsnight and with Robert Peston?
https://www.theguardian.com/environment ... okesperson
Top

Spotted that there is a charging point at the Angel Of The North. Odd name that I can't remember.

Ms Stratton should really be driving an Allegro.
Top

Fastned have multicharger stations in Newcastle in a University Back Street just up from the footy ground behind the garage, and one in Sunderland. viewtopic.php?p=657540&hilit=fastned#p657540

Also on the Gateshead Council Website. The trail across the pavement charging option is frowned upon and has legislative backing to take enforcement action in their view.


Under Section 162 of the Highways Act 1980 it is an offence to place or run a cable across a highway and may lead to enforcement action. Therefore, it is not permitted for cables (with or without cable tunnels) to trail from your home across the highway to your car as it will cause a safety hazard for pedestrians. Further, a cable trailing in such a manner can limit accessibility of the footway on people with disabilities.

We recognise the difficulties for people living in flats or terraced houses without off street parking. To help with this we are working to increase the numbers of chargers at other locations.

The Guardian is currently running a sheaf of articles and letters about EVs, and the future of transport.
This 'long read' article is rather good, and looks back to the first EVs in Victorian times, and what followed...
https://www.theguardian.com/technology/ ... -transport
Top

white exec wrote: ↑
04 Aug 2021, 11:11
And Allegra Stratton, being less than inspiring. Poor lass, whatever happened after all that hard work on Newsnight and with Robert Peston?
https://www.theguardian.com/environment ... okesperson

I read the story on the electric and Tesla centric site Electrek. Not many supporters there for Allegra Stratton, but for balance some respondents offered an alternative view.

In another guardian article titled Experts defend electric cars after Allegra Stratton comments, it was reported that the she only drives 3,000 miles in a year. Not that many 500 mile round trips there then!

Currently not even my bargain basement short range electric car, and definitely not a new long range Tesla or anything else new, whether EV or ICE.

Surprisingly a third hand VW, may well come into the consideration, as being a car suited to her needs.

Yes in her position you would perhaps expect her to be more switched on and knowledgeable about electric cars and infrastructure, but her view is currently repeated across much of the driving population. Very important in the switch to electrification is the arrival of a decent supply of affordable secondhand. It will be a few years yet before that has a chance of happening, and as of now the climate change spokesperson is not the only one thinking the time is not quite right for me.

There has been a few extra months of freedom, as the Northumberland CC Rapid chargers 35p/kWh from the 1st April never materialised other than a small box of unlinked gubbins on the outside of the charger cabinets.

Now a sticker has appeared on one charger so the freebie may be coming to an end. Still free because the contactless stuff isnt properly activated, nor is the App and it appears the sticker is as far as they have got.

As ever plug-in and pay with a bank card alone is too simple, as with all things there has to be an app as well. So another one pops up on the scene. LiFe EV App. Why? Some of us dinosaurs don't have a smart phone

Bank cards are pretty ubiquitous, and a cashless flash is all you need. Well....apps harvest your data as well as let you pay for stuff.

Looks like the "back office stuff" for the Northumberland CC Rapid Chargers has been sorted out now, and you need a bankcard/rfid card or a phone with the app on it to use the charger. First one was seamless and was pleasantly surprised to find that...the charge for our little top up was

I think they must be in a testing phase. Had another 1p job on the way home..its not going to last long so hay was made

. Had to have a conversation with franklin EV, as the second charger was only showing RFID/Phone App access and not the pay with a bankcard. Very amiable and solved by remotely switching the charger on and off, and up popped the card option.

No more one new penny top ups. NCC and Franklin EV have got their act together and each charge at one of their 20 or so rapid chargers has now been reset at a hefty £0.36 per kWh. Currently that would be around 9p/mile and not far off a petrol equivalent, and pretty much in line with other on the road rapid chargers.

Still a few freebies around with hubsta, and the fast chargers (7kW) with a BP Pulse card, and if you have the app with Pod Point at Tesco and a few other locations. In general though Rapid Chargers (50kW and above) on the road all charge around £0.35/kWh.

Our Suzuki works out about 10p/mile, the 3008 about 12p/mile and the camper about 15p/mile. So while electric is cheaper it isn't by that much if you rely on non domestic charging. My argument about running EV's is recharging - its cost and availability. I have not even considered the exorbitant premium price difference between EVs and ICE - that is just a game killer before you even start. I can fill the tank of any of my vehicles and drive to my daughter's without refuelling. There are not a lot of EVs that can do that.
Top
Messages: 553