I might suggest that the UK has been the world leading manufacturer of electric cars for over 70 years!!

mickthemaverick wrote: ↑
13 Mar 2021, 18:21
I might suggest that the UK has been the world leading manufacturer of electric cars for over 70 years!!

I have been trying to find out the actual number but no luck so far, however I am certain we have made more than Tesla and China put together!! Mind you they do all have one thing in common:


Spoiler: show
Scalextric written on them!

mickthemaverick wrote: ↑
13 Mar 2021, 18:40
I have been trying to find out the actual number but no luck so far, however I am certain we have made more than Tesla and China put together!! Mind you they do all have one thing in common:


Spoiler: show
Scalextric written on them!

I see....Don't count anything made in the last 20 odd years or so if the bottom of this Ford Focus is to be believed

Hornby Made in China

They started making them in Spain in the late 80s and then brought in various other plants but as far as I know all the cars made pre 86 were in the UK, after that the UK maintained similar production while Spain began making additional stock. Once they started in the far east really don't know how the numbers panned out but I suspect that total UK production since 1957 would still outnumber anywhere else given that we had a 30 year start!! I owned over 240 myself in the seventies in common with many many more worldwide enthusiasts!! I only have a few specials left now but I still watch out for certain cars in auctions etc!

One of only 2 EV's models currently rolling off UK Production lines, The Mini Electric, made by BMW at Cowley, Oxford, is also to be made in China in a joint venture between BMW and Great Wall.

...and in more mini news in english.

From 2030, the Munich-based car company wants to sell only electric models of the small car. Other German manufacturers are also increasing the pace of abandonment of the incinerator.

Looks like BMW after the announcement for its Mini Brand are expected to make a further announcement of the targets for the entire BMW range soon...

"In 2023, an electric successor to the hybrid model Countryman is to roll off the production line in Leipzig.
The joint venture with the Chinese manufacturer Great Wall Motor plays an important role in the plans for the Mini. Also in 2023, this partnership is expected to produce the first electric mini to be produced locally for the Chinese market. The small car is considered predestined for rapid electrification because it targets an urban, tech-savvy clientele.

From Hyundai/LG Chem Batteryfiregate to BatteryIntellectualpropertygate. Hyundai switch to SKI from LG Energy Solutions, LG Energy Solutions reportedly paying 70% of Hyundai's battery recall and replacement in their vehicles, meanwhile over in the USA SKI found to have stolen LG Chem's intellectual property, and are banned in the USA for 10 Years. Now SKI's brand new factory in Georgia is under threat due to the ban....


NewcastleFalcon wrote: ↑
25 Feb 2021, 19:38
There may be a bit of intrigue in a back story to make of what you will. LG Energy Solutions are South Korean, but the battery cells were produced in LG Energy Solution’s Nanjing plant in China. The "We aren't to blame" position predictably comes from both Hyundai and LG Energy Solutions.


https://electrek.co/2021/02/23/hyundai- ... for-e-gmp/
Meanwhile Hyundai plump for another South Korean Company SKI, and Chinese Battery Giant CATL, to supply their batteries for their new E-GMP Platform for their EV's


https://asia.nikkei.com/Business/Techno ... glomerates.
On the side-lines SKI batteries have been banned for 10 years in the USA, after a judgement in favour of LG Chem and against SKI for theft of LG Chem trade secrets. (LG Chem are now LG Energy Solutions)

Perhaps the USA wants good old American batteries, but they may have been a little heavy handed with SKI.
After all they have built a huge brand new factory in Commerce Georgia, er...just the type of thing that particular region, and the USA in general needs in the eV transition. I wonder if they will go soft on the ban if its effects are shutting down the new factory before it starts. I suspect the ruling maybe watered down and principles ditched in favour of jobs, and the economy. Joe's having a visit. I'm sure LG Energy Solutions who are closely in bed now with General Motors and their Ultium Battery developments as well as engaged with TESLA, will not want to see SKI getting away with it and being allowed to circumvent the ban, and run a rival factory.


Last month, the US International Trade Commission (ITC) quietly issued a ruling in a trade dispute between SK Innovation (SKI), a South Korean battery manufacturer, and one of its Korean competitors, LG Energy Solution (LGES). The effect of the decision, though, would be anything but discreet. It would force the closure of SKI’s enormous, brand-new factory in Commerce, Georgia, the largest manufacturing investment ever made in the state. And believe me, when you drive north on Interstate 85 and see the facility, it is mammoth. Irrelevant car news....Ford announces the end of production of the Mondeo from 2022.

Can you answer the question for Ford, "the backbone of Britain" and the Ford Mondeo the iconic car of the sales representative in the United Kingdom.

How many Ford Mondeo's were made in the United Kingdom

Co-incidenally today at CCA auction you could have bought a "time-warp" Mondeo with only 847 miles travelled.
Remained unsold. 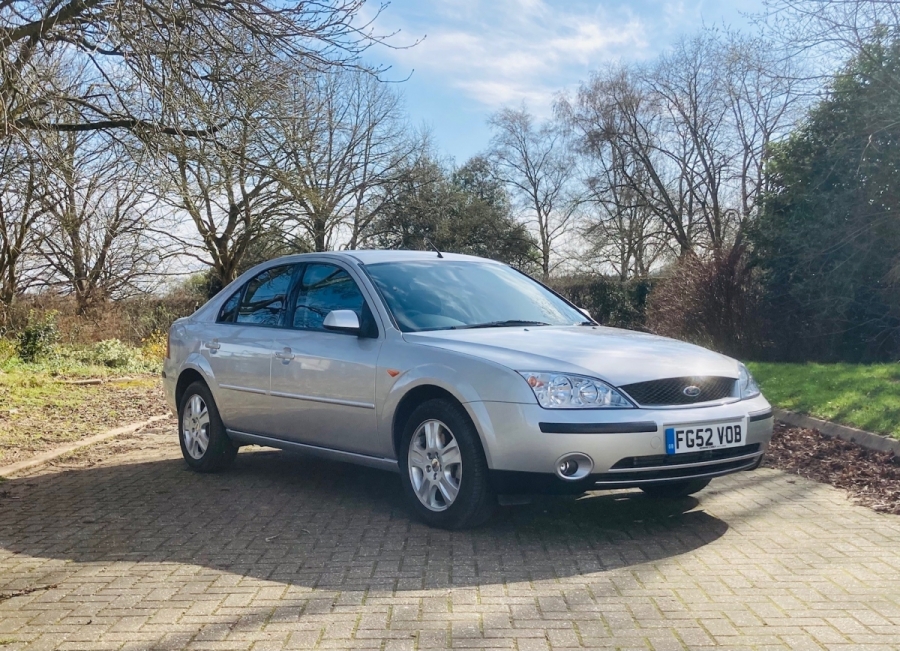 If wiki is accurate in its "manufacturing sites info" on all Mondeos from first generation to the end...none were made in the UK.

According to Wiki they were produced in Belgium, Russia and Spain so my second answer would seem to be correct - 0!!

A case of parallel posting there!


That's been on the cards for years now, I think they will find another use for the site and workforce quite quickly a lot of skill there.
Top
Messages: 392