To add to our little open top thread £3,000 would have bought you this at the "Historics at Brooklands" Auction on 13th July. I reckon you would have had a chance of being the only Renault 5 Convertible owner in your neighbourhood. Barons had this up for auction on 16th July. Didn't find a buyer at estimate of £13,000 to £16,000.
It is a 1961 Renault Floride and I do have a hankering after them, but not at that sort of price. Looked in pretty decent condition and they rarely come up so a little bit surprised no one got near the price. 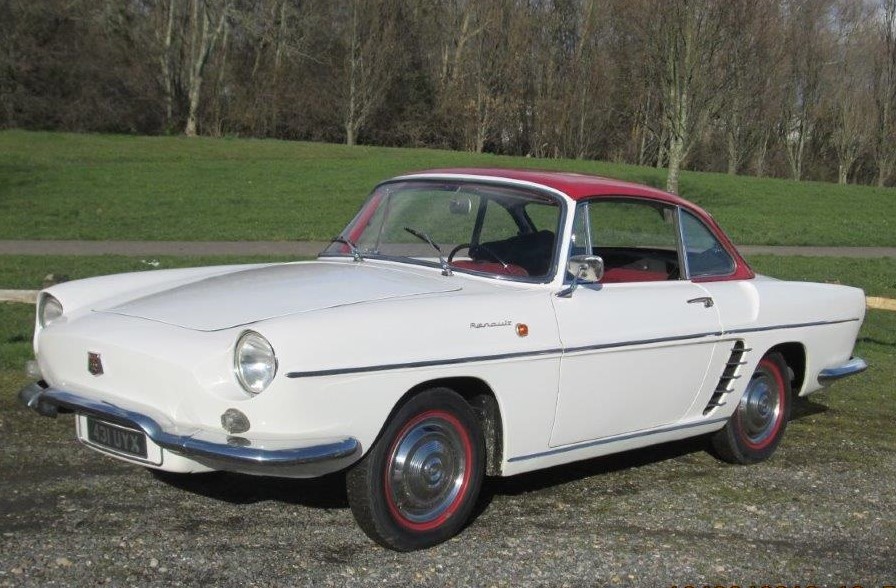 Anyone for an AX BB Cabrio-GT 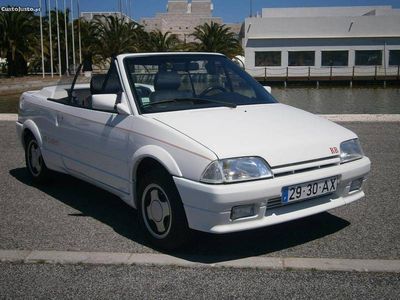 Not really the time of year for it, although I have seen the odd one doing a bit of open-toppage this winter.

Brightwells have just added a couple of convertibles to their Feb 18th timed Auction.


Fancy a summer with a V6 SAAB Convertible probably for less than £5K
https://www.brightwellslive.com/lot/details/503595

This is a bit of an unattractive prospect for a car to use and drive as its value is tied up in its nearly new mileage (75 only) https://www.brightwellslive.com/lot/details/503233

The value lies in the untra-low mileage, so what would it cost to drive it for a few days????

We had the same issue when presented (in 1988) with a 1977 P6 2200 auto with just 21 miles on the clock. No takers - although the Avocado body and Mango interior may have had something to do with it.

Still a nice car after a 2,500 mile summer, but never again an unregistered "new" vehicle. Still get a bit of a premium for it due to condition. I think the auctioneers expect it will go to a collector/ museum rather than a user.

Interesting balancing act. It will presumably sell for less than its brand new price, which you wouldn't think about losing value if you bought it as a new car to drive on a daily basis. So does the fact that it is an old car already really make any difference to that philosophy? I would never buy another new car now having been harshly bitten twice in my life by the depreciation wolf.

So I now try and buy low mileage used cars which have already depreciated by around 60% or more and thus I often actually make money or break even by changing every year or so having improved their general condition during my ownership. Hence I might buy that car if the price didn't go much over 40% of its original new price.

I remember Derek on Bangers & Cash having an ultra low - delivery miles only - mileage car for sale, and saying that they weren't necessarily a good buy. Reasoning being that you can't really do anything with it. You can't reasonably buy it to use as a daily runabout due to its 'historic' nature, so you're left with a car you've either got to leave in a garage, put in a museum, or trailer to the shows.
Top

bobins wrote: ↑
24 Jan 2021, 21:37
I remember Derek on Bangers & Cash having an ultra low - delivery miles only - mileage car for sale, and saying that they weren't necessarily a good buy. Reasoning being that you can't really do anything with it. You can't reasonably buy it to use as a daily runabout due to its 'historic' nature, so you're left with a car you've either got to leave in a garage, put in a museum, or trailer to the shows.

Yes I guess if you want a car to take round and show it would do but, in my view, it's not really old enough for that. However If you happen to love the particular model which you wish you had bought new when they were available you could view it as a second chance to buy and use one anyway. From Neil's findings it would certainly seem to be bought by collectors but they soon tire of it or simply people buying it as an investment and hoping to sell at the right moment. If I liked it and had spare cash it would be amusing to buy it and drive it for the pleasure of what it offers!!

Here's the list from Glenmarch of Peugeot 306 Cabriolets sold over the last few years. You will see our friend appearing several times 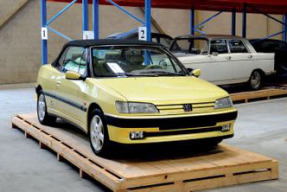 This is the modern world
Say no more!