The clutch on my Activa has always been a bit on the low side. This tended to be most apparent if there was anything beyond a paper thin floor mat in the footwell.

This afternoon I finally got around to seeing if there was any way to adjust the cable.

...However ended up failing to even locate it. I had assumed that the clutch arm would be pretty immediately obvious once the air cleaner was out, however all I've found so far are cables/linkages relating to the gearchange.

Anyone who knows the layout better than me able to advise where it's hiding (I'm guessing buried down the back of the engine needing access from underneath)? Also whether there is actually any adjustment available or if it's a purely automatically adjusted system...
Top

I know when I had to replace the clutch cable on one of my Xantia HDis' it dropped down, across the back of the engine, and then up and under the air filter box. It was also (both Xantias were 2000 reg) an automatic adjustment cable.
Top

My X2 Activa is hydraulic .....presumable the X1's are cable but surprised it's not readily visible

All ML5T gearboxes have a hydraulic clutch. No adjustments possible.
Top

I should have thought of that, as my C5 has a hydraulic clutch (as I found out when I had to replace the reverse switch).
Top

My defense is that 99% of the work I've done on Xantias has been on 1.9TDs! I did spot a cylinder of some description down there with a hydraulic line going into it...but there are a *lot* of innocuous looking bits of hydraulic kit on an Activa! Have to assume that was indeed the clutch slave.

Bother. Guess I'll just have to live with it then. Assume it's fed from the LHM system then? I've never spotted a separate reservoir for it...will need to double check the history file, but I'm sure this car has had a clutch at some point in the past.
Top

Tiny clutch reservoir NOT LHM (with black rubber push fit cover) is almost hidden in rear of engine compartment, on the upper bulkhead just underneath bonnet seal in front of driver's area ....
Top

Man I feel an idiot never having spotted that.

Just had a look at a couple of my old photos and reckon I've spotted it.

I never gave that thing a second glance... I'd always thought that was the inertia switch!

You'd really not think I'd been messing around with cars for more than 30 years would you...
Top

I think that on RHD Xantias, The clutch reservior is better hidden than that!

Late LHD xantias (1999 I think) did get a remote reservior under the bonnet.
The clutch reservior is just in front of the LHM tank: 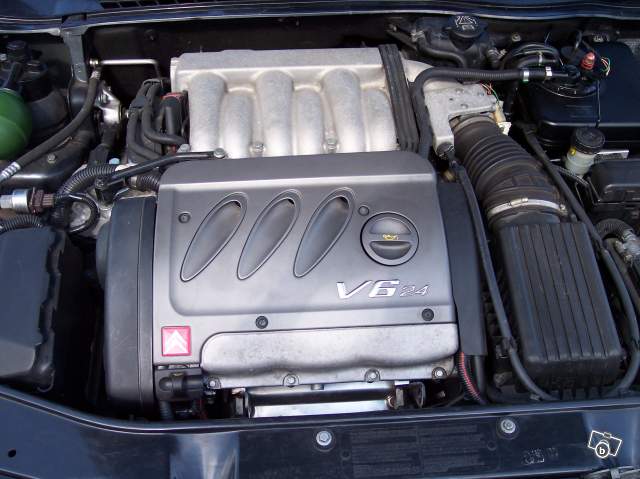 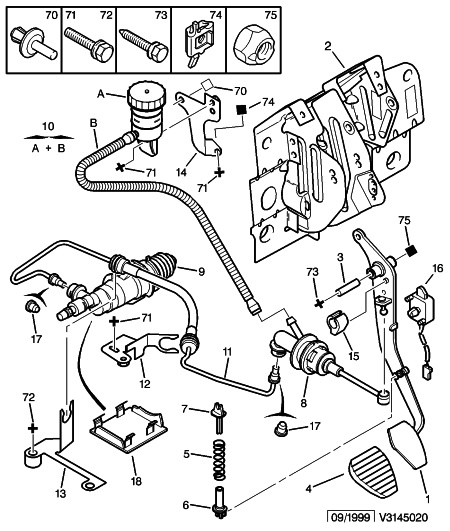 and is that a bleed valve on the end of the slave?

Note the switch (16) on the clutch pedal, is that a cruise control isolator or something else?

There is quite a bit of discussion of the hydraulic clutch system here: viewtopic.php?f=3&t=27041 .
Jim and I later devised a simpler bleed port which we used on Davies Activa:

CitroJim wrote: ↑
26 May 2016, 14:24
To get the clutch hydraulics working I needed to devise a way of bleeding the system, which by its nature is sealed for life and not intended to be bled...

Luckily I had a spare set of hydraulics in stock on which I could practice a method of drilling and tapping the hexagonal connector on the end of the slave cylinder to accept a short M3 screw... This worked OK: 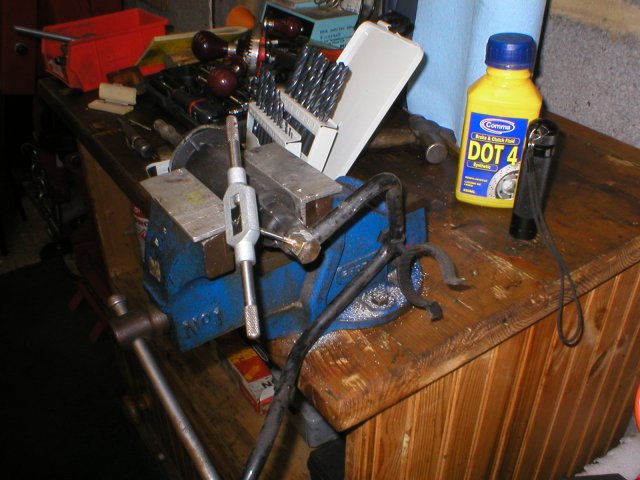 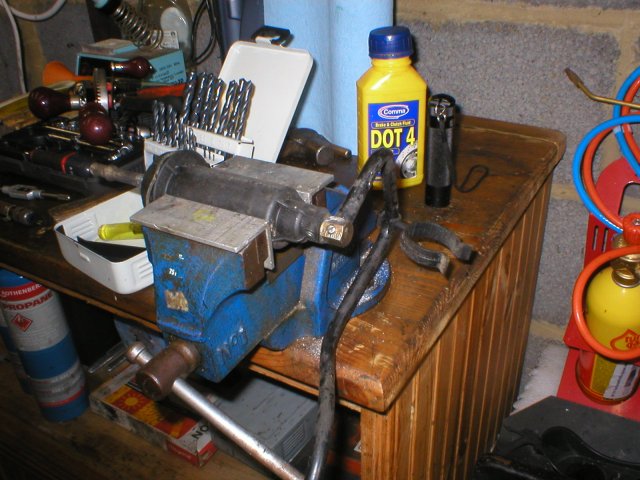 The drilling was done using a small hand drill and a very sharp 2.5mm drill bit.

I then moved to do the same on the car... Space is tight and the end of the slave cylinder needed supporting with a block of wood: 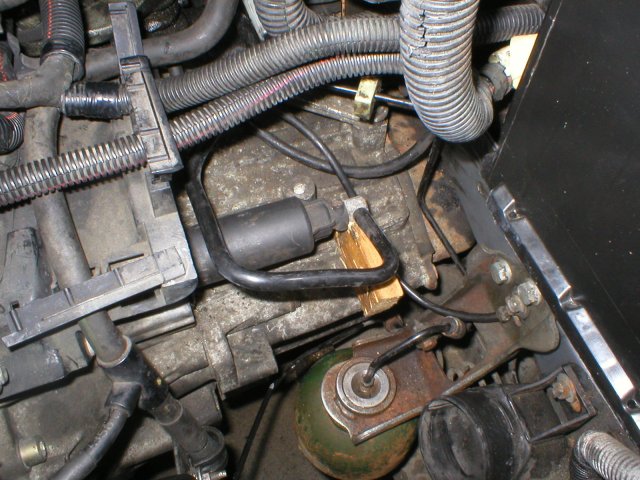 I put a tiny O ring under the screw to ensure fluid tightness... 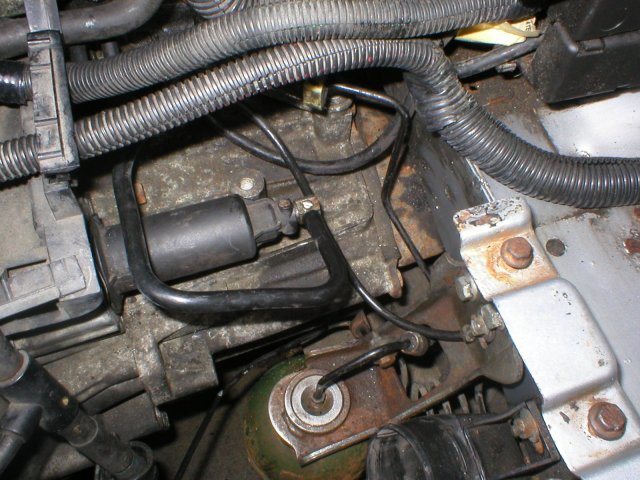 Use a wad of rag to catch the bled fluid 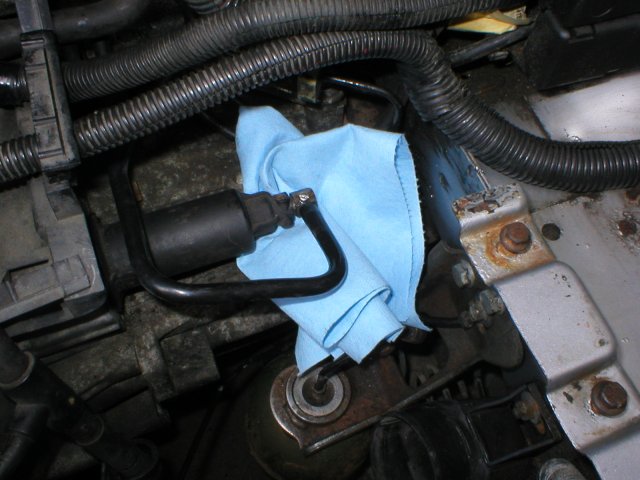 The Master cylinder needed topping up and it is a devil to get to. I lives under the bulkhead by the heater matrix connector. The lid can just be prised off and then the top-up can be managed using a funnel on the end of a piece of plastic tube.. 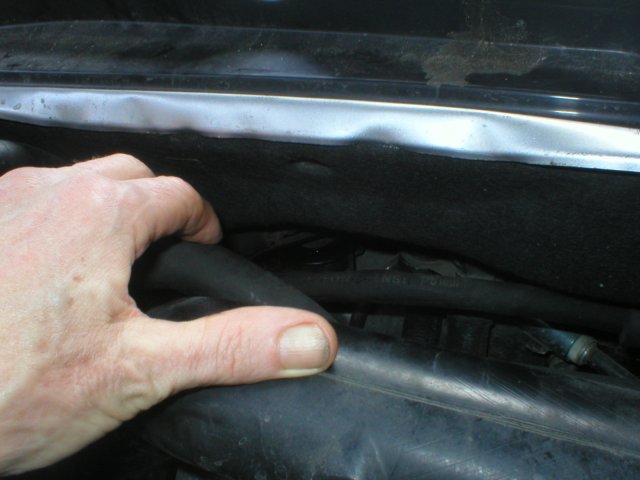 The lid of the master cylinder has a warning on it that says that it must not be removed...

The hydraulics use ordinary DOT brake fluid and not LHM...

So, just the gearbox oil seal and then all is sorted...

Ah ha, so I actually did find the slave cylinder yesterday then.

Why on earth did they not see it fit to fit a bleed screw on it?!?

Also also, yes the switch on the clutch pedal is for the cruise control system (where fitted) so is likely absent on my car as it doesn't (yet) have cruise.
Top

That's definitely the most ridiculously placed fluid reservoir I have ever seen.

What were they smoking when they decided this was smart?!? If the pipework wasn't that odd plastic stuff and there was a total lack of bleeding provision, I'd almost be tempted to relocate if to somewhere more sensible.
Top

Finally got a chance to look into this yesterday. No surprises that there was no fluid present. Topped it up...and then proceeded to drop the cap down the back of the engine while attempting to refit it. It didn't fall all the way out the bottom.

Hunting further for it is a job for when it's not raining. Thankfully I've other vehicles I can use in the interim.
Top

Bugger!!! Does the Activa have an engine bay undertray?
Top

Yes, but it doesn't stretch that far back. I'll get it up on the ramps if the rain ever stops and have a rummage. Haven't a clue how far down it made it before it served itself somewhere.

This whole reservoir is just utterly stupid. I'm honestly seriously considering just chopping the pipe off and fitting a proper remote reservoir with a proper lid somewhere more accessible... I've even got a spare Lada one in the garage with a couple of feet of hose and it's bracket attached...
Top
Messages: 14 • Page 1 of 1