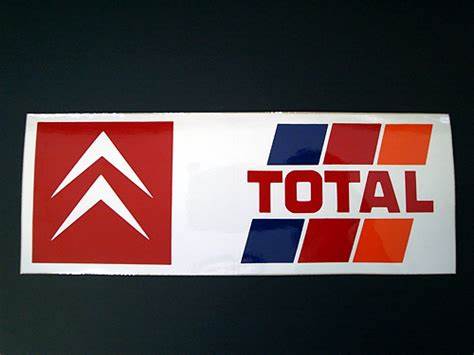 Whats in a Name? Well that sticker in the window of old Xantias, that was then and this is now

TOTAL IS TRANSFORMING AND BECOMING TOTALENERGIES

Most of the well known Oil and Gas Companies, are transforming into energy companies some faster than others, and there are shareholder revolts at oil and gas Companies who are resisting (Exxon/Chevron for exampleExxonMobil, Chevron suffer stunning shareholder backlash ) No one, especially your institutional investors, wants to be seen investing in Oil and Gas.

TOTAL have been active, as you might expect in the Hydrogen field, both green and blue, and in projects for a hydrogen infrastructure. Undoubtedly Hydrogen is the best bet our former oil and gas companies have.


Paris, May 26, 2021 – Total announces the acquisition of a stake in Hysetco, a French company dedicated to the development of hydrogen mobility in cities. Hysetco owns the largest fleet of hydrogen taxis in the world, launched in 2015 and operated in the Île-de-France region under the Hype brand, as well as hydrogen stations.

The Hype project aims to demonstrate for the first time on a large scale the viability of zero-emission hydrogen vehicles for urban mobility.

I can see Air-Liquide, Toyota and Total Energies having a large vested interest in promoting Hydrogen Taxi's.
An alternative exists, but without providing revenues to those players....order a fleet of BEV's., dump the diesels petrol taxi's quicker.

Whether its a good thing or not to use hydrogen for taxis or indeed cars in general, will be determined by pure economics. If the BEV is a better mousetrap for urban taxis, or cars in general, it will dominate. Let the fair fight begin, but BEV beware, Hydrogen however inefficient has some heavyweight supporters

Got my Riversimple Newsletter today, they have been going some time now, but at least have a couple of Cars out on Beta Test in and around Abergavenny and its hydrogen "pump".

On BBC South they have just spoken about a company called Ricardo who are looking to manufacture fuel cells powerful enough to be used in lorries and buses. They will be producing hydrogen in Shoreham, and getting their power from the Rampion Wind Farm.
Top

Early 2021, very soon, imminently, or some other unspecified date the UK Government will produce its first "Hydrogen Strategy" after careful consideration of the lobbyists who have made the most convincing case. It may be that the fossil fuel lobbyists will hold sway, and seemingly bonkers ideas like hydrogen through the gas grid may still end up in the plans. FF lobbyists know that not enough pipedream green hydrogen will be produced, but yes they can do a bit of blue and expand that over time. Meanwhile until that gets up and running and wool can be pulled over eyes on the Carbon Capture and Storage bit, they can produce as much grey as you want.

Hell Razor5543 wrote: ↑
01 Jun 2021, 08:36
On BBC South they have just spoken about a company called Ricardo who are looking to manufacture fuel cells powerful enough to be used in lorries and buses. They will be producing hydrogen in Shoreham, and getting their power from the Rampion Wind Farm.

Ricardo have a long and interesting history to do with engine design and refinement. It'll be very much in their interests to develop 'clean' fuel cells as their main site is slap bang on the banks of the River Adur - rising sea levels will be very apparent to them

Not sure how they are going to extract energy from Rampion, though the main supply from Rampion passes about a mile to the north of their site whilst on its way to Bolney. Perhaps they'll sneak a couple of jump leads onto the cable whilst no one is looking and run the hydrogen plant on that

What vested interest do this little lot have in common?

Something to do with green hydrogen production at a guess?

Came across them here. nice colourful collection of Logo's.
https://hydrogenstrategynow.co.uk/

We drove past the signpost to Spadeadam on the way home from the lakes. Well in land that time forgot territory. 40 or 50 trial hydrogen Boilers could explode and you wouldn't hear a thing, and the mess could be easily tidied up long before news reporters got anywhere near 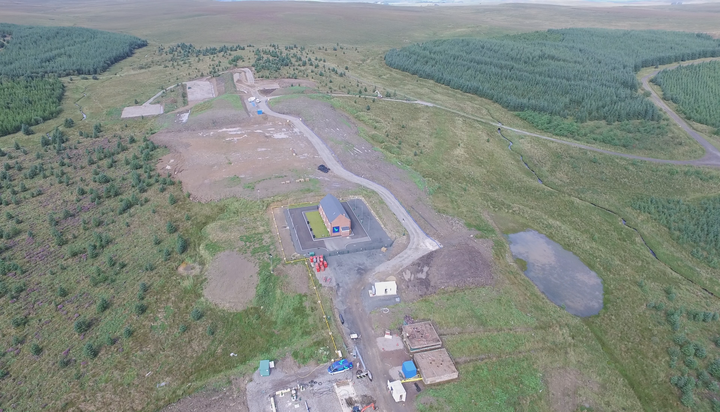 Who's at the helm of Stellantis.

Whats the most efficient way of managing their disparate brands, and creating efficiencies> I wouldn't have thought badge engineering of exactly the same van would be a good idea. So now Stellantis have 3 versions of the basically the same van. The Peugeot e-Expert Hydrogen, the Opel/Vauxhall Vivaro e-hydrogen and now the Citroen Jumpy e-hydrogen.

or they aren't really serious about it, aren't planning to sell many, no plans to roll out an infrastructure in partnership with customers, and a misconception that smallish vans are a product for doing regular long motorway trips rather than within localised areas, backbone of Britain type support for tradesmen and local deliveries and businesses.

So here's the new one announced the Citroen Version

...and now the third entry for Stellantis the Citroën Introduces ë-Jumpy Hydrogen Van

NewcastleFalcon wrote: ↑
31 May 2021, 11:44
Got my Riversimple Newsletter today, they have been going some time now, but at least have a couple of Cars out on Beta Test in and around Abergavenny and its hydrogen "pump".

These cars look like they have borrowed the aerodynamic shaping from some of the pure ultra mileage vehicles in the likes of the Shell Marathon and Trans Australia Electric Challenges. Very low and light with skinny low rolling resistances tyres. Quadricycles by another name to me and probably wouldn't fare well in an NCAP type collision with a Tesla X never mind a timber lorry. Interesting though.
Top

What do you think of this? One person complained.

On a technicality, my C5 purifies the air as it goes...... if I have the aircon on and air is drawn in through the cabin filter

The complainant did very well to actually see an advert for the Hyundai Nexo in the UK ( I presume it must be the UK seeing as it refers to the Advertising Standards Agency. I take an interest in these things and have never seen one

Bit of a pointless advertising spend for Hyundai at this stage, Cant imagine with the H2 infrastructure in the UK being so embrionic that an advertising campaign right now for possibly selling a couple of dozen vehicles at most was very productive.

So catch it while you can, here's the claim which is to be banned....ah...but maybe the complainant was a Hyundai stooge to get the story on MSN.....

Reverse psychology market stimulation! Now, only a hardened Advertising Manager would think that one up.
Top
Messages: 233