Wind appears to have made it nicely into the mainstream of energy generation, but Tidal/Wave power remains largely untapped worldwide.

Talk now appears to be a bit more positive on it, of course positive action is worth more.

Again research is great and more of it, but lets turn it into innovate, build, manufacture, sell, export, and continue the "world leader" tag into end product.

The Uk has probably lost the ability to build a nuclear power station in house, seeing as we havent built one since 1995, but the French and the Chinese seem to be making a bit of a meal of Hinkley C, but it looks like a case of we've started so we had better finish (regardless of cost?)


The Guardian:Hinkley Point C: rising costs and long delays at vast new power station
The UK’s first nuclear plant to be built since 1995.....
The price tag is expected to exceed £20bn, almost double that suggested in 2008 by EDF Energy, which is spearheading the project alongside a Chinese project partner.

There's a very interesting article on the BBC website titled : The Road To Clean Energy.

Intro: "There is unprecedented consensus that we are headed for a world of extreme weather patterns with devastating consequences for hundreds of millions of people.
Can a climate catastrophe be avoided? The government wants the UK to cut carbon emissions to zero by 2050.
Is that possible and, if yes, how?"

The article gives an insight into just how much energy we consume, where we consume it, and what can be done about it.

I found the following particluarly enlightening....

"If the UK were to close down a carbon-hungry steel plant, our emissions would go down. But we still need steel so we would import it - from China, say, where it’s made in a more carbon and energy-intensive way.
So actually while the emissions produced on UK soil go down, the UK’s carbon footprint goes up.
Dieter Helm, the author of a government cost-of-energy review argues we cannot ignore our overall consumption.
“We have to be brutally honest,” he says. “This is one of the reasons why despite everything the people in Europe and the UK have been doing, we haven't made an iota of difference to climate change.”
Helm points out that even a relatively small country such as Denmark, with a population of 5.8 million, has increased its carbon consumption. The increase in the carbon intensity of its imports has far outweighed the reduction in emissions it made through uptake of renewable energy.

Concentration of CO2 in the atmosphere has continued to rise every single year since 1990 despite 30 years of low emissions targets in the West."

And whilst I'm sceptical about heating our homes with Hydrogen, I think the closing piece is a vision (possibly dystopian for some) of where we are heading......

"Imagine a world in which renewable power is used to charge a small number of shared electric cars - which double as energy storage units - while also being used to make hydrogen to supplement electric heating systems for well-insulated homes of citizens who eat very little meat and have international travel rationed, with everything managed by optimised networks powered by artificial intelligence (while the humans plant a lot of trees)."

From the road to Clean energy..Simon Jack BBC
"French energy giant EDF says Hinkley is proceeding on time and within budget, and it is lobbying hard to replicate the Hinkley project at Sizewell, at lower cost. EDF is also involved with efforts by the Chinese energy company CGN to develop the site at Bradwell in Essex."


NewcastleFalcon wrote: ↑
16 Sep 2019, 19:19
The Uk has probably lost the ability to build a nuclear power station in house, seeing as we havent built one since 1995, but the French and the Chinese seem to be making a bit of a meal of Hinkley C, but it looks like a case of we've started so we had better finish (regardless of cost?)


The Guardian:Hinkley Point C: rising costs and long delays at vast new power station
The UK’s first nuclear plant to be built since 1995.....
The price tag is expected to exceed £20bn, almost double that suggested in 2008 by EDF Energy, which is spearheading the project alongside a Chinese project partner.

Regards Neil
PS
Recent nuclear developments have form in cost/time overruns so hardly surprising Hinkley is going the same way. "The Olkiluoto station in Finland and the Flamanville plant in France - which both use the same technology as Hinkley Point C - have overrun by years and many billions of pounds."
Hinkley apparently has a condition that, any cost overruns at Hinkley will not hit UK consumers or the government, as it was agreed that EDF would shoulder all the development risk (one of the reasons the electricity price was set so high). Wonder if this will be enforced rigorously?
Top

Sophistry at its best, methinks. The build costs are skyrocketing, but the unit cost per Mw/h charged at delivery stays the same ??
Top

The only clean solution to our energy problems is nuclear. The sooner we stop messing around with other nonsense technologies the better.

Nuclear is clean. It's safe. We can deal with the waste. A piece of nuclear waste 1/2 the size of a 330ml drinks can is all a person would create in a lifetime.. and new reactors can even use it as fuel! It's a no brainer. There is no sane argument as against it other than cost.
Top

For a "2019 in depth analysis" (sarcasm emoticon), and a bit of time lapse photography there is a 2 minute video of the Hinkley point build here. Even a bit of old footage of Hinkley A squeezed in.

There are a few signs that oil companies, may be realising that change is on the way, and it would seem electrification is on its way.

A general complacency, like in BP example, is fuelled by the assumption that increasing world population, increasing development, increasing economic growth equates to more energy demand not less, and currently they pull out of the ground oil and gas which they assume will be well placed to meet those demands.

A bit of dabbling is going on to make money out of the move to electrification like charging infrastructure tacked on to existing fuelling installations, and the latest


EV Revolution Must Be Here, Because Oil Companies Are Reacting

Oil companies go beyond "EV curious" and into the realm of specific lubricants just for the new vehicles.

Well I supose Citroen sold a lot of their special fluid over the years!

Reference there to Formula E racing, now that's a really boring sport if ever I saw one and each driver needs two cars because they haven't got the range to run the whole race in one.

With a bit of a debate going on the "Dump Your Deezel" thread on the relative merits of Nuclear/Wind/Solar etc I wondered how Hinkley Point C was getting along with the EDF and the Chinese in charge of Europes largest building project.


Hinkley Point nuclear plant building costs rise by up to £2.9bn EDF Energy blames ground conditions for rise but says energy bills will not go up

Well as you may expect, costs overrunning, but due to the agreed end-price for energy being set at £92.50 for every megawatt hour of electricity produced, despite the increased costs the risks are with the investors for the cost overrun, if indeed enforcement follows the contract terms. Whether that price forsees and makes allowance for future decommissioning costs and management of waste I have no idea.

The next project should it go ahead, could well have to shift the risk from developers/investors to the billpayer in order to attract the investment required.


New windfarms will not cost billpayers after subsidies hit record low
"New offshore wind projects will power millions of British homes under “zero-subsidy” support contracts within the next four years, following a record-breaking government subsidy auction. On Friday, the results of the auction showed offshore wind costs had tumbled by a third to about £40 per megawatt hour, which is less than the price of electricity in the wholesale energy market."

Talking of EDF, I received my annual summary of consumption for our French house. The source mix of electricity in France is interesting.

I immediately thought that hydraulic meant hydroelectric from some of the big dams that exist in the Alps and Auvergne but then remembered the tidal flow generator in St Malo.

Absolutely no indication of the clean-up costs for nuclear in the future of course.
Top

Paul-R wrote: ↑
12 Nov 2019, 10:13
I immediately thought that hydraulic meant hydroelectric from some of the big dams that exist in the Alps and Auvergne but then remembered the tidal flow generator in St Malo.

Yes we had a holiday in that region and drove accross that barrage most days. It was about 20 years ago now, unfortunately there are probably still soot deposits there from the exhaust of my Ford Sierra Diesel 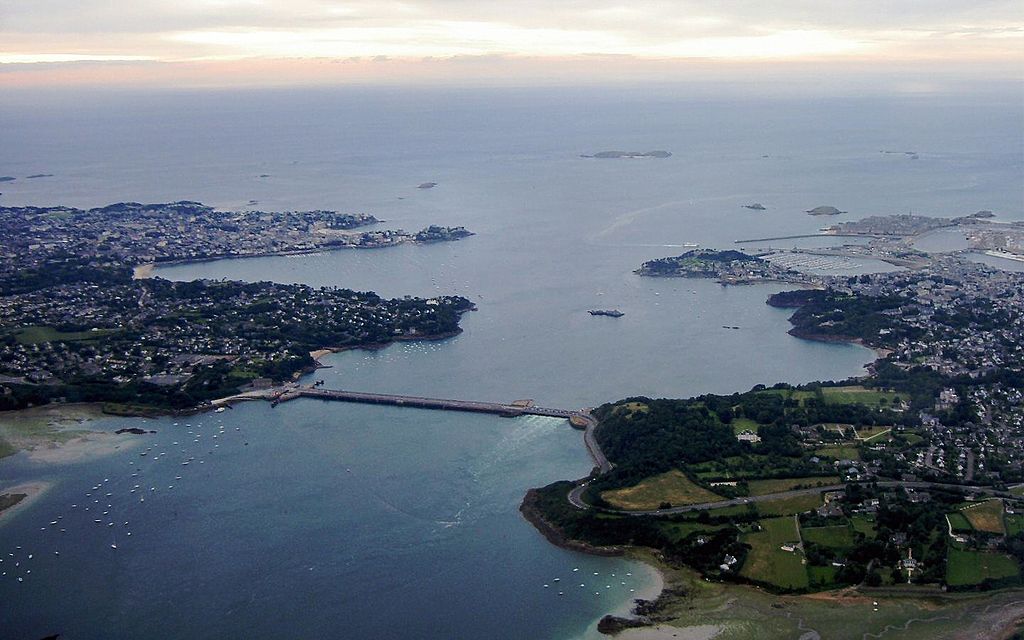 A leaflet from Western Power Distribution this morning has a few links that may be interesting to some, three pdfs in particular.

So as ever the big players will arrive and pick off profits, but whether this is a good thing long term when and if the market settles down, and they have accumulated the desired market share and you are left with a smaller number of players content to harvest higher prices from a captive market.

Good few of the "deals" involving on-road and at-home charging/energy will be opaque enough, so that the sales folk can quote a few attention-grabbing headlines, and so tie folk in.

I thought the 35p/kWh seemed a high price to pay roadside, compared with what you might achieve at home, off-peak. No wonder the oil companies want in - and no tankering (or staff?) to have to contend with. Interesting...
Top
Messages: 375