Just binned a spammer touting two-wheel third party insurance.
Have you any insurance for your bike Jim?
Top


Oh yes, fully insured on a comprehensive policy that costs as much as my cars!

I also have breakdown cover that rescues me home should I suffer a 'mechanical' or health problem that strands me. A broken chain for example. I've not had to use it so far but it's a comfort to know I have it.

I'm a firm believer that all cyclists should hold third party insurance at the very least. Join British Cycling or many other cycling organisations and it's often free as part of your membership.
Top

Excellent. Always worth it. I don't suppose the majority have it. I must ask my kids and grandkids - one came off his bike and hurt his foot this week, which is when we found his battery was dead.
Ironically he works in a specialist bike shop and has five bikes, each of which cost more than my car. 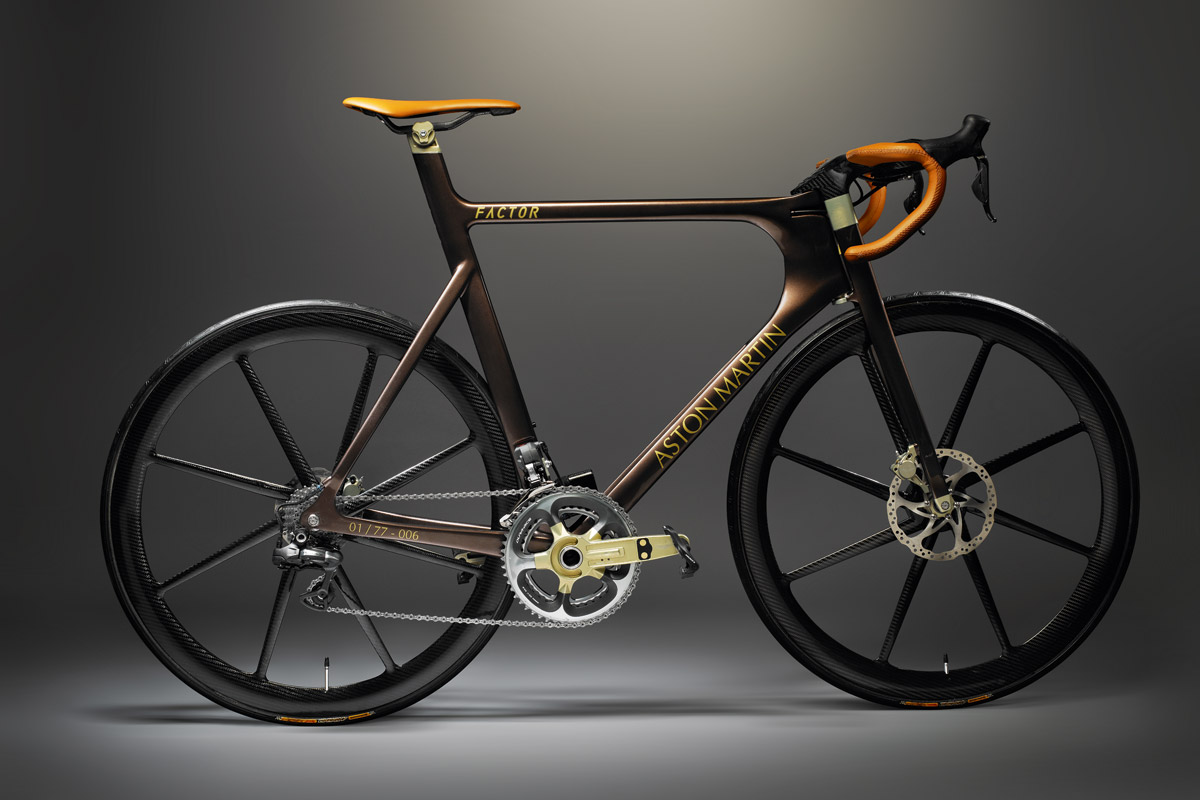 On the subject of insurance, I've cover through BC with my bikeability training, also covered through my MIAS training and with my business insurance covers me for being out and about too! London cycling used to do a great 3rd party cover for a tenner, aimed at people using the Boris bikes, people cottoned on to it and after a couple of it hey upped it to 40+, I line with BC!
Top

Cheers for the 'steer' Neil

I used it as a general commuter and the odd trial ride but I wouldn't stray too far off-road.

Recently I broke my cross-trainer and decided to try and get the bike fixed, ordered a bottom bracket bearing set, snapped a peddle (1/2'' thread) off in the process and had to drill and re-tap the left handed thread on the one-piece crank, but I couldn't get the new bearing set to fit (outer cups were wider

) so re-fitted my old bearing set with the new locking nut and so far it's holding together, front derailleur cable is hanging in there (pretty sure my son just rode on the middle sprocket and never rested the cable)

My Huffy - Skull's own work

Done a short section of Route 165 this morning around Croft-on-Tees and spotted a blue clock face that I seem to remember someone on Jim's blog might appreciate .....or not

Some random 'bloody cyclists' on Route 165 having just left Richmondshire into Co Durham ....

Son bought a new Cannondale synapse carbon tiagra 61cm for his 'commute' (moved out closer to his work ironically) but that's currently all siezed up as he's working from home since March, I've got my eye on it but I think the frame might be too big for me

Skull, that's excellent and what a great bike and pictures

And great to see you posting your cycling adventures here

I went for a ride today, I left home in bright sunshine and clear blue skies and indeed arrived back home again in very similar conditions...

But... In between I got caught in a huge hailstorm of epic proportions! When I was at maximum distance from home

Not so my shoes

No problem and what an excellent debut...full of interest.

Excellent piece Skull, and theres a few of us who like an unusual church clock face. Pictures of the day has amongst its pages the Red Church Clocks list.....probably less than 20 in the country, but any of colour/size/nice location etc etc all very welcome.

I am a little bit familiar with that territory, took my eldest bought her car from that garage back in August. I made the mistake of thinking that going South on the A1M you could exit off the A66 junction and head towards the garage. No ended up at Scotch Corner going back through a few little villages back towards the garage through the countryside.

Came across this which I got out and took a picture of.... 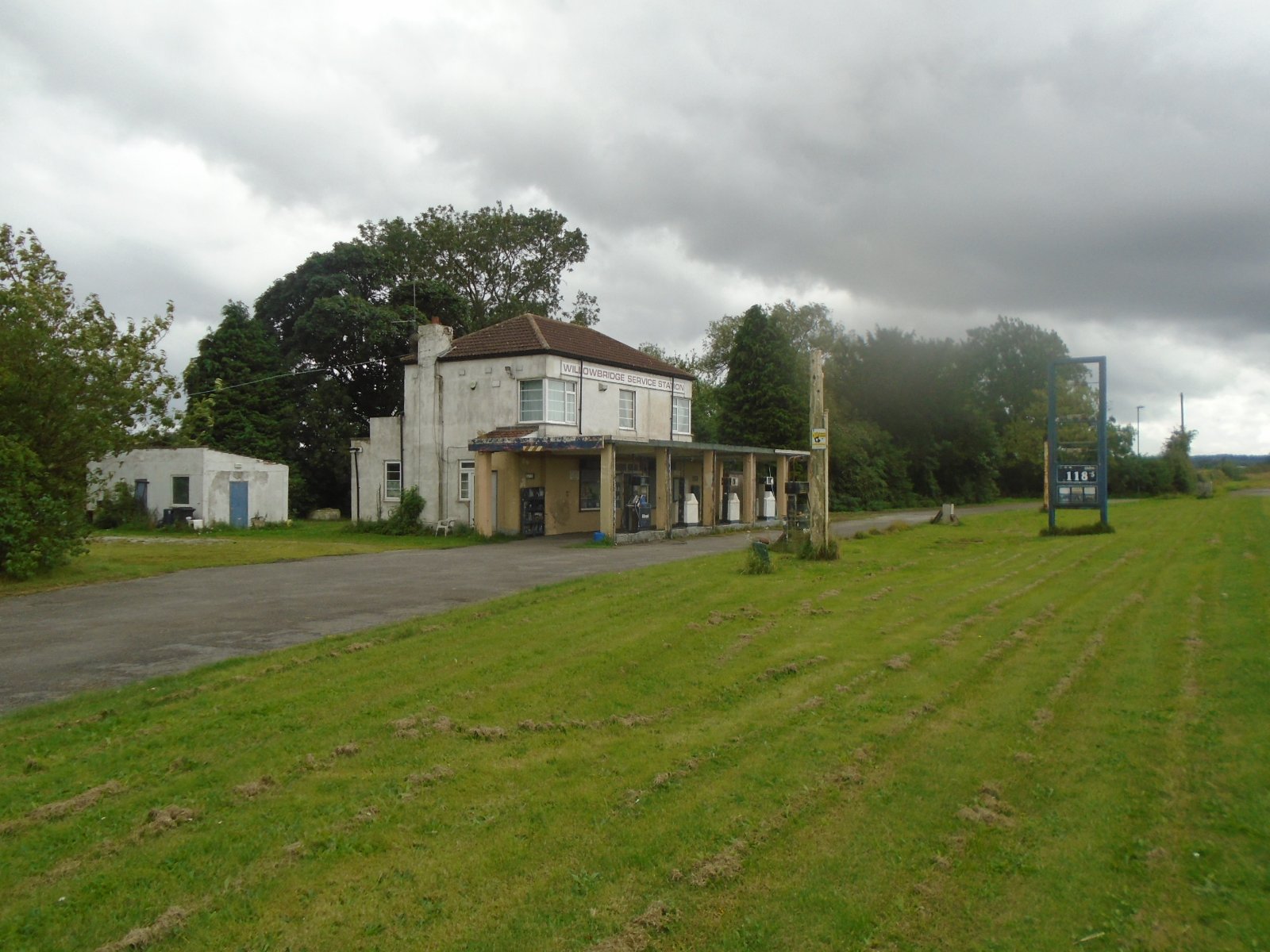 NewcastleFalcon wrote: ↑
19 Dec 2020, 17:57
I made the mistake of thinking that going South on the A1M you could exit off the A66 junction and head towards the garage. No ended up at Scotch Corner going back through a few little villages back towards the garage through the countryside.

I was told by a local ''that road [A6055] is the original 'A1' that used to run through Darlington in it's market days, but now runs to the East of the new A1(M), but I think that's distorted as it's more of a detour into Darlington before rejoining the old Great North Road.

That aside, I ended up on that same road on my original post on Jim's thread but confess that I never noticed the garage/building that day

hence the 26.5 miles above instead of the intended 13 miles completed on today's route which turns East just before Willowbridge Service Station, but if it's nice tomorrow I will try to stop and rest the legs and see if there's anything changed ....

Sounds like it's up for development according to this article ....

But... In between I got caught in a huge hailstorm of epic proportions! When I was at maximum distance from home

Glad you enjoyed that Jim

I'd have hidden under a bus shelter / bridge or something ....love the camera action

Pulled in for a re-fuel today and it doesn't seem to have changed much, plans approved so it might be disappearing soon .....
LAND FOR SALE £795,000

Pulled in for a re-fuel today and it doesn't seem to have changed much, plans approved so it might be disappearing soon .....

Excellent Pics Skull......One thing it will never succeed at again is being a Garage and a service station.

I dont expect its listed so it wouldnt surprise me if all trace of it goes. I suspect the conversion proposals will be ditched.

I always fancied an old garage like that! Some kind of real life diarama sort of set up, would make a nice bike riders cafe too!
Top Not at all sure what a mercury vapour tubes in in the context of radio... The only mercury vapour tubes (valves) I know of are mercury vapour rectifiers but they were never used in small domestic radio, only in high power transmitters... Smaller ones, known as 'Tungar Rectifiers', were used in some battery chargers but I never knew of them being used in a small radio...

I must do some research

Thanks for giving my brain something to do today!
Top
Messages: 577