not quite long rides for me....sort of back in to it via a broken wrist / high BP / overweight etc.
2008 Merida Road was the starting point, from new less than 200 miles

, put onto my fathers unwanted Elite turbo as a start with the intention of using it when weather improved. however as i live less than a mile from Cannock Chase a £200 eBay purchase is the current weapon of choice, try to get out when i can, usually an hour or so, 10 ish miles. the Merida may come out at some point but i think i need to improve a tad more. 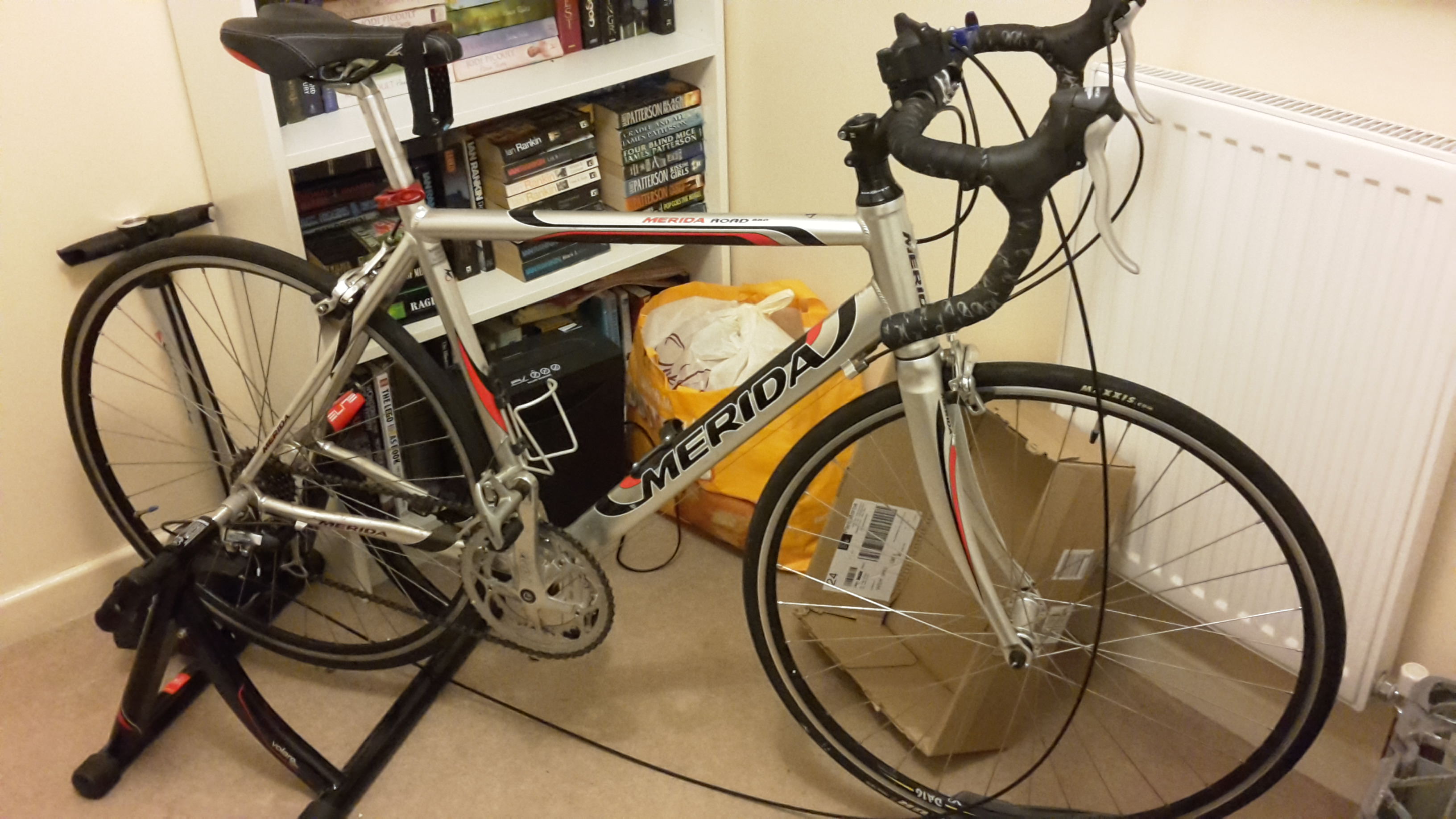 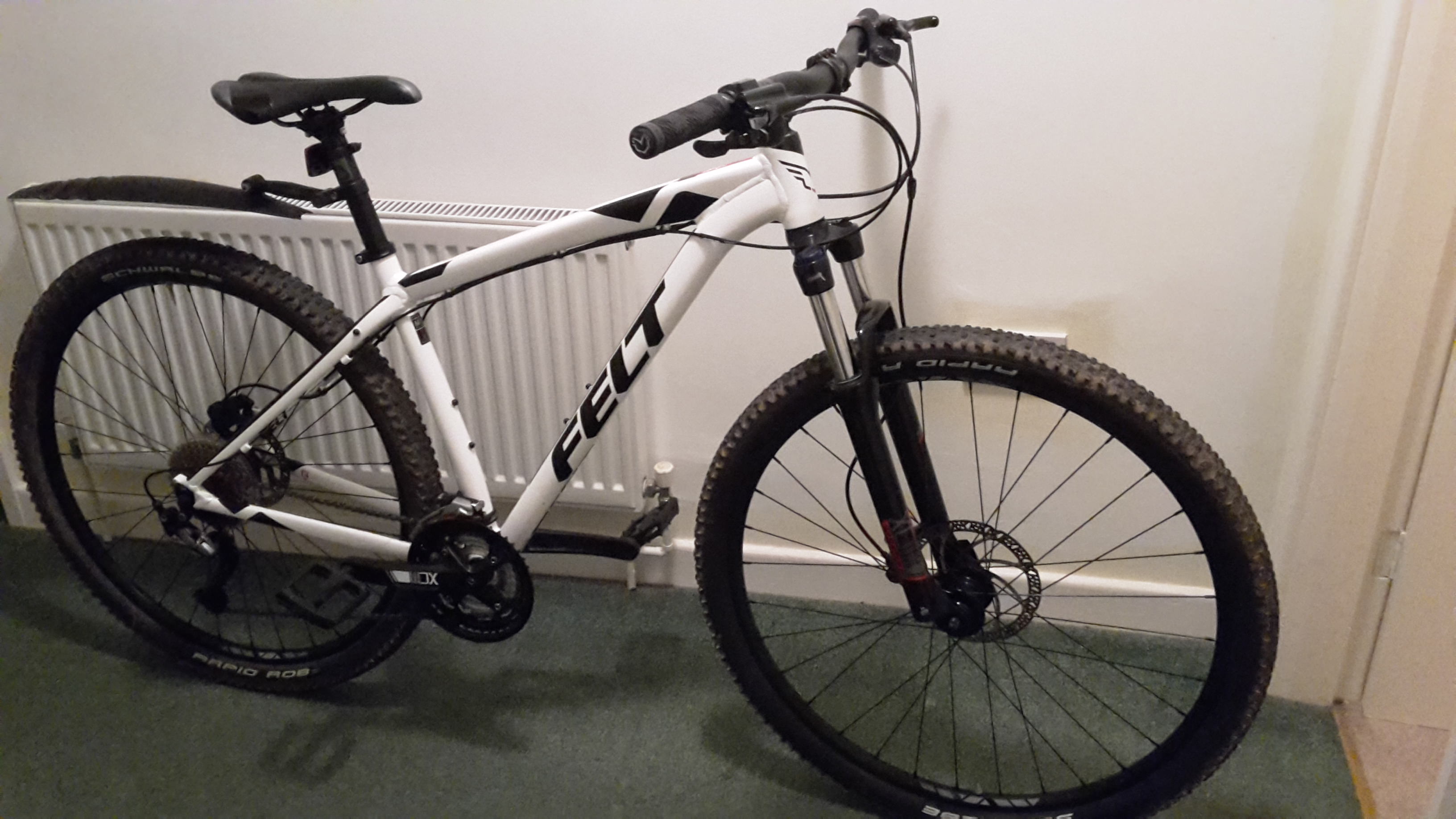 29", wide bars, discs front susp. is a long way from my old GT.
as new, hardly used, the usual buy new bike , never use and sell on.

talking of the GT, so old i can't even remember what model it is! from at least 2002?
now over in France as the Pain delivery vehicle and occasional Green laning.
another eBay £200 special also over there, young lads first Triathlon bike, uprated by his dad....Carrera Valour so nothing too fancy but 105 wheels, brakes and rear mech plus a Selle italia Alcantra saddle.
i try to get out on that as often as possible when there, riding in France is so much nicer, and safer, usually a couple of hours now.

using a Wahoo HR monitor with Blue SC on both road bikes to keep track of fitness, just the HR on the MTB, and upload to Strava, private only.
Top 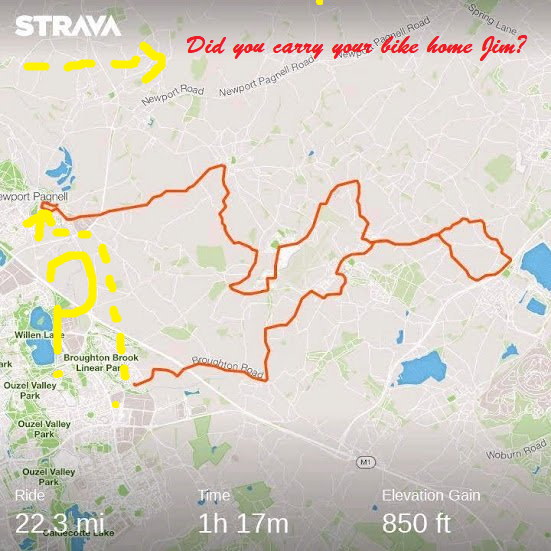 Ahh! I see what you mean Neil

No, that was my ride home from our meet point, where all our club rides start and end, down in the dark bowels of Milton Keynes... I take a more direct route there, via Redways mainly, for the start of the ride and a longer one home... I have a choice of 10, 16,22 or 33 mile routes... This is my 22

, put onto my fathers unwanted Elite turbo as a start with the intention of using it when weather improved. however as i live less than a mile from Cannock Chase a £200 eBay purchase is the current weapon of choice, try to get out when i can, usually an hour or so, 10 ish miles. the Merida may come out at some point but i think i need to improve a tad more.

Plenty of quality cycling will do wonders for your health in all respects...

Feel free to follow me on Strava... I only allow followers to see my activities on there. Not quite private but almost!

Went out for a ride today with the club in very blustery weather before we hit the tearoom at 20 miles for coffee and cake... Total ride was 27 miles and I came home via my 10 mile route...

It was seriously windy and verging on dangerous today...
Top

Looks like this is kind of dangerous too. but Danny Macaskill is just calm and confident....you would have to be.

Full video here. Only 7 minutes or so and absolutely stunning scenery of the Cullins

Danny Macaskill is a legend

Kris holm unicycling in and over Bhutan - that's legendary

Kris holm unicycling in and over Bhutan - that's legendary

managed to get out today...windy!!!

It was windy... So windy it blew me right off course on my way home from parkrun today. A ride of 4 miles ended up as a 26 mile ride

It was a good 'un

Out on a club ride tomorrow...
Top

down your way tomorrow am, sadly - or luckily

hopefully it'll have blown away by the time i'm back
Top

From Gibbo's Birmingham History posts, a remarkably modern looking bike from 1927 courtesy of the Co-operative Wholesale Society. I imagine they made their own, they churned out everything else.

One of the clunkier marketing phrases I feel

Did you see Jim in that video dashing through the streets dodging the tramlines.

I have far too many bikes! But one is French! Lapierre zesty from 2013, at the time the most desired trailbike, my favorite and longest owned is my steel hardtail Cotic Soul! Recently built some stupidly expensive wheels for it and as a demo set for my bike repairs/maintenance /builds business (viable excuse!!),
I aim for 100 miles a month, but don't often hit that (off road),
We too have an ebike, but it's the good ladies commuter, 16"wheel folding shopper, great fun to Potter about on!
Just fitted full drivetrain and front shifter/mech on a Giant Full E+ along with rear suspension air can and front fork lower leg service, get a great range through the shed,
Top

no work confirmed for today so...dry, warmish and the possibility of sun....

OS trig point, never come across this before 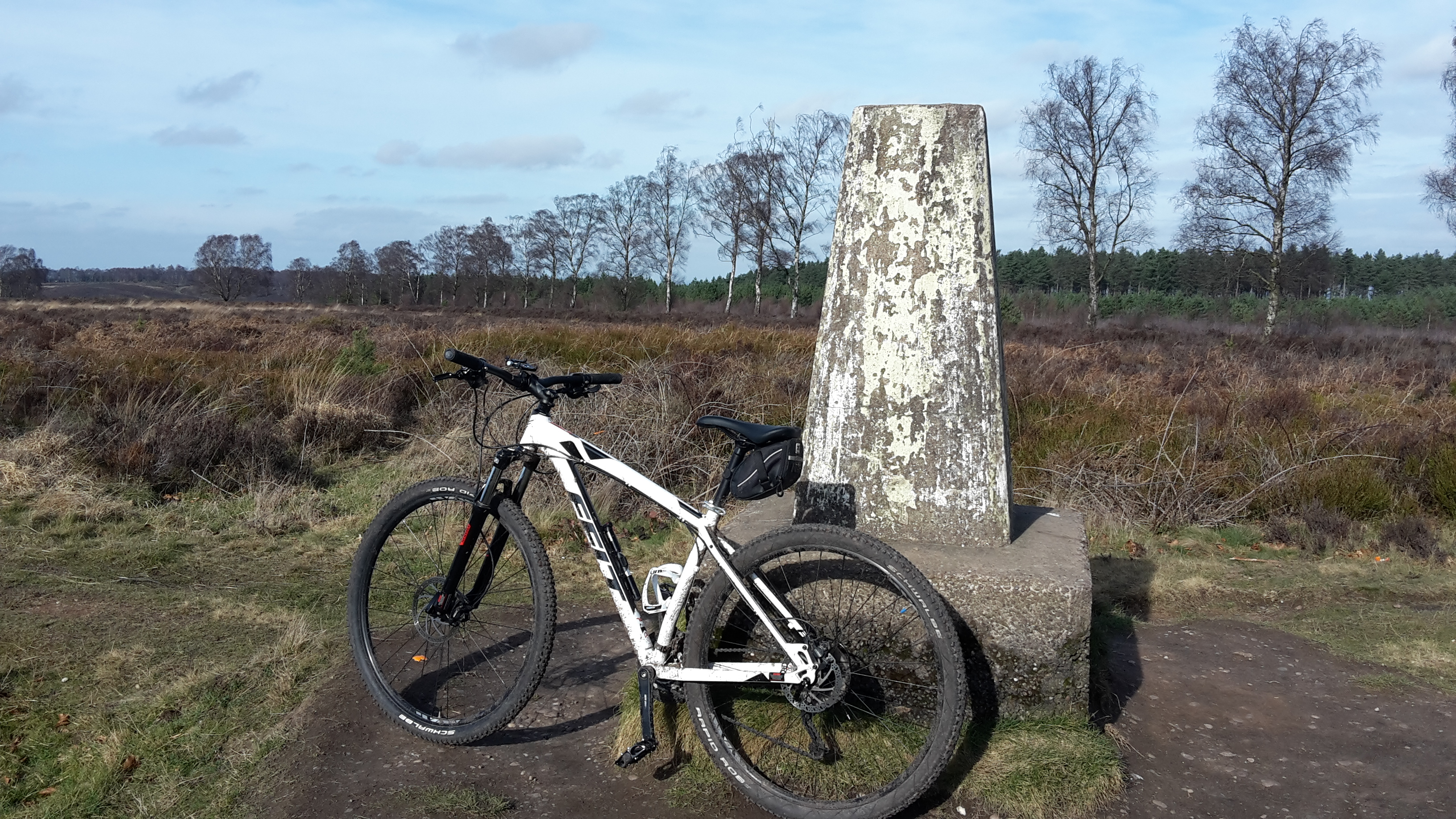 Just playing with a website I discovered which has the most comprehensive image and information catalogue of "Named Bricks" from old brickworks across the country (see POTD and The pickled egg library). Wondered if there were any examples from Cannock Chase and came up with this. The old brickworks is now a nature reserve.

tangents are good....you come across things you'd never normally see whilst 'on yer bike'
the Brickworks is now surrounded by new Industrial Units, Hednesford FC and the usual Brown site 'executive' boxes.
from my garden i can see in the general direction of the Reserve but 2 valleys and hills in the way
Top
Messages: 578