Not if you are referring to UK road-legal number plates ....

The flag must be above the identifier. You can’t have the flag or letters on the number plate margin, and neither can be more than 50 millimetres wide.

Euro symbol
If you display the Euro symbol and Great Britain (GB) national identifier on your number plate, then you won’t need a separate GB sticker when travelling within the European Union.

The Euro symbol must:

I can't see euro-plates becoming illegal (at least if first fitted before, say, 29 December 2019) but minor amendments to the regs. will be needed to remove the exemption from displaying a GB sticker. Whether that opportunity is taken to make more sweeping amendments, e.g. to remove all references to the Euro symbol, remains to be seen. However, that is where it becomes tricky & not offending the Scots & Welsh (in particular) becomes an issue. The provision for flags & national identifiers was as alterntives to the Euro symbol; once that goes, as you can't have an alternative to something that no longer exists it is THEY that will become unlawful - at least in the future. Of course, a more fundamental change could be introduced to preserve the present position, but would that be a proportionate use of parliamentary time, at this time? Then, of course, there'll be a Cornish "what about we?" protest - & where do you stop? I mean, I for one, would like to incorporate the Devonian flag on the plates of at least one of my fleet.
Top

I think the requirement is to have a national identifier on the vehicle (pretty much an international requirement), either as part of the plate or separate. What form this takes for the UK will be up for discussion. There might be a good few who would wish to retain the EU-GB logo.
Top

What about the people's republic of Yorkshire?
Top

What about the people's republic of Yorkshire? 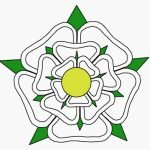 Are you printing your own passports yet?
Top

As the reason for having a number plate is just to identify the vehicle I can't see why all the fuss about national badges, most cars never go outside their own country borders.
Top


Especially American ones!
All depends how close you live to a border, I guess. Living on mainland Europe makes a difference - thousands of vehicles here from all over.
Top

I do think it is a ridiculous situation - as long as nothing obscures the registration mark and that it is appropriately spaced and in an acceptable font, I think you should be able to have whatever badge or logo you want on the left. If that's EU originated legislation, I hope that's on the 'must get rid of' list.
Top

Probably having a clearance sale Chris!

GiveMeABreak wrote: ↑
01 Feb 2019, 11:54
I do think it is a ridiculous situation - as long as nothing obscures the registration mark and that it is appropriately spaced and in an acceptable font, I think you should be able to have whatever badge or logo you want on the left. If that's EU originated legislation, I hope that's on the 'must get rid of' list.

Originally you couldn't have any writing near a number plate (that's why London taxis in all-over advertising livery still have plain bootlids) although that is difficult to reconcile with the requirement that GB plates be as close as practicable to the rear plate! So we have the provision for "Europlates" to thank for being permitted the regional variations &, for the most part, the resultant blind eye being turned to anything else.

Interestingly, my plate supplier of choice do list a red rose side bar but not a white one, although it wouldn't be a problem as a special order, probably at no extra cost.
Top

Most online plate makers will do whatever you want under ‘show plates’ . That’s not the issue, it’s the road legal aspect that can fine you a few grand if caught on a public road by a jobsworth copper.
Top

I think you'll find (a) your average police officer has little or no knowledge of the finer details of the relevant regulations (b) the paperwork is disproportionate to interest a traffic cop BUT, yes, it is a calculated risk.

However, my observation was simply that the company concerned list a red rose as an option (one of very many) - but not a white one.

vis-à-vis absolutely nothing, saw a black cab this morning with a union jack over "GB" - on a deep pink sidebar! Assume it had faded, but not from any shade of blue.
Top
Messages: 44