The slowness with which the main traditional auto makers are migrating to electric is breathtaking. Even the hybrids are essentially a last-ditch attempt (opportunity) to produce and sell petrol engines. Cannot understand how JLR has been so slow to read the writing on the wall, and carry on majoring on diesel - it's not as if no-one has been talking about air quality, particulates, health and clean-air zones for some years now.

Interesting that it has been the Chinese that have started to dictate what sort of vehicles they want in their cities, and are voting with their feet: first with Toyota (no thank you to their hybrids) and now with luxury diesel. Their air-quality concerns are even more pressing than London's.

I think you are right, Neil - bring on the independents and the start-ups. They obviously have more imagination than the big boys, albeit much less existing investment and plant.
Top

Paul...I have shoved a couple of old school electric conversions up on POTD to restore the balance...to my taste anyway. JLR's one-off of the blue e-type for H&M's wedding was also rather nice. A small factory churning those out would have a full order book from the well-heeled around the world and bring a few jobs and a bit of revenue to JLR

. Conversion except for your scrapheap challenge approach is still pricy.

Who is going to bring out the first kit car based on a Leaf that looks like a Lamborghini?

To be really cynical about the city pollution problems how about this, the EU (Berlin) imposes pollution levels on cities like London, when they're not met huge fines are imposed but who are the polluters, hoards of German cars, vans, trucks, etc. VW Audi Mercedes, Scania...……….that have been built with emissions test defeating technology.

1. Not just German cars, Gibbo
2. The UK signed up for those EU air-quality standards too, remember, which is how they became adopted as EU regulations
Top

white exec wrote: ↑
12 Jan 2019, 13:21
1. Not just German cars, Gibbo
2. The UK signed up for those EU air-quality standards too, remember, which is how they became adopted as EU regulations

Are there any other makes than German?

I thought VW had bought up all the other Continental vehicle makers VW Audi Porsche Seat Skoda Lamourgini Scania Man Ducati Bentley, all under the same roof.
Top

Just an aside to the modern, global players in the auto industry this little galery of "les petites anglaises" compiled on French site http://leroux.andre.free.fr/uk.htm shows the breath of small carmakers plying their trade in the UK in times gone by.

I used it on the Whatsthisthen? which was a Tornado Talisman built in Rickmansworth Hertfordshire. Part of the marketing then was always printed matter in newspapers and magazines, and at the bottom of the advert was

Now today you would be hard pushed to find a pad of your finest Basildon bond and a fountain pen, let alone a bottle of quink to send a stamped adressed envelope to Hertfordshire to get your "Full Details" of the Tornado Talisman" sent by return of post.

Seen it on the news, not read anything about it but Nissan have announced they will not be making the X-Trail 4X4 in Sunderland. 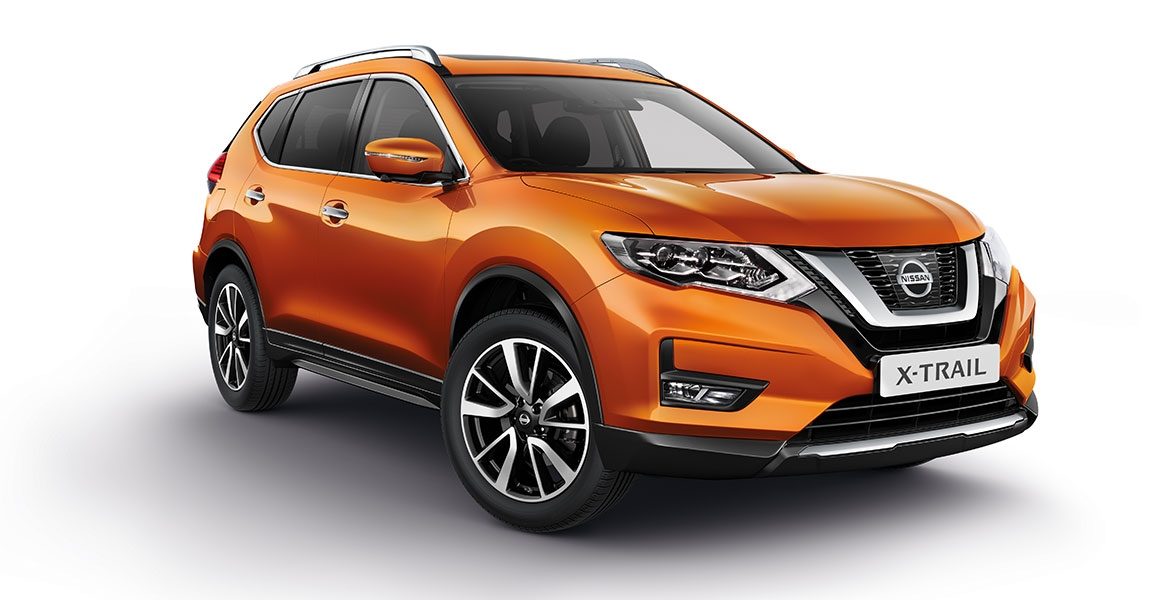 Yes its a blow to manufacturing in the UK, but if Nissan get their act together surely they have to plan for an expansion in their supply and variety of electric vehicles rather than gum up a production line with the X-Trail dinosaur.

Could be an opportunity
Top

Seems to me, they might be gearing up to move European manufacturing out of the UK altogether, if next month goes badly.
To avoid European tarriffs, don't they need to manufacture within the EU? I thought that was the big feather in Sunderland's cap.
As things stand right now, it looks as though cars manufactured in the UK may face the very same duties and quotas as those made in Japan, which makes taking the factories home an attractive proposition.
Given that Nissan are now Renault owned, I'm sure the Renault plants can be expanded to produce Nissan badged stuff for the European market, probably with considerable grant aid to sweeten the deal.
There may be another interesting development, too. As the only remaining European country still driving on the correct side of the road, it may turn out that Irish market cars come from Japan, as the relatively tiny Irish fleet will probably not reach the quota for import into the EU, leaving the continental plants free to produce LHD only drivetrains, though this may not be a big factor, given the need to produce Renault products in both formats.
Either way, it's going to be interesting and lots of people are going to come off badly, while a smaller number will see the opportunities to profit and thrive at their expense.
We're overwhelming our passport office at the moment because it looks increasingly likely we'll need passports to visit our relations and friends 40 miles up the road!
And, of course, the lunatics are gaining sway on both sides again, too...
Top

The 'B' word is a bit of a red herring, the issue is that too many cars are made in Europe / for the European market, and Nissan realised that to set up a new plant in a few years time for a vehicle that will probably not be massively popular would not be overly profitable. Instead they'll consolidate production of it back in Japan.

Production in Europe / for the European market will need to be wound back a bit globally in the not too distant future as there are too many new cars chasing too few punters who have static or declining wealth. To put it another way - people are realising they can't afford a new car every few years.
Top

The collapse of diesel sales is more likely to be the reason, EU emissions rules are the cause of that and the German industry fiddling their way through complying with the rules hasn't helped.
Top

... .and that Diesels will be banned in some European cities too. There are just too many vehicles being made - people are not buying them for many different reasons resulting in over production and vehicle graveyards. And do we really need another boring SUV along with all the others?
Top

Presumably the logical solution would be to produce fewer vehicles..... but no government in their right mind would publicly advocate that....... so I wonder what the end game will be ? Quietly allow vehicle manufacturers to fail whilst publicly saying how bad it is for 'industry', whilst privately acknowledging the grim inevitability of it all ????
Top

Subsidies and butter mountains come to mind. Somebody has to subsidise all these 'poor' farmers here driving round in their brand new £50k Range / Land Rovers.
Top

Always worth a little scan of the comments section to get the wisdom of the internet punter as well!

and it the et cetera category, another attempt to boost "sales" Volvo have repackaged "private contract hire" and called it

Today, our concept of ownership is changing. Leases and subscription services have never been more popular. Well, why should you have to own something to enjoy it?

This is the thinking behind Care by Volvo: a new service, designed to let you enjoy all the benefits that come with having a new Volvo without actually having to own one.

For a fixed monthly amount Care by Volvo not only gives you a brand-new Volvo for a fixed time period of two or three years, it also covers all regular service and maintenance costs and provides you with comprehensive insurance and breakdown cover.

Well I'd better have a look at this to keep up to date.


They do have this in the pipeline, now why aren't they going to churn them out in the UK? Are we not world leaders in such things? (rhetorical question...of course not). Yes its 2019 and its still a concept, so Honda have been a bit slow off the mark.