Find the answer in the FCF..


"It appears from a research of telegraph histories that in 1859 the telegraph people held a convention, and one of its features was a discussion as to the saving of 'line time'. A committee was appointed to devise a code to reduce standard expressions to symbols or figures. This committee worked out a figure code, from figure 1 to 92.

(So for number noticers here's a few examples)

1 Wait a minute
4 Where shall I start in message?
5 Have you anything for me?
9 Attention or clear the wire
13 I do not understand
22 Love and kisses
25 Busy on another circuit
30 Finished, the end-used mainly by press telegraphers
73 My compliments, or Best Regards
92 Deliver
Now days, 22 has become 88 (love and kisses). I don't know when this came about. 30 is still used in the newspaper and magazine business to indicate the end of a feature, story, or column. And, of course, 73 is still used by amateur radio operators to mean "best regards".

It's actually Seventy Three when you say it on the radio. You sometimes also hear people say best 73 as well. BUT it's never 73s as it is already pluralised.

The use of 30 in the press and journalistic field has a strange resonance for me recently as one of my other hobbies is Silver Age and Bronze Age American Comics - mostly DC comics. I was indexing a story (indexing means cataloguing information that a future researcher might need) and the artist had signed his name and then put 30 underneath. This indicated that he knew at the time that it was last story for that feature that he would illustrate.

I can't provide a link as it's still awaiting approval. but if anyone is interested please say so and I'll post it when approved.
Top

Good stuff Paul. Its part of the enjoyment/addictive quality of the FCF for me, starting off with a fairly random post, this time on a record that no one has ever heard of before (and I have forgotten now I came across it), and others join in with lots of interesting information, and random coincidences. Fascinating that that "30" is still being used.

The first post of that thread on "30" I linked to came up with a few interesting theories a student had gathered, some of which could well be total urban myth but enjoyable never the less..


https://boards.straightdope.com/sdmb/sh ... ostcount=1
......Here are some of the answers I have received so far:
-The first wire (telegraphed) message ever sent to a press association (during the Civil War) was 30 words long and the number of words was included at the end of those messages so that operators would know they didn't miss a word or two. The use of 30 just became the standard.

-the maximum number of slugs that could be cast on typesetting machines was 30 per line so the number came to symbolize "the end" in the same fashion that 86 has become today's standard term for scrapping something.

-Along those same lines it is theorized that the use of the number originates from the founding of the Associated Press. The organization limited correspondences on the new wire service to 30 per day. once again, 30 became the standard to symbolize "the end."

Can I hear the virtual clamour of disgrunteled FCF members chanting

"This if the FCF, We want the original CQ Serenade-in French!"

Ok then here it is sung by Raymond Girerd....all I can give you is an MP3 though...no visuals

Paul-R wrote: ↑
15 Jul 2019, 11:05
The use of 30 in the press and journalistic field has a strange resonance for me recently as one of my other hobbies is Silver Age and Bronze Age American Comics - mostly DC comics. I was indexing a story (indexing means cataloguing information that a future researcher might need) and the artist had signed his name and then put 30 underneath. This indicated that he knew at the time that it was last story for that feature that he would illustrate.

Nobody asked but here it is anyway!

Well I for one reckon that the old CQ Serenade was well worth digging out from the FCF Archives. There is plenty of quirky and interesting stuff which can get added too by a new audience, and that been well proved with your contributions Paul.

I'll change the title back to normal now until something else gets dug up.

Following on from Mickthemavericks 200th post I was reminded of the topic I posted up to mark my Century on the FCF some time ago.

My 100th Post-Working in a Muddy Puddle

Nothing much has changed! Where's that Garage I need!

andmcit kindly provided me with this 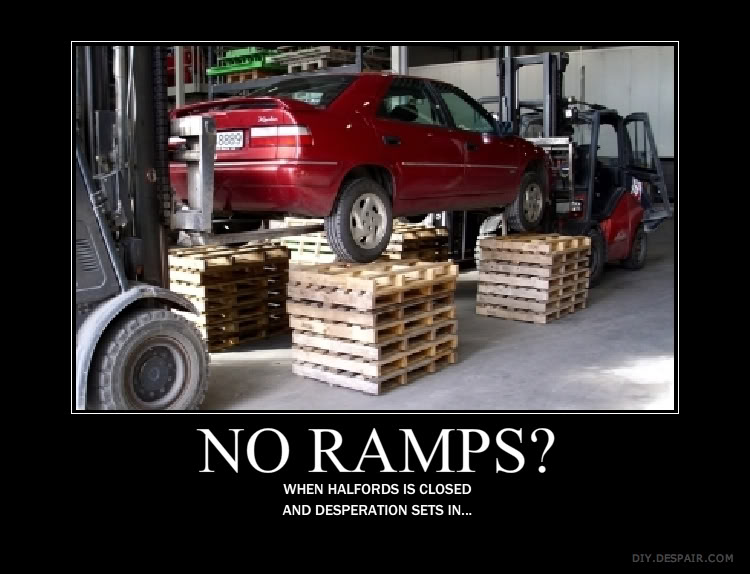 Imitation of our humble little thread is the sincerest form of flattery....

otherwise known as the thread

Can you link numbers 1-24 with interesting cars. Worth a peruse and revisit plenty of decent contributions......so for 15 ie today we have this

Before 15's are timed out Regie does have an offering to contribute, but it always seems to be accompanied by its mate the 17. So whats the difference between the 2?

Wiki seems to suggest its the headlights. You could imagine a stream of potential buyers filing into a Renault showroom at the time, and being separated into two basic types-those who like round headlights and those who like oblong headlights, and walking out either with the keys to a 15 or a 17. 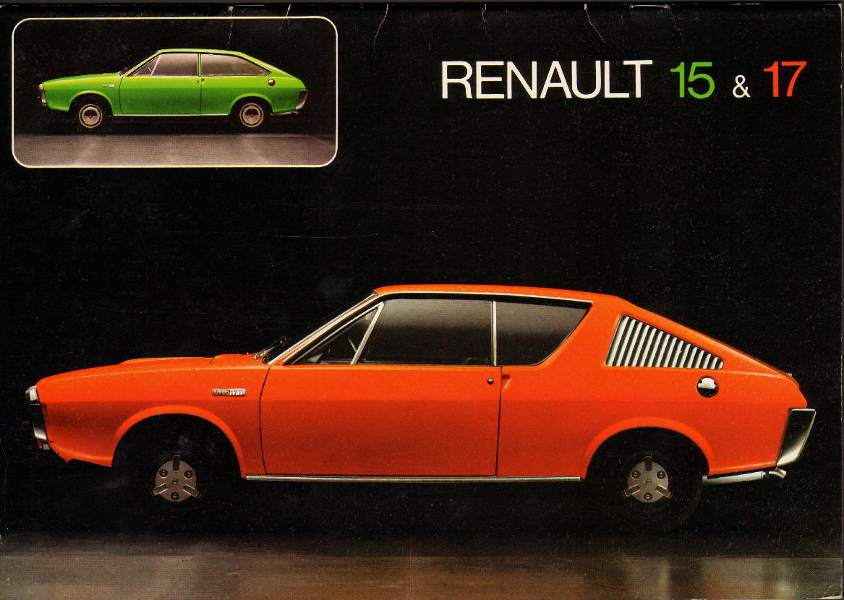 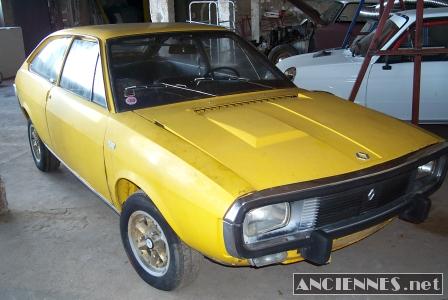 12 Months ago I was wrestling with this.


NewcastleFalcon wrote: ↑
05 Jan 2019, 13:55
Its January! The more threads the merrier as far as I am concerned so I'll give this an airing rather than tag it onto Chris's Workshop Time, or POTD, or Toolbag Tales.

Heres a picture to start it off.... 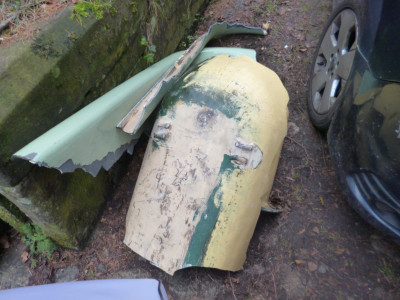 Sledgehammer. I think I've done that somewhere once, but can't remember.
Top

There are innumerable threads on the FCF which contain lots of interesting information, and contributions from members past and present, which remain locked up in our collective archives.

I invite you to have a simple little trawl using the standard search facilities on the forum, and retrieve the answer to some simple questions.


Find the answer in the FCF Quest 1
Cars on Stamps. Find the thread and bring me back a picture of a Hillman Imp Rally Car.

Re: Find the answer in the FCF..little quests

I assume you are referring to this little gem Neil? :

Certainly was Mick well done....Of all the cars in all the world they chose a Hillman Imp to elevate to the honour of appearing on that nation's stamp! Is there a background to that rally Mick, did the imp win it?

Such a nice picture and such an odd choice......hopefully more little Quests, which arent that difficult to find will flow.....I'll shove some up from time to time as they come to mind. 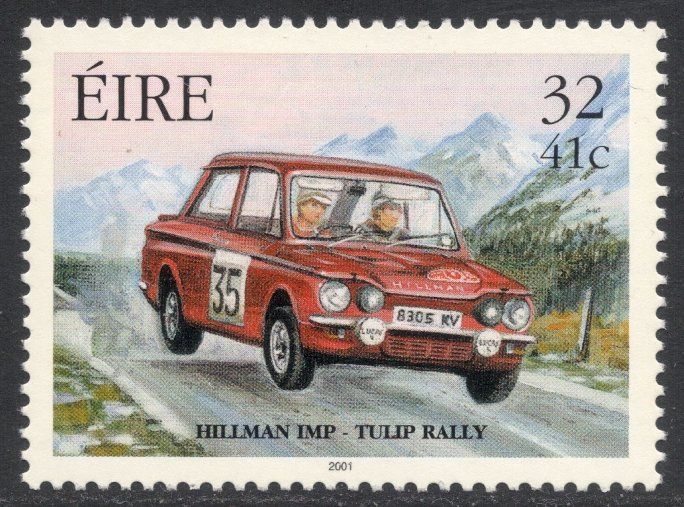 Re: Find the answer in the FCF..little quests

Indeed there is a background giving the reason why Eire chose the Hillman Imp. The 1965 Tulip Rally was won by Rosemary Smith in her Hillman Imp, an Irish driver with her British co-driver Valerie Domleo. In doing so she was only the second lady driver, after Pat Moss in her Mini Cooper in 1962, to win it and remains the only Eire national to ever have won it. Hence the choice for their postage stamp!!

Didn't know that Mick, and just they type of interesting additional info I hope the little quests on this thread may pull out...

...and the wiki article on Rosemary Smith was interesting too....doesn't go into much detail but states that she won the ladies section of the Monte Carlo Rally, but was disqualified along with many others which she disputed. I wonder if the Imp was a competitive beast in the rally world or just that she was a brilliant driver. I noted that she also competed in a Sunbeam Rapier Rally car, again dont know much about them...but were they anywhere near top drawer of rally cars at the time? Worth a Pic though.