This is the antenna that I have:

If the antenna is not complete, can you please send a link to a GPS module?!? Thanks!
Top 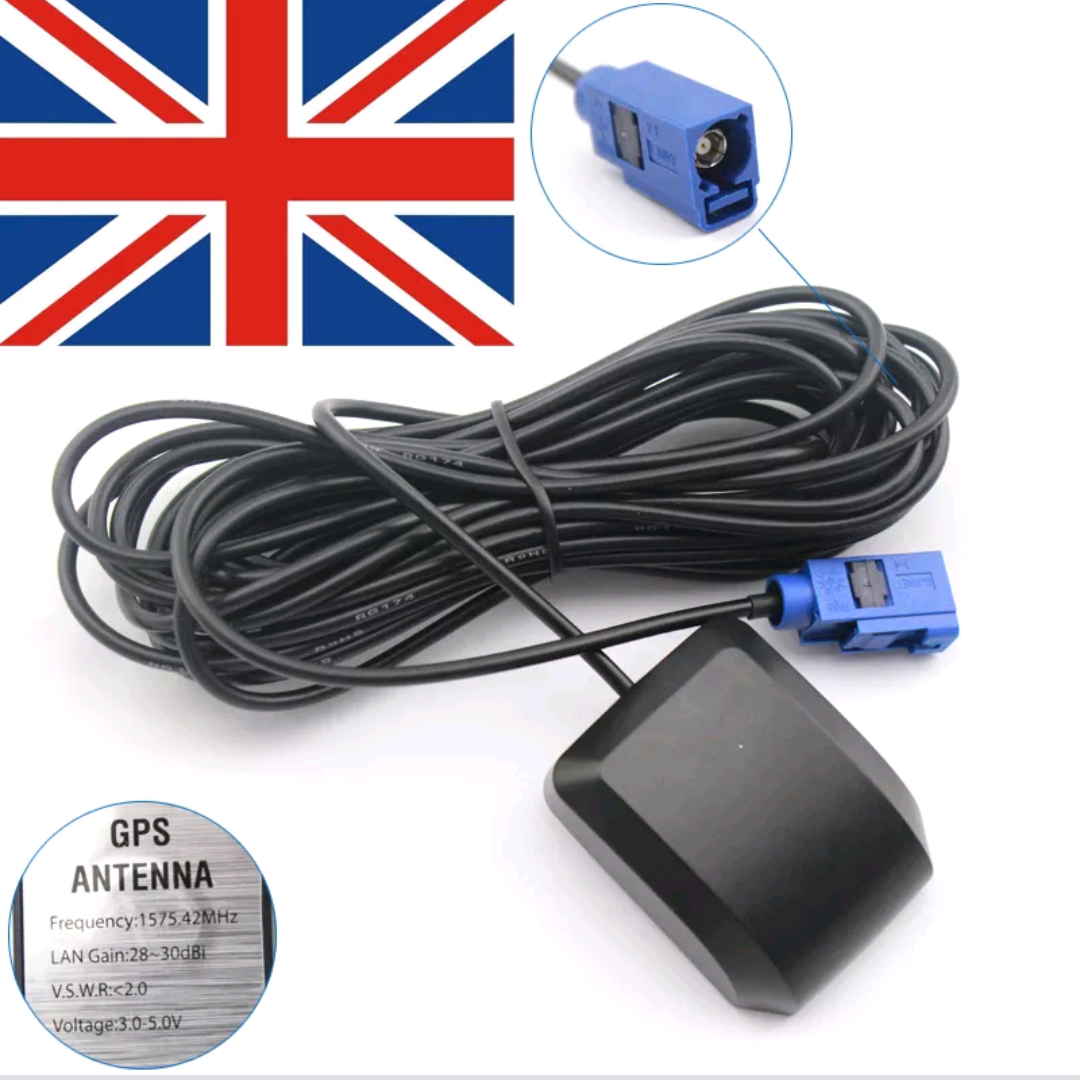 That looks like the full USB module so the fault must be with your headhunt unfortunately. Does the signal improve if you wiggle the GPS Fakra connector on the back of the headhunt?
Top

Your having the same iPhone keyboard issues as me Elis no doubt, with your 'headhunt' for head unit and my 'fakes' instead of Fakra'

@ ADY ULTRAS: Ok, so we know what you have ordered. Have you tried positioning the GPS box near the window to check it can get a good lock - remember that the GPS can take 5 minutes or longer when it has been disconnected to lock onto the satellites. You need to put the GPS module somewhere high if possible for the purposes of testing, plug everything in and start the car. Then leave it on the Navigation screen for 5 minutes minimum and see if the satellites visible number increases.

Another way is to open the SYSTEM Menu (hold SYSTEM button until menu appears and then navigate the menu until you find the option for satellites somewhere and see what that says.

If you still have no luck, try going into the System menu again, then after the first menu appears, hold the 1,2,3 button in for a few seconds and another menu will appear. (be careful not to change anything here). There should be an option to reboot the system. You can try that to see if it will solve the issue.

Just for you to be aware - others with this problem have actually ordered a new aerial base and it has made no difference - which is why I suggested you test with a cheaper GPS unit first. Now you have done this I think you will find it is going to be the Head Unit itself. The heat can be a problem and the flash memory is also known to cause problems with the chips. I've known a chap order a new aerial and base, fit it test the voltage (5V) and still nothing! The fact that the satellites are 0 from having something tell me that it is more likely to be the Head Unit. If it was the connection, or the GPS base unit or wiring, I would expect the quality to get worse slowly over time - not all the satellites going all at once to 0.

Now you have to decode on a repair or getting a replacement unit. You will need to VIN code it to the car - bit getting a second hand unit may be a lot cheaper than a repair. You should also be able to return the other GPS that you bought for testing (you should have 2 weeks to return it if bought on line).
Top

So, I've done system reboot, I stood still for 15 minutes with the navigation on, I even drove for 15-20 miles and still nothing. The thing is that when I put the car's antenna back it will see 1 satellite as it was before. So, I think the car's antenna is fine, that leaves the unit. I've searched on internet and there are not so much options for a second hand one. Regarding the repair, any idea who's doing this and around how much?!? Thanks again for your help guys!
Top

Ok, so that is encouraging that you have 1 satellite there. It's hard to say whether the GPS you bought is defective! - or that there is insufficient power getting to the aerial - so would a new base fix it???

In case you want to try a new aerial base, the part number is 6561RE and the price from Citroen is currently £44.14 including VAT.

In case you want to get the unit checked out:
I have these 2 contacts for you that do repairs - here is the link. It costs nothing to contact them. If they can't find an issue with the unit, I think they charge a diagnostic fee and return postage.

Yes Marc, I've been typing on a Mac so all of the dodgy autocorrect from my iPhone has been carried over!

I'm very confused how the 3rd party antenna isn't picking anything up, did you try the module outside of the vehicle just to check?
Top

I've tried one more time, but this time I put the antenna on the roof (as it's magnetic). With it on top, I found 1 satellite, as the car's antenna. So now definitely it's a issue with the unit. I will get in touch with the people you gave me and we will see what will happen. Keep in touch!
PS: I'm a little bit happy as you tried to help me and there's a little bit of activity on this site

GiveMeABreak wrote: ↑
02 Jun 2018, 18:17
Ok, so that is encouraging that you have 1 satellite there. It's hard to say whether the GPS you bought is defective! - or that there is insufficient power getting to the aerial - so would a new base fix it???

In case you want to try a new aerial base, the part number is 6561RE and the price from Citroen is currently £44.14 including VAT.

In case you want to get the unit checked out:
I have these 2 contacts for you that do repairs - here is the link. It costs nothing to contact them. If they can't find an issue with the unit, I think they charge a diagnostic fee and return postage.


I've just saw that this post is for RT3, RT4, RT5 units, which are made by a different producer. Mine is RNEG, made by Harman & Becker...
Top

Yes, that's true but I would still call as they may well have taken HB units on too being as they are in some other car manufacturers. One is actually a Clarion Centre - but they do all sorts now.
Top

Thanks mate! I will try as I don't have nothing to loose. Keep in touch!
Top

Did you actually also try the BSI reset procedure? - that has been know to fix issues - especially after a firmware update that you mentioned you did.
Top

Oh, I forgot to mention that the Diagbox doesn't find any error. I've checked the BSI as well and I reset it with Diagbox...
Top

Noooo you can't reset the BSI with Diagbox! Don't do anything like that or you may brick your car.

Follow it exactly - it is important not to open the doors or press anything during the timings or the whole procedure will fail:
Battery Disconnect / Reconnect Procedure
Top

I've done it. Everything works perfect, apart from GPS connection...

PS: I've sent emails to those 2 companies, waiting for their reply
Top
Messages: 39