number 4 could be a ghost
Top

Heres the highwaymen performing number 4, head to Sheffield in the 80's for number 3.

What popular song do these lyrics come from...

Clue 2
When you get it , you will realise that it was as simple as ...

It is indeed "Look of Love".

Comes after the talky bit

Starts at the relevant bit

What I learned from Only Connect tonight

The connection between Penguin and Wales


Spoiler: show
Some dictionaries suggest a derivation from Welsh pen, "head" and gwyn, "white",[10] including the Oxford English Dictionary, the American Heritage Dictionary,[11] the Century Dictionary[11] and Merriam-Webster,[12] on the basis that the name was originally applied to the great auk, either because it was found on White Head Island (Welsh: Pen Gwyn) in Newfoundland, or because it had white circles around its eyes (though the head was black).

The lad from Hexham (as it turns out) was a presenter on "Drive in", on Thames Television and there he was showing of the Rover SD1 in his flared trousers following on from your 76 Princess post on the classics thread.

Unless my memory is playing tricks was Drive In Shaw Taylor's motoring show?

mickthemaverick wrote: ↑
07 Nov 2021, 13:52
Unless my memory is playing tricks was Drive In Shaw Taylor's motoring show?

Yes, if you run through to the end of the video I posted on the PE Video Show, Shaw himself comes on and gives the lowdown on VW Passat and Austin Allegro pricing following Tony's report.

What I learned from only Connect tonight...a brief flirtation with Wiki will reveal the connection between the two pictures. 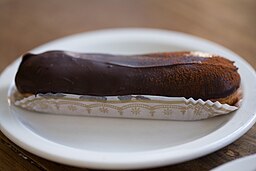 Changes all the time of course but at June 2020 as revealed on Pointless tonight, the most streamed/downloaded Beatles song in the UK was......

Did you get anywhere close? The second most streamed song had been streamed 26 million times, trailing a country mile behind.