I heard some creaking (I was just leaving at the time, heading over to Newbury to help my Mum), then some more creaking, a very loud shout "It's moving", some more creaking and then I saw a jubilant Michel waving a very mangled filter!
Top

Hell Razor5543 wrote: ↑
14 Dec 2017, 16:53
I heard some creaking (I was just leaving at the time, heading over to Newbury to help my Mum), then some more creaking, a very loud shout "It's moving", some more creaking and then I saw a jubilant Michel waving a very mangled filter!

Excellent! I hope it was the filter creaking and not Mike

Yes this needs reviving today. Just experiencing that strange phenonemon of Thunder and Lightning and Snow, and if you don't have a SUV you are cut-off. Thank goodness for the internet to keep us warm, snow as deep as a labrador's legs!

Like a good boy I went along to de-ice and warm up my Clio along at the garage at 7.15 this morning to make it presentable for its MOT today. Expect the washers will still be frozen though!

It has just started to tinkle with snow down here in west kernow!
Glad i bought 12 gallons of milk and 37 loaves of bread yesterday......

It's practically missed us here.. Alla round but not here... Even rode my bike to work today

This was taken 15 mins ago, Portreath.

At least 4 inches of snow and white out conditions here this morning.

Weather warnings from the police, met office and council saying don't drive if you don't need to today, blah, blah. I felt reasonably confident the all season tyres on the Ion would get me to work OK, about 5 minutes before we left the house I got an email from work saying the school is closed!

Change of plans. No need to drop Joshua off because I'd have him myself at home today but Sara still needed to get to work. So off we set to drop her at work. Roads were gritted in most places but completely overwhelmed by the fresh snow fall including the motorway so I was driving on a couple of inches of fresh snow a lot of the way. Made it almost to her work before she got an email saying that her work was also closed today. FFS.

So we turned around and went back home where we are now comfortably sitting.

Once again I'm impressed by the All Season tyres on the Ion - there was only really a couple of spots where the traction control system had to work a bit, the rest of the time I was driving along on a few inches of snow and it felt more or less the same as driving on wet sand at the beach - reduced traction and lower speeds required, but still quite a bit of grip and easy to control, and virtually no wheel spin unless you got silly with the throttle.

Definitely the worst snow we've had in the 3 years we've been at this address. I actually have snow drifts blown up against the side of the house due to the blizzard like conditions last night and early this morning.

De-icing the car 7.15 this morning, somewhere in Northumberland!

Although tonight we have been advised to start building igloos as Storm Emma approaches from the South up..

and went to top up the screen wash and my plastic bonnet release flap under the bonnet lid snapped clean off! So a screwdriver is needed to release it now - I've been told it's not a failure this morning for that - so have a new one ordered next door from Citroen at a princely £30. Another example of an overpaid designer dreaming that one up. A flimsy piece of plastic trying to take the strain of metal linkages and wires.

And plastic that gets very brittle in the cold... Priceless...

Or... A nice little earner for Citroen...
Top

Exactly Jim - the air did turn a dark shade of blue when it happened this morning - and a million curses at the numpty that designed it! All the pressure is on that part that has snapped - a little cold and that's it! So a warning for those of you in the Arctic at present!
Top

and it's all gone now.
Top 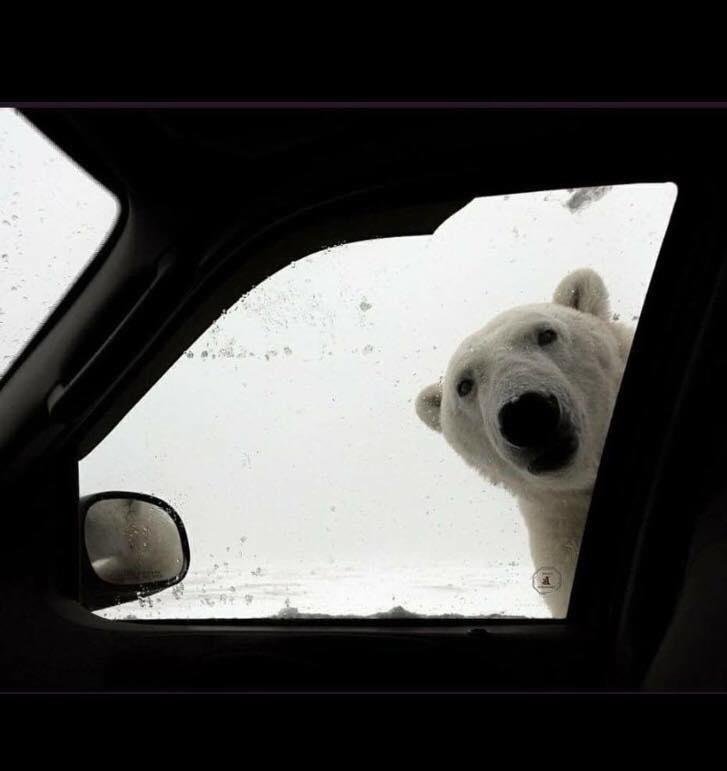 I have stolen this and used it with great effect!

Snow has hit and caused the expected Chaos here!

Like a good boy I went along to de-ice and warm up my Clio along at the garage at 7.15 this morning to make it presentable for its MOT today. Expect the washers will still be frozen though!

Had the desired result