The "cleared road nor quite wide enough" excuse didn't stop the buses in 1963 Jim. 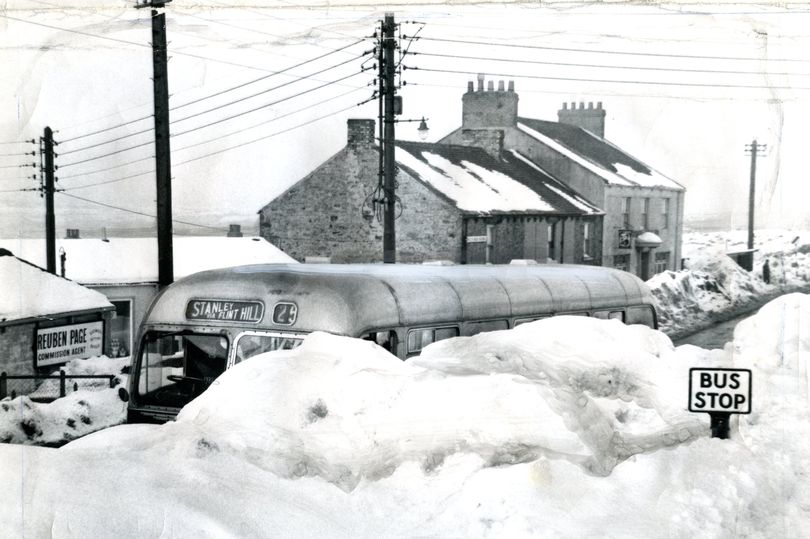 Ah! but they didn't have dolts in Chelsea tractors to deal with in1963 Neil.
Top

Yes, things were very different in 1963... I can just remember it... What a lovely old bus that is in the picture

In those days the trains did not suffer nearly so badly either... BR had some proper snowploughs and the old steamers never suffered nearly as much as the stuff now used seems to...

As you say Alasdair, the good old days...
Top

We were married in '63 and spent a good period sliding about house hunting but we had snow chains in those days which made a considerable difference.

1977 was different and not so widely publicised as it only affected the west country and Wales. We had snow to the top of the hedges, never seen anything like it, not even when we lived in Kent which gave us snow most years, the whole area came to a stand still for a week or more.

The milk tankers were unable to get to the farms, the milk was in churns in those days and had to be thrown away for the first few days, later in the week they cleared the main A35 but the farmers had to get the churns to the tanker using tractors, they were the only things that could move.

Have never experienced anything like that since in fact we rarely have snow of any consequence, this year has been the worst probably since '77. We still have a few patches lying around but it has almost cleared now.

I think I dig out a pic of milk churns for the "Remember this All our Yesterdays thread!" I certainly remember them.

For now maybe not so dramatic a picture but nostalgiaville for me, A Consett Venture Bus in amongst the piles of snow in 1963. Its black and white but the Venture was a particularly nice livery of Yellow Maroon and Cream and very characteristic of Consett! 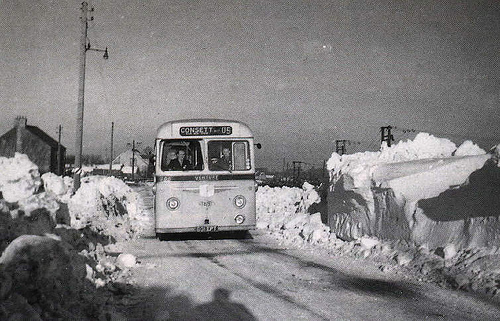 Peter.N. wrote: ↑
05 Mar 2018, 11:58
1977 was different and not so widely publicised as it only affected the west country and Wales. We had snow to the top of the hedges, never seen anything like it

I was in Somerset for the weekend and got well and truly trapped. Trouble was, nobody up here at work would believe me and thought I was making an excuse not to come to work on Monday!

My Renault 4 was one of the first vehicles, after a 2CV, that managed to make an escape!
Top

That's right Jim, some friends phoned us from Derbyshire to see if we were OK and they only knew from the news. We were snowed in for over a week but we didn't loose our phone or electricity and we always keep a well stocked larder for such eventualities, we also have oil, solid fuel and LPG for heating and cooking so pretty well provided for.

In 1977 we were living in Brixworth (it's about 6 miles out of Northampton, on the 'Harborough road) & planned a New Year party. Nearly everyone, many of whom were local, cried off, pleading adverse weather - except, memorably, one of my friends who made it up from Pinner, Middx - in a '63 Chevelle!
Top


Its more the driver than the tyres!

20+ minute delays on the motorway this morning so I took an A road instead. Nothing major compared to last week (yet) and only predicted to last today, but amusing nevertheless.

Nothing predicted down here for the next few days... Just damp, grey and mild... Normal then...