Hell Razor5543 wrote: ↑
14 Feb 2021, 13:45
According to Elon Musk Tesla have invested $1.5Billion in Bitcoin, and have also announced that they plan to accept payments in Bitcoin as well.

The FT article appears to be subscription only James.

The Guardian's take on it is available without subscription as of now
https://www.theguardian.com/technology/ ... 6aKaB1Gx7Q

The "Crypto-Currencies" thread started by David Hallworth had a bit of information on it the other day.
viewtopic.php?p=675353#p675353

A bit late but still

In the Beeb this morning a bit about the Rimac - the electric car I find most interesting.
Top

Electra Meccanica....you may not have heard of them....Canadian..make the top 40 of current world automakers on market capitalisation value.

The new age of the three wheeler.

I do like the look of that, very KR200ish modernised, BUT 100 miles is no good to me. Outside lockdown I frequently do 220+ miles in a day generally with no time to waste charging!! So I'll have to keep waiting and hoping.

Bit more on the Aptera.


The pricing as quoted by electrek translates more as niche and premium than affordable and high volume.
Its USP is of course its lightweight and tiny drag coefficient (Cd) of only 0.13. The annoying thing about the expected pricing are the add ons.....so that you hit over $44,900 before you get the 1000 mile range.

Hyundai had a launch event yesterday for the new "Ioniq" sub brand. Not to be confused with the current Hyundai Ioniq car, (available in Petrol, Diesel, Hybrid and BEV) but a sub-brand that will encompass all BEV models based on the new platform going forward.

So far they've only shown the mini-SUV version of the platform but I have to say I quite like the look of it. I believe hatchbacks/sedans are coming as well. I didn't watch the event itself (no time yet) but here is a Fully Charged video summary:

They really are taking a Leaf from Tesla in some aspects of the design like the screens and interior, right down to copying the Neutral/Drive/Reverse being on an "indicator" stalk, but it has a very distinctive look of its own on the outside and some innovative features. Camera rear view mirrors are the default in some markets but traditional wing mirrors are available as well.

Definitely one to keep an eye on. It's a shame that traditionally "out there" brands like Citroen are being very conservative on the EV front compared to a company like Hyundai who a few years ago would have been considered boring and ordinary.

If you can stand glossy sales brochure style videos, here is the original Hyundai video:

And the steering wheel design from the Austin Allegro.

Here's a video that goes into a lot more detail on the interior and some of the features.

Very minimalist interior reminiscent of Tesla's - one feature I quite like - the rear seats can slide back and forth up to 14cm to vary the balance between rear leg room and boot space.

So if it's just kids in the back slide the rear seats forward a bit...when you need to fit adults slide them back!

It's also one of the few BEV's tow rated.
Top

Ok here's a better no nonsense video with facts and figures and a UK presenter :p

Fully charged did a teaser of the Citroen e-C4 a few months ago but they were only allowed to look not touch.

Here is an actual hands on drive in the car this time.


Probably one more electric thread since your recent return to FCF posting Simon, followed on from a conversation I had with an MGZS EV owner who was so enthusiastic about his car.


Once you have driven one of these you will never go back to a combustion engine car. They are fantastic

So I kicked off this thread I drove an electric car and I liked it.
A bit of encouragement for FCF Members maybe go for a test drive and see what electric cars have to offer.

While there currently only 3 FCF EV owners that I know of, the FCF certainly has plenty of information and discussion about them, for others to join in. I myself took some time to take the plunge but I think there is nothing better than actually giving a 100% BEV a try.

Apart from all the financial incentives, the change to electric cars, is the most interesting and exciting thing which has happened to motoring since I passed my test in 1977 and flew solo for the first time in our Austin 2200 Mk III. 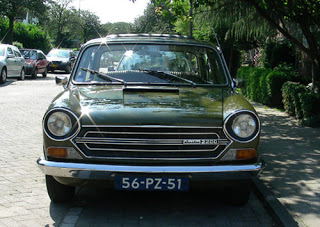 Hyundai in the news with their electric cars again...... but not for the right reasons.

Hyundai is to replace the electric batteries in nearly 82,000 of its electric vehicles worldwide because of a fire risk.

"Most of the affected vehicles are Kona cars built between 2018 and 2020, tens of thousands of which have been sold in the UK, vehicle-registration data suggests.
Some buses and Ioniq cars are also affected. The recall is expected to cost Hyundai about £640m ($900m).
An interim investigation found battery fires in the Kona may have been caused by defects in the battery cells made by LG Energy Solution - something this company does not accept."

Hyundai are trying to implicate LG Energy Solutions in this issue, but LG are putting the ball back into Hyundai's court by saying : 'Hyundai had "misapplied" its guidance for setting up the fast-charging system.'

That got a bit of an airing on the Car News Global and Domestic thread the other day when rumours were circulating of the recall. They are also fighting fires on the ICE front too. Over in the US..the chevy bolt has had similar issues but with a more sweep it under the carpet software "solution" from the GM Engineers by April.

The BBC must have started reading the FCF

The Kona battery fire issue is worrying but I don't think it's Hyundai's fault.

There have been no battery pack fires or recalls on the e-Niro yet, which sells in similar numbers to the Kona. Also as mentioned the Chevy Bolt is also being recalled for similar battery pack issues and they use LG Chem cells as well.

From what I've heard there are manufacturing defects in the LG Chem cells with the separator that are causing short circuits. LG Chem trying to say Hyundai are trying to use the cells out of spec (charging them too high) sounds like a deflection to me.

Both Hyundai and Chevy issued an emergency firmware update that reduces the maximum state of charge (voltage) that the car will charge the cells to in an effort to mitigate the issue while it is being fully resolved, however this has not stopped all the fires from occurring with some cars that have had the firmware update still catching fire. I think this is a pretty clear sign that LG Chem's claim that overcharging is the issue is not true and that the true root cause of the problem is manufacturing defects in the cells.

I guess this goes to show what reputation and warranty/damages liability risk a car manufacturer puts themselves at if they rely entirely on outsourced cells!
Top
Messages: 706