Electric Vehicles: What have you spotted?

For all you Tesla spotters watch out for the facelifted Model S, its front end is , well, facelifted.

I think extra points are on offer if you spot a facelifted "S" on your travels, so here is a bit of help with identification.

CitroJim wrote: Running as I do early in the morning is a very good illustration that cats take a while to warm up and a petrol car running cold is an awful thing to be near whilst breathing hard...


It's very true Jim. I had to move the Xantia off the lawn a couple of days ago - it hasn't been started in over a week so I started it up and let it idle while I opened the gate and manoeuvred the other car out of the way - and as soon as I walked away from the idling car I thought "what is that smell!". It was the strong smell of a rich running petrol engine with a cold cat.

Normally I don't ever notice the smell of a petrol car, and I'm sure the smell would have gone away once the engine and cat was warmed up, but for some reason it seemed particularly pungent and unpleasant to me that day in a way it had never before. Perhaps I'm just not used to smelling it anymore!!

I don't have a very good sense of smell so the fact that I could smell it at all and it drew my attention means it must have been quite strong.
Top

I have the opposite Simon, I have a very keen and over-sensitive sense of smell.. It is a horrible thing to have as few things smell pleasant to me...

A cold V6 is a smelly old thing in my experience but you do notice it all the more when it's been a while...

Although she doesn't smoke, Gabriel is a bit smelly when first started and cold... I actually find the vague paraffin-stove smell of a cold diesel much more acceptable than the horrid smell of a cold petrol... Maybe a smell I associate with my childhood when much heating was done with paraffin stoves and extensive use was made of paraffin Tilley lamps when camping and working outside at night...

makes me wonder how the world must have stank to high heaven when we all ran non-cat cars with leaded petrol... I can't recall it being bad now but we must have been immune.. Even little two-stroke motorbikes didn't seem to smell bad but now they smell awful and by golly, if you are unlucky enough to get stuck behind an old non-cat car it's dreadful...

What with that and the majority of people smoking everywhere, it musty have been a real stink-fest but we never noticed it...

Just been out for a run... Running alongside the Aston Martin works an old early 80s Merc barge passed me. Stank to hell

Yes. We have quite a few "classic" cars down in this part of South Berks and they stink. MGBs, a Cobra, plenty of old Merc ragtops from the 70s and 80s and a Scim were among the ones I've smelt this week. The difference that emissions control and catalytic converters have made is astonishing.

Saying that, when we went to the Goodwood FOS a few years ago, in the pits while they were warming up the old racing motors, the smells were glorious!

<cynical mode : ON>
I smell a money making scheme being planned

With the theoretical reduction in traditional 'servicing' needing to be done on EV vehicles, mechanics and garages are going to have to come up with a way of maintaining their income stream. Getting 'em trained on an 'industry approved' scheme seems to be the preferred way of charging more for the work but not necessarily guaranteeing good results - cf: gas fitters, plumbers, electricians, etc, etc.
<cynical mode : OFF>

bobins wrote:
<cynical mode : ON>
Getting 'em trained on an 'industry approved' scheme seems to be the preferred way of charging more for the work but not necessarily guaranteeing good results - cf: gas fitters, plumbers, electricians, etc, etc.
<cynical mode : OFF>

It seems that way to the customers but to us, the tradesman, we have to pay for the courses. We also lose work time doing them and wages. We then usually get a pay cut along with a reduction in tax benefits. Someone wins I'm sure but it's not the worker or the customer.
Top

"Its Trivia but not as we know it Gibbo" I think I am correct according to both the Oxford and Cambridge English Dictionaries?

It does also have other meanings and your young fish could be one of them although pedantically speaking they are also referred to as Smolt.

Now for a trivial misuse of the English Language you can't beat a funny name for a beer. Seeing as its from Consett and I have been in and drank their beer, I dont think the Ale Works at the Grey Horse will mind the FCF using a one of their pictures. 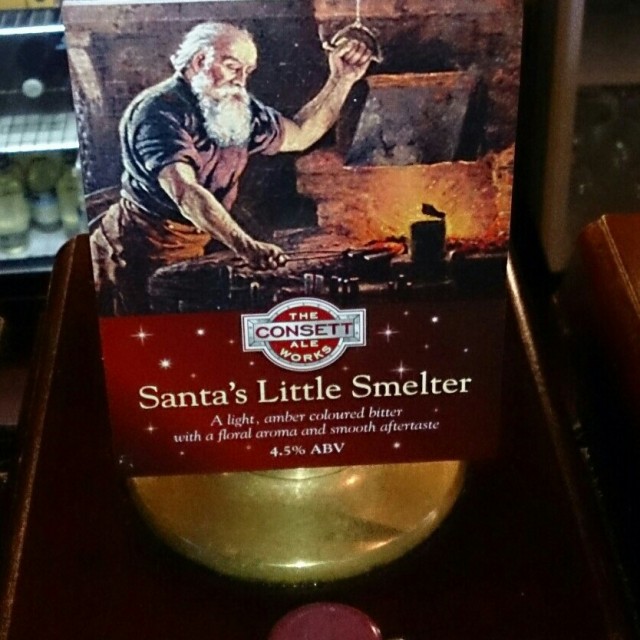 Leave themselves open there. I mean looks like Santa's little "smelter" is simply a blacksmith's forge not involving the smelting of any metal ore's!

PS I've only gone and found the chapter and verse on it now with graphs and allsorts!

The Tesla radar is working well these days, yet another facelift model S heading North on the A697.

What's more it was in this season's most fashionable clothing....yes it was grey!

Heavy points scoring there..I reckon a grey is worth 2 whites, and at least 3 reds

PS...don't know why but I am trying to get my apostrophes in the right place now...thanks Gibbo!
Top

nicked from ARRSE, most likely purloined from somewhere else.
Top
Messages: 1737