Mandrake wrote:Looks like the same video I posted a couple of months ago

He must have condensed it into 11 minutes to get round the problem of people like me falling asleep in his full 1 hour version!

Surely there will be no verbal spats? That could lead to lots of hot air and affect global warming!

I watched some of the e racing from Paris today. I was surprised how closely it mimics real life. They have to stop half way through the race and jump into a fresh car because they can't make the full race distance on a single charge. Says it all really....[emoji39]

Hey! What is that red thing?! 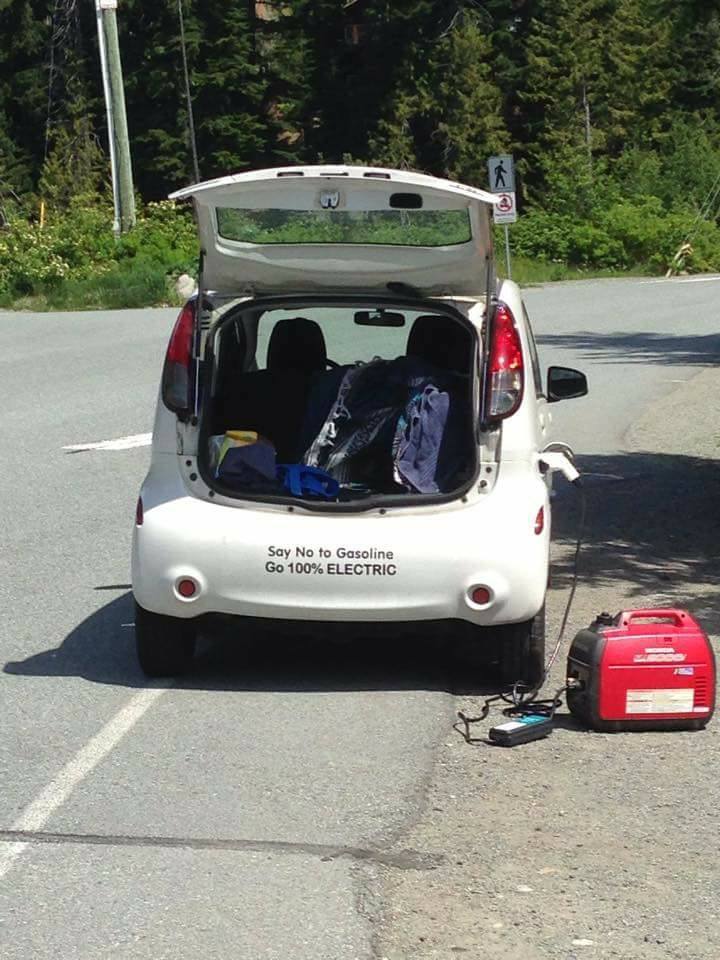 I must get one of these for my Ion. It would solve the problem of pedestrians not hearing me coming quite nicely

Mad Swedes!
The ones I worked with were all like that

Mandrake wrote:I must get one of these for my Ion. It would solve the problem of pedestrians not hearing me coming quite nicely

Failing that, record your V6 engine at different revs, and then set up an external speaker system linked to you accelerator. Having an Ion go past with a V6 apparently burbling along at 3,000RPM would seriously bemuse people!
Top

Seems like renewable energy generation is really taking off, (especially solar) along side BEV's - and who is at the forefront ? China!

Not surprising really when they have some of the worst pollution in the world and have a massive population and rapidly growing economy.

Also looks like some fossil fuel companies are looking to be in the "energy company" business in general rather than just the oil business... and are actually installing a lot of wind and solar!

Will they avoid the fate of Kodak ? I guess we'll see...

I'm told by my Australia relatives that China is still buying all the coal Australia can produce, some big job losses there if they manage to move over to renewables.
Send for Mr Scargill.

"Daimler unveils its own new battery Gigafactory for electric vehicles"

The Daimler group do seem to be switching to high gear (hah) with EV development but I found this quote to be a bit self aggrandising when they are playing catch up with Tesla like everyone else!

"The automotive industry is facing a fundamental transformation and we see ourselves as the driving force behind this change."

I think they all believe they are at the cutting edge of technology and I suppose in some ways they are. Its just that some manufacturer's blades are sharper than others.

Its a very welcome announcement, so well done Daimler!


from https://electrek.co/2016/11/29/tesla-gi ... h-efforts/
Comment from Ian
Why bother with Tesla, these countries could build their own gigafactories, goodness me, Tesla's technology is Panasonic's. Any old fool can construct a large factory shed and place lithium cell manufacturing machines in it. Do Renault, or Volvo, or Fiat or Daimler not know how to make objects or put manufacturing robots in a factory building? Seriously, it's like having MacDonalds restaurants in France, or Dominoes pizzas in Italy. What's wrong with you Europeans . I think I will sell toy bricks to the Danish, and Flat pack furniture to the Swedes, or perhaps set up a charity to help Europeans tie their own shoe laces

Well the Germans look like they are beginning to appreciate the value of own shoelace-tying, although the Tesla evangelists in the comments point out that their gigafactory is 10 times bigger than Daimler's, and that Daimler's will be a "battery pack assembly plant" without manufacturing the cells.

Nissan have a battery manufacturing plant in Sunderland, and in 2016 additional investment was announced, but of the order of £26.5 Million. It would be fantastic if Nissan, pitched in with a further investment in the UK of the order of that announced by Daimler. Nissan do have French parents these days though which may not be to the UK's advantage.

The key thing in the investment decisions is a market for selling the cars. The UK is well-suited for an all-electric infrastructure...its small, its mostly urban, well covered by the national grid and journeys are in the main short. It is also well-suited, but a bit behind with the notable exception of Nissan, to have manufacturing facilities to supply the vehicles to the EV market. I'm all for bold policy statements and plans on this, and more so for practical action to facilitate and assist. I would even quite happily put up with our equivalent of Angela Merkel having a similar "staged photoshoot" at Nissan in Sunderland, should a similar level of investment be announced here