Same on the Beeb
Top

A moments silence for the passing of the i-Miev in the US....

As the article says, it deserves a place in history as the first mass produced "modern" EV, and I didn't realise that test fleets of them were running around in Japan as early as 2007! (They didn't come to the UK until 2009, which was still well before the 2011 release of the Leaf in the UK)

The US got a custom version of the i-Miev that was considerably wider than the Kei-car dimensions of the Japanese and EU versions sold everywhere else, (to meet US regulations) and also had quite a bit higher spec in terms of seating, stereo, features (including remote preheat) etc...

But I always thought it was a very odd fit in the US market where the average US driver wants to drive huge SUV's or Pickup Trucks!

Also charging from a regular 110v 10 amp 2 pin socket in the US was unbelievably slow (nearly 20 hours for a full charge to get only 60 miles) compared to the much faster 240v charging we have here in the UK, (4 to 7 hours on 16 or 10 amp 240v charging) and Chademo rapid chargers were (and still are in many US states) conspicuous by their absence, making long distance trips in most US states in this car not just tedious but impossible.

It was doomed to fail in the US market so I'm surprised they held on this long even though it had got down to double digit sales figures the last few years!

The i-Miev and its twins never received the mid-life refresh/spec upgrade that it really needed and deserved to remain relevant in a world with the Leaf, Zoe and so on, which arrived a few years later, which is a real pity. So much more could have been made of it with some relatively modest improvements, including a slightly bigger battery and features like preheat or a heat pump for that matter.

A classic case of getting in really early (perhaps too early!) but then letting the car wither on the vine without upgrades when competitors came along!

Amusing (especially the bits about Hydrogen cars and Jeremy Clarkson

) but perhaps a grain of truth in some of them... 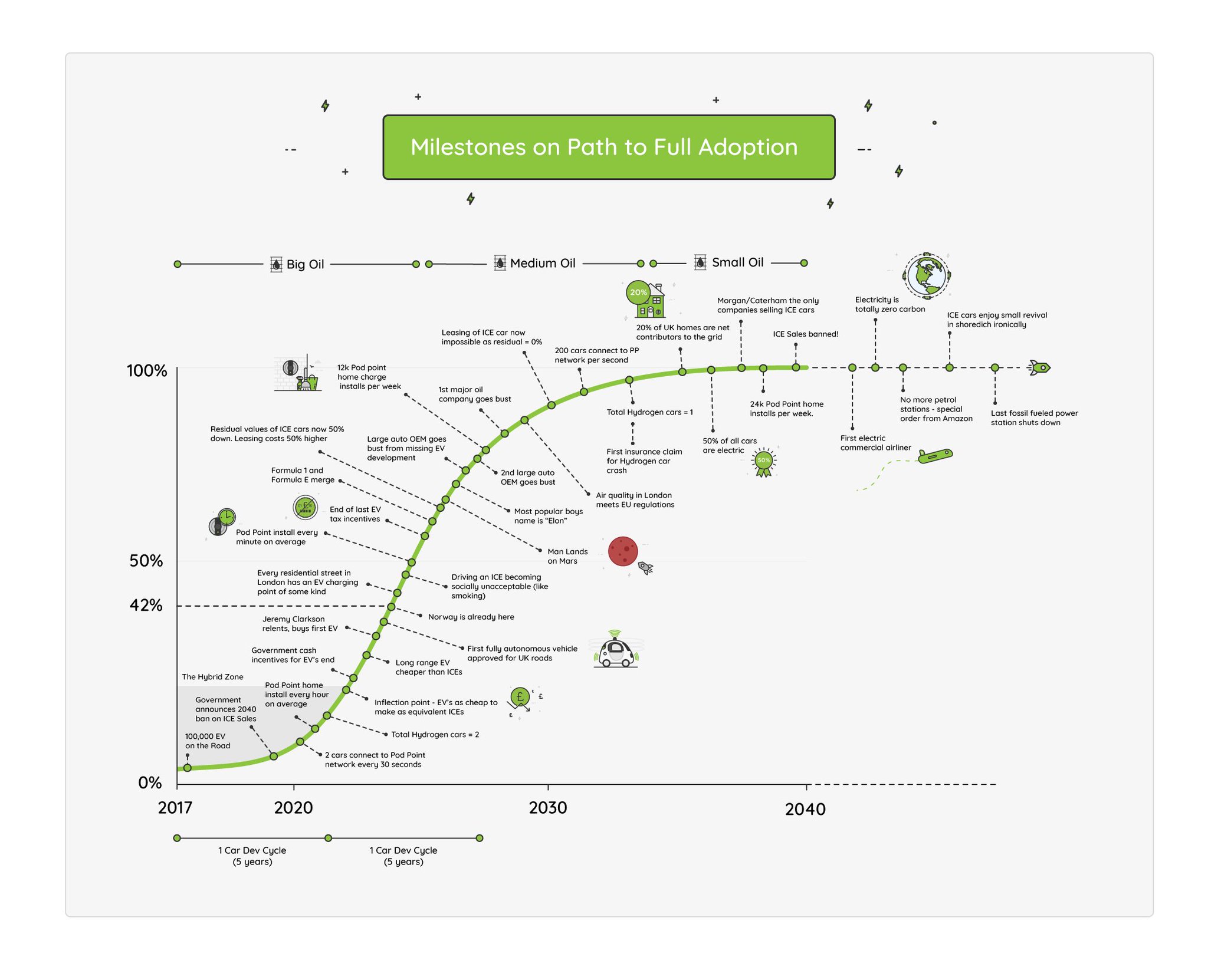 At least the iMiev never pretended to be anything which it wasn't, unlike the Outlander Hybrid, which has got into endless trouble for misleading advertising and heavy promotion.

110v and 20-hour charging? Enough to put anyone off. Presumably most households would use their 240v option.
Top

Some interesting little snippets further down your link to Robert Llewellyn's twitter page.

Including this piece from National Grid trying to put right the mis-representation of their forecasts in the press, for energy demand as a result of the 2040 "ban" on sales of new ICE vehicles.

Good opportunity for them, however, to raise the bogey of runaway demand - to prime the pump for requests to government for additional subsidies for expansion (for expansion, read expansion of shareholders' benefits), or for increased energy charges for consumers.

The UK power generation industry is privatised. It makes vast and scarcely-controlled profits. If they want to continue in this mould unhindered, they had better rise to the occasion by (a) remodelling the grid to cope with off-shore and scattered power generation, (b) modifying the distribution network to cater for EV charging and use, and (c) bringing on-stream additional generating capacity, as necessary.

If they don't do these things, they will be need to be declared "unfit for purpose", and alternative custodians found. They know all this, but need to be reminded of it at regular intervals.
Top

Interesting that Morgan is mentioned as one of the last ice manufacturers. They've been developing an electric car for a few years.
Top

demag wrote: ↑
10 Aug 2017, 09:56
Interesting that Morgan is mentioned as one of the last ice manufacturers. They've been developing an electric car for a few years.

Personally I think they missed a trick - they could have put "Jeremy Clarkson Relents, buys first EV" on the timeline AFTER "Driving an ICE becoming socially unacceptable"

Making something socially unacceptable is the quickest and most sure way of implementing change...

Look what it's done for smoking as just one example...

Clarkson is not irrelevant in this either. Despite being the buffoon that he appears to be, the great unwashed love him and listen to him so the sooner he relents the better. His endorsement of EVs will be quite vital to their uptake.
Top

In 1967 British Pathe did a piece on Electric Cars......very positive..."Britain is way ahead of the world with its plug in car projects".

I used to muse about converting an old Mini or 1100 to electric propulsion. Even went as far as visiting an electric repair specialist/graveyard on the A281, at Alfold Crossways, back in the '70s, to discuss reclaimed 72v milkfloat motors. These were typically run at 36v, and so lasted 'for ever'. Fancied one per front wheel, so a natural 'electric diff'. One-time dreams!
Top

Looks like an Australian team have the 10,000hp drag racing scene firmly in their sights, and plan to race an EV drag racer against these monsters:

) Should be interesting to see what happens!

Tesla P100D's routinely beat significantly lighter, 750/800 HP ICE cars in the 1/4 mile drag races, and the P100D is actually only 588 HP combined front and rear motors. The difference is massive low down torque, 4 wheel drive and superior traction control that is possible with an electric motor.
Top

After all, series-wound traction motors have maximum torque when stalled...

Ever noticed how quickly an electric train accelerates? Especially the very modern ones... Or even a London Underground train for that matter...

Drag racing is, to me, the most tedious of all the motor sports... I don't really have much time for any motor sports but two cars racing up a straight line for just a quarter of a mile just about takes the biscuit for me... I don't get it... Where's the skill?

The only motor sport that does faintly spark me up is hill climbs. I reckon an EV should be OK at that discipline too...
Top

Looks like Ariel (of Atom fame) are close to releasing a prototype Hybrid "Hypercar", looks interesting:

That looks like it may be good for a few giggles