Ever since I've had the 407 Coupe the air con hasn't worked on it. When I tried to get it gassed it appeared to be pressure tight and took all of the gas without any problems. When the car was started and the compressor kicked in though all hell broke loose and it looked as if there was smoke coming from under the bonnet!

We took the under trays off and it was diagnosed as a leaking air con condenser.

I looked on the parts catalogue and bought a condenser going by the part number, then when I stripped the car down on Sunday it turns out that the part number on service box was wrong for my car! I got the numbers off the old condenser and Peugeot in Glasgow managed to track down the right part for me.

A couple of weeks ago I had downloaded the instructions from service box on how to change the condenser and upon reading these I wish I hadn't bothered to even take the bumper off!

Amongst the other items to be removed are the intercooler, engine ECU, under bonnet fuse box, intercooler pipework, turbo intake pipework amongst other things!!

I decided that this point I'd look at this a bit more logically rather then following the instructions...

With the bumper off the car you can see the condenser right at the front of the car. 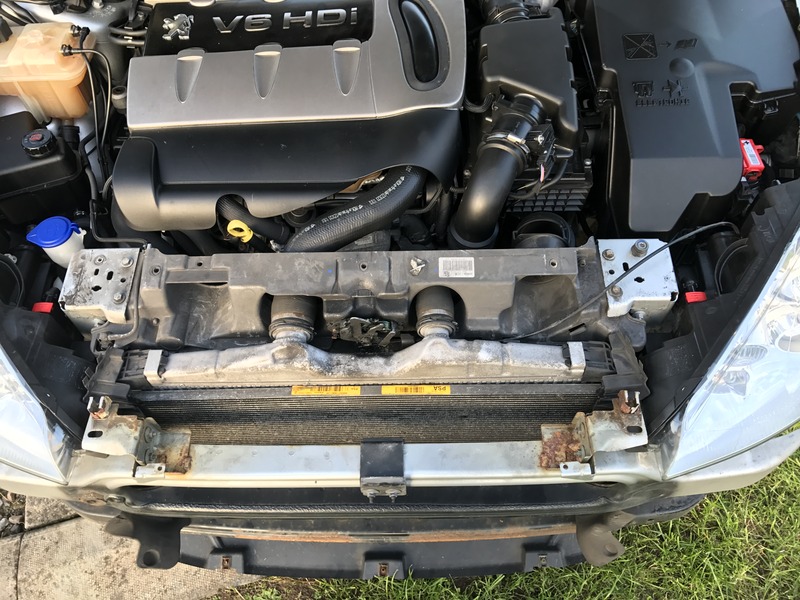 I removed the headlights and the crash can from the front of the car, removed one nut from each pipe and removed each pipe, and then removed the nut that secures the power steering coolant pipe, and moved the bracket out of the way, there's then two torx screws that hold the condenser in place, I removed these. You then push the condenser down half an inch to release it from the brackets it latches into and slide it up and out. 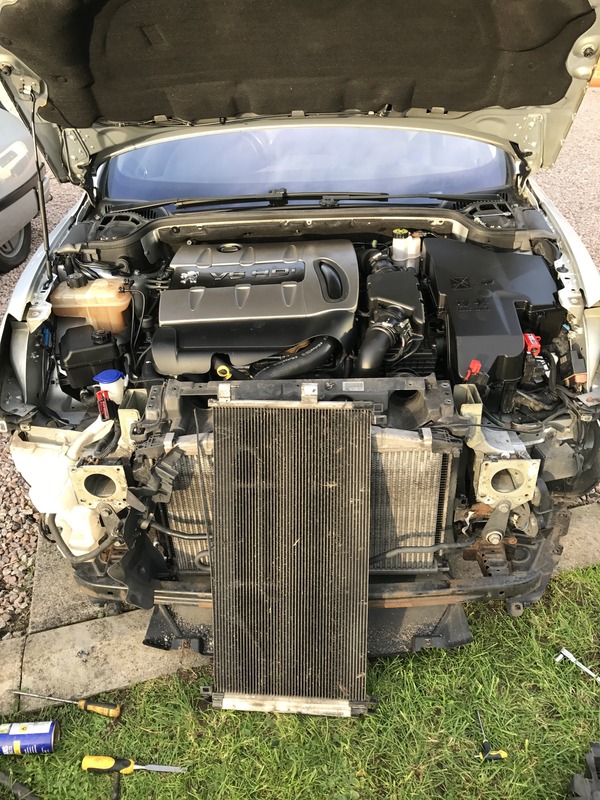 The new one arrived today and was duly fitted in exactly the same way the old one came out with minimal fuss after I'd replaced the o rings on the pipes with new ones. It probably took 5 minutes to get it sitting right and a further 5 minutes to get it all secured back in.

I'm pretty sure that's why this car was traded in. The previous owner spent £1500 on it having a major service and timing belt change in May this year, and I'll bet with the condenser retailing at £450 before fitting he was getting quoted another grand to fix the air con!

Will from PPC mag here – we spoke before I bought my 407 Coupé. I also need to change my aircon condenser. Is there a post on removing the front bumper?

If I took the car up to my mate who has a ramp, could I do it without removing the bumper?