Been over it twice now, both times in the dark

Only knew we were on the bridge because of the side winds.

Being a bridge lover I'd love to see it in the daylight...
Top

CitroJim wrote:
Only knew we were on the bridge because

Thought you were going to say "Only knew we were on the bridge because of being relieved of €9.40."..

I saw a programme about them building that - amazing. Anyone that is familiar with the A9 in Caithness will probably remember the village of Dunbeath, there was a very steep hill into and out of it, so much so that heavy vehicles used to push the tarmac into ridges as they were braking going down. You don't see it anymore, they have built a bridge right across the top of the village, you wouldn't notice the place if you didn't know it was there.

I saw that programme too, Peter. Millimetre accuracy, iirc.
Top

....its not made entirely from iron so misses out on the "Picture of the Day-Iron Bridge Special" but has got to be worth its place on spectacular roads! 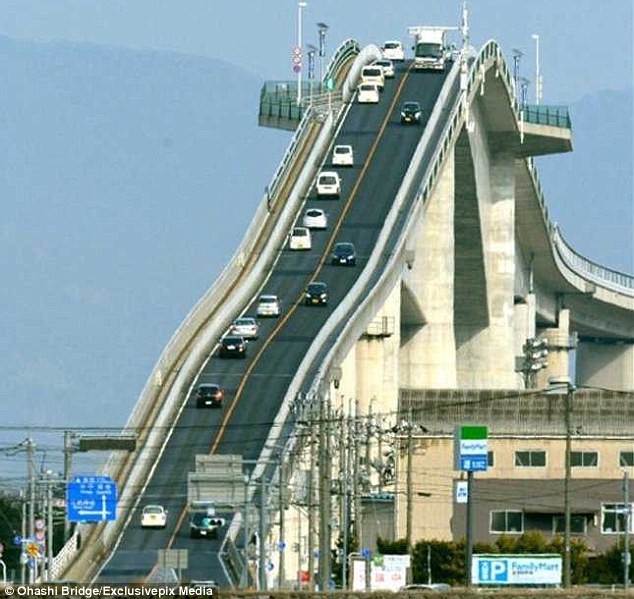 Ohhh eek... Reminds me a little of the bridge across to the Isle of Sheppey....
Top

And one for Jim - the stunningly beautiful Glenfinnan viaduct, on the West Highland Line, Fort William to Mallaig . . . 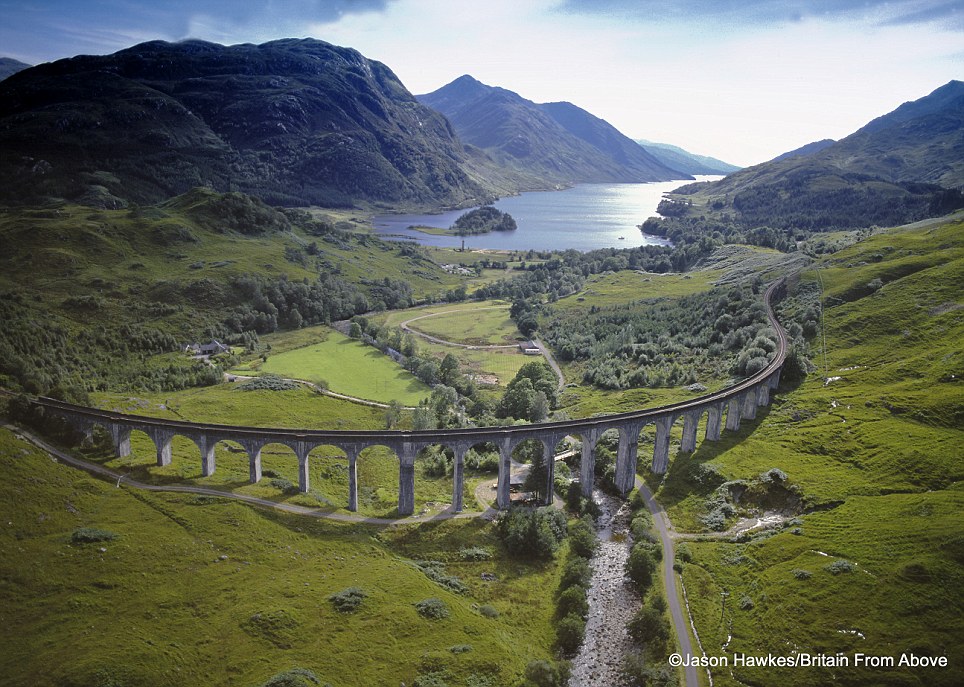 I never tire of looking at the Glenfinnan viaduct...

One day I'd love to travel over it in a steam hauled train...
Top

First did the Ft.Wm.to Mallaig road by car back in the '70s, when it was even narrower than it is now. Herring were still coming ashore in Mallaig in large quantities, and being smoked there too. Along that road is Arisaig (where parts of Local Hero were filmed) and Morar (birthplace of . . . . . Carol (BBC Weather) Kirkwood!) with its silver sand beaches. Did that route a few more times by train, and just once behind steam - wonderful, wonderful.

One of my favourite drives, after leaving Stirling and The Trossachs, is from Crianlarich and up and across Rannoch Moor, on the way to the descent through Glencoe. One day, we dumped the car at Crianlarich, and got on the train to go to Fort William. Bought tickets, boarded train, departed - and a few minutes later, the train stopped at Tyndrum Lower station. Lower! Oh b*gger! Wrong train (this one was heading to Oban)! No problem; we got out, taking the guard's tannoyed advice "Alight here for Tyndrum Upper and Fort William". 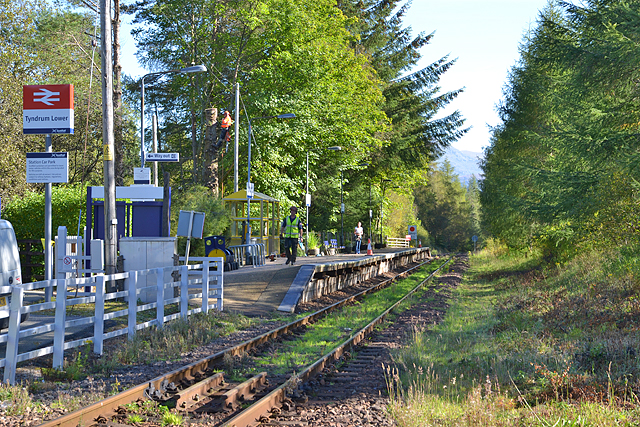 One snag - well, two, actually: it had started to rain, hard. Undaunted, we set off. There was even a signpost. Now, Tyndrum is a pretty small village, but it has two stations, on two lines, each half way up a hillside, and (as we discovered) best part of 2km apart, as the walker goes. Soggy, and out of breath, we approached Tyndrum Upper station (which is very much upper), and arrived there in steaming heaps, just as the train arrived. The guard checked our tickets, looked at us knowingly, and said something about Tyndrum Lower and what a nice walk it is. He then produced two cups of tea, with his compliments. Magic.
Top

Has appeared earlier on in the thread, but read about this today in the Dentist's waiting room. No other magazines were available but a pile of Professional Cyclist, a single Cycling Weekly, and a few of "Cyclist" including this very one here, with a special on "Les Lacets de Montvernier". All freshly tarmaced for the Tour in 2015.

The track at Tyndrum Lower is in a disgraceful state Neil. All those weeds and general unkemptness somewhat spoils it...

CitroJim wrote:The track at Tyndrum Lower is in a disgraceful state Neil. All those weeds and general unkemptness somewhat spoils it...

Jim, I can't take the credit for alerting the world to the state of Tyndrum Lower Station as shown in the picture, that was all the work of White Exec (Chris)

Les Lacets de Montvernier in Cyclist Magazine....that was me. Watched a video of it, but quite a boring voice over! from Cycling Weekly Magazine's web sight. The best views of it are not from the hill and the hairpin's but a walk to a viewpoint a little distance away. I was astounded at the price of some bikes in the magazines. I wonder how much easier the climb is on a Tour De France professional bike (without technical doping assistance of course!!!), than on my 31 year old Raleigh Nova.

I would probably try to do it one hairpin, then a rest and look at the view, maybe a bit of refreshment then the next until 4 hours later I got to the top. Not keen on masochism if I can avoid it

Another one for Jim to tidy up... 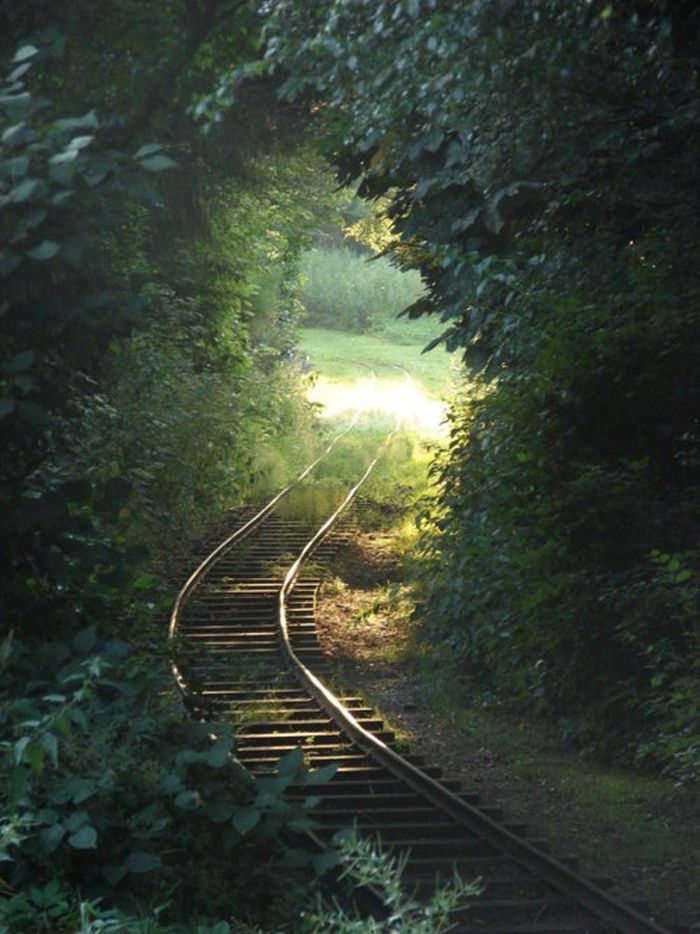 ...or it is the bottom of his garden?
Top

I'd love that at the bottom of my garden Chris