They're following you around Neil.
Top

I think I remember the Renault Dolphin . . . 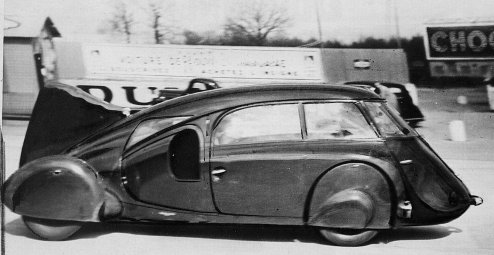 Heres a challenge to the FCF "community".

Having made a start by ticking off Boxes number 817 at Beadnell and 746 Loch Allen Dava Highland with evidential original photography, can the 17 remaining boxes be bagged by the combined efforts of the assembled throng of the FCF?

I do expect "Porlock" to be one of the early fallers

and there are a few in North Wales, loads in Scotland, and a smattering elsewhere. "Dunmail Rise" near Grasmere is also an easy one to get. At the end we may just be left with the one in Jersey, but what a fantastic reason to go on holiday there, and a conversation stopper at your next dinner party

Here's the full list of the currently 17 unclaimed boxes now in nice little groupings
South West England
137 Porlock, Somerset: on A39 (Dunster-Lynton) at junction with New Road
456 Halfway House, Newton Poppleford, Devon: on A3052 (Exeter-Sidmouth) at junction with B3180
Wales
161 Nantyffin, Crickhowell, Powys: on A40 (Abergavenny-Brecon) at junction with Talgarth A479
289 Devil’s Bridge, Ceredigion: at junction with A4120 (Devil’s Bridge-Ponterwyd) and Cwmystwyth B4574
580 Boduan, Gwynedd: on A497 (Nefyn-Pwllheli) around 1 mile south of junction with B4354
North West England
372 Mere Corner, Cheshire: on A556 at junction with A50
487 Dunmail Raise, Grasmere, Cumbria: on A591 (Grasmere-Keswick) at Raise House south of Thirlmere
Yorkshire
442 Aysgarth, North Yorkshire: on A684 (Aysgarth-Leyburn) near junction with Buckden B6160
573 Garrowbay, East Riding of Yorkshire: on A166 (Driffield-York), 4.5 miles east of York, opposite entrance to Garrowby Hall
Scotland
472 Cambus o’ May, Aberdeenshire: on A93 (Aberdeen-Braemar) near junction with Strathdon A97
504 Ardgay, Highland: at junction of A836 (Bonar Bridge-Tarlogie) and B9176
631 Brachla, Highland: on A82 (Fort Augustus-Inverness) around 4 miles north of Drumnadrochit
714 Threapland, Elgin, Moray: on A96 (Elgin-Fochabers) east of junction with B9103, Threapland Wood, 3.5 miles west of Fochabers
753 Glen Dye, Strachan, Aberdeenshire: between Bridge of Dye and Strachan on B974 at junction with Old Military Road
..and just a bit further south
723 Cappercleuch, Borders: at St. Mary’s Loch on the A708 (Moffat-Selkirk)
Norfolk
530 Brancaster, Norfolk: on A149 (Hunstanton-Wells) around 300 metres west of junction with Common Lane, Brancaster Staithe
Jersey
687 Trinity, Jersey: at junction of Rue du Presbytere and Rue des Picots, Trinity

Been past the Porlock one loads of times... Not recently but I hope to later this year on my bike...
Top

I've been past the St Mary's Loch one - only about 20 miles from here. The others are a long way north - 5+ hours even from me!
Top

RichardW wrote:I've been past the St Mary's Loch one - only about 20 miles from here. The others are a long way north - 5+ hours even from me!

...I'm sure there are one or 2 "Highlanders" on here, as well as us bordererers, and Wales?....absolutely teeming with FCF members! All we need is someone from Norfolk and its about cracked already

Would be possible for me and will be visited if I pass nearby.
Top

Would be possible for me and will be visited if I pass nearby.

I've just this minute visited those three...... on Google StreetView

Would be possible for me and will be visited if I pass nearby.

That's the spirit! Don't look upon it as a mere mundane event of visiting an AA Box, it is a refreshing random action of something you maybe wouldn't have dreamed of doing before....(er who dreams about visiting AA Boxes??...) and double it up with another random event in the locality like having a cup of tea at the very first "watering-hole" you pass after visiting the box regardless of whether its good, bad, or indifferent! The worse it is the better the story!

If I had to be self-critical about my own efforts so far, it would be that my photos are a bit matter of fact.....yes, they are photographs of AA Boxes, very important don't get me wrong from an event-recording point of view, but maybe could do with a pinch of humour or sillyness for pure entertainment purposes.

I'm quite into it really as I like exploring and History. They're just not quite close enough to warrant popping out for.
Top

and the Lake District is a place I visit time and time again, so its a question of next time just pausing at Dunmail Rise near Grasmere. 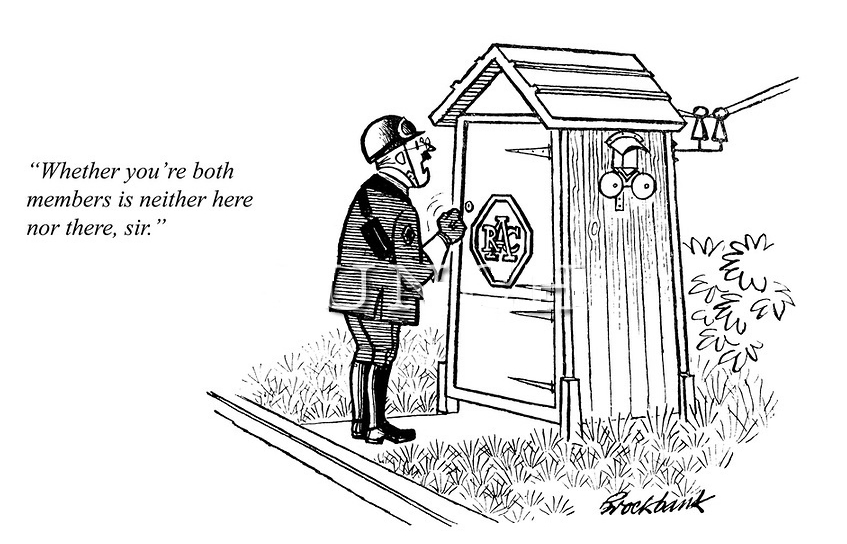 Hell Razor5543 wrote:My Mum was in the original "The Belles of St Trinian's". She was the young girl who rode 'Arab Boy' the race horse up the main stairs . . .

And here she is 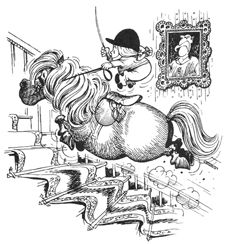 ...well, I should have been able to reduce the outstanding boxes to 16 with dunmail rise near grasmere, on my way home on Friday from Manchester, and probably could have captured a moody image with a brooding thundery sky, and the sun going down, with helm crag in the background.

Set off too late from Manchester though and with an eta of around midnight back home, gave the lakes detour a miss this time. Didn't help myself by taking the m62 in the wrong direction and ending up warringtonish, before joining the m6 north.

I am saying north but it was astonishing and irritating that with a low sun in the west the m6 north must head west and even south west at times as it snakes it's way north. Intermittent localised downpours, spray off the road, while at the same time driving directly into the sun made for a testing drive.h