I've been up to the Halnaker windmill many times. Back in the day I had to mow all around it on the odd occasions. I used to mow the field in ever decresing circles - the kestrels would be circling above as they knew the small furry creatures were getting concentrated into the central unmown bit - then the feeding frenzy started

Bobins, you have reminded me of a Thelwell cartoon, where there is a farmer cutting the corn in much the same way, and he shouts something like "Get ready, they will be running soon" to a huge number of wildlife photographers waiting in the verges.
Top

..and from circa 1920 this is a photograph of the box at offington corner.

Bucks Green?! I lived there for three years (1971-74) after graduating, and taking up my teaching post in nearby Billingshurst. Lived in the old 1880 School House, right next door to The Fox inn. Lots of memories of Rudgwick, Horsham and around, as well as the fun of running a Rover 3-litre and a built-up 1100cc Mini during a spell of petrol rationing...

Yes I have edited out my confusion over bucks green! Sussex through and through! Not sure if there was ever a genuine AA Box with Bucks Green on it unless it is indeed near Offingham Corner where the AA info puts box number 44's original location.

Offington Corner and Bucks Green only share the same county - that's as close as it gets, I'm afraid. There used to be an elderly eccentric gentleman who stood by the roundabout at Offington Corner and would wave to passing motorists - normally on a Sunday afternoon, although he would also flick motorists a 'V' sign when he felt like it

He was always splendidly attired and normally had his motorbike nearby.

Edit : Clearly I'm not the only one who remembers him

There wasn't an AA box at Bucks Green, but there was one, iirc, a few miles further along the A281, at Clemsfold roundabout, where the southbound A29 hits the A281.

The A281 between B.G. and Clemsfold was a quite spectacular two-lane "switchback", straight, but with numerous blind summits (and mercifully a double white line). Driven at 50mph+ (which I did twice a day), the vertical G-forces were quite something.

Not far from B.G. was the old Baynards station, on the disused (Beechinged) Christs Hospital to Guildford railway line. While looking for a first house to buy (in 1974) Baynards Station came up for sale by auction. In all, it was 1.1 acres (c.4500m²), consisting of level crossing gates, two platforms, Victorian station master's house, waiting rooms, and . . . a siding and Engine Shed! We assumed the whole kaboosh would sell for some vast sum way beyond our means, so we didn"t attend the auction. A few days later we found that everything had sold for just £17,000.

Some years ago, the splendid adjacent pub (the Thurlow Arms) was doing well, and the Station owner was keeping his restored Routemaster in the Engine Shed.
Top

"You mean the "Mayor of Lancing." Can't remember the old boy's real name [not sure if he could either] but he was a frequent visitor to the AA RSC on Offington roundabout in those days."

Knowing the proximity of A and S on the qwerty keyboard I guess the RSC is a mistype and a minor general public inaccuracy!

"You mean the "Mayor of Lancing." Can't remember the old boy's real name [not sure if he could either] but he was a frequent visitor to the AA RSC on Offington roundabout in those days."

First time I have discovered "lost colour library" but here is a very nice one of AA Box 514 from 1960 near Stonehenge.

As has one of the roads, now.
Top 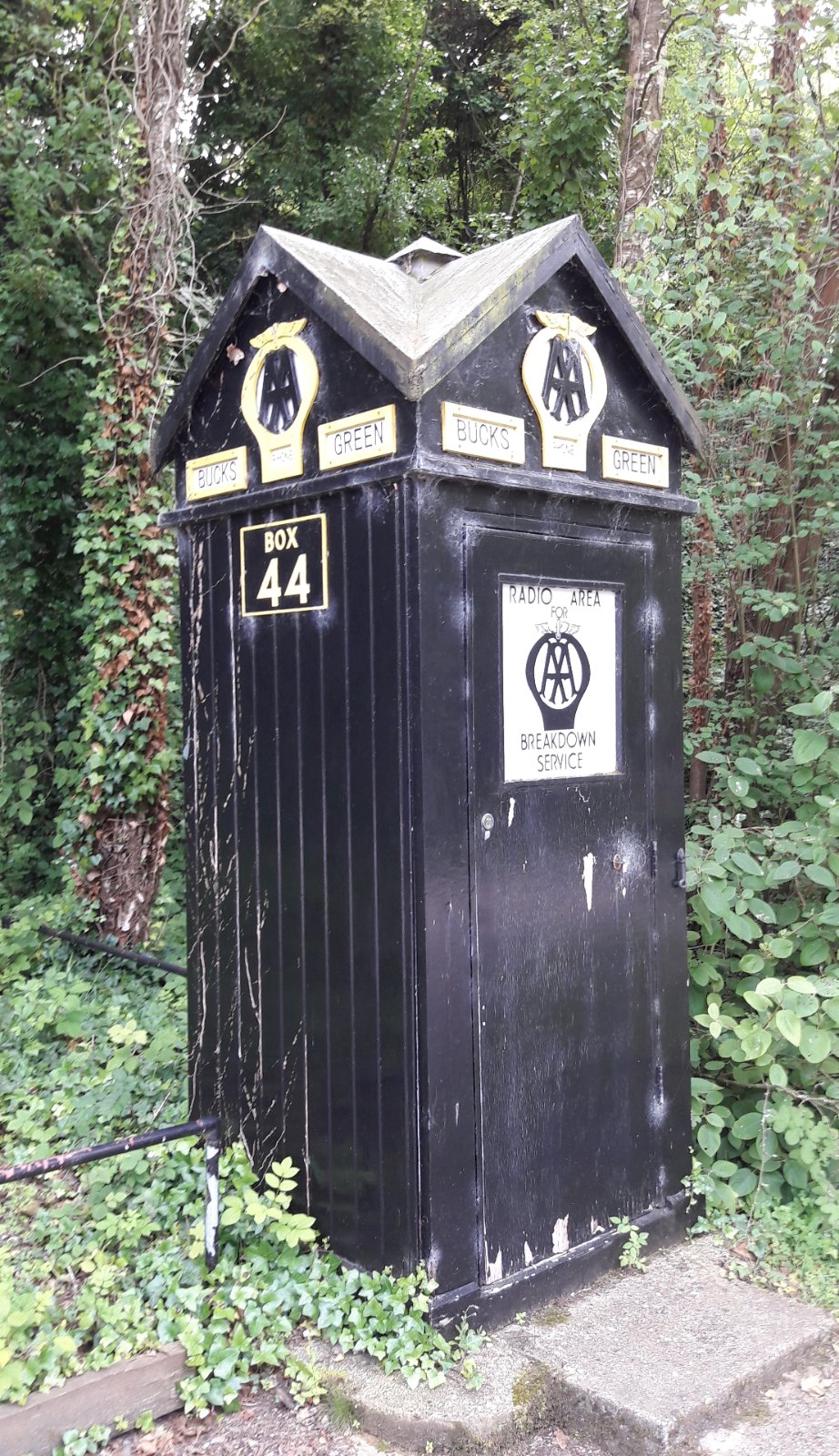 Today it was open and had someone in attendance