Oh yeh, nothing is impossible if you want it enough & it's a good point about the AX being possibly similar to the 106 (and saxo, which appears to be the favoured donor in this case). Also the job may be helped along if the car being converted is LHD, I don't know but I think it may be as the OP is in the Netherlands... What side do they drive on~? lol

I would gather from the OP's "fleet" that they're pretty enamoured with the little Cit and more than likely au fait with the general make-up of the car so I can see it being doable if they want an "AX AC", I do think the primary stumbling block would be the heater box/space, and how efficient the system could be with whatever size evaporator is able to be fitted but it's certainly possible. Just whether it turns out being a worthwhile addition usability-wise is what I'm not 100% on, very interested nonetheless to see where this goes & I wish the OP all the best in their project

I have LHD car should be easy to fit.
Top

LHD would be easier as you can then (as already put) 'target' a LHD Saxo or 106 with AC as a donor.

Seems I have to register again to look at Citroen SBox as the Peugeot login credentials are not accepted, something I would of thought they would be.

I was merely going to see if *any* (sold anywhere) AX had AC fitted...
Top

Thanks all Mine is LHD so will fit.
Top

All the parts you mean?
Top

Nope, he means all the swear words you can get your hands on

I have a LHD car but, I dont the have the wiring diagram of the thermostat.
Top 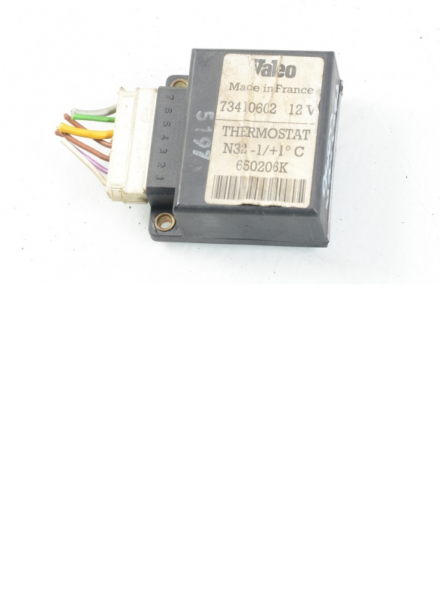 That appears to be a controller for the compressor clutch, probably for vehicles with "manual" A/C systems. Which model and year of vehicle did it come from?
Top

Does anyone has the diagram of the Berlingo 1.9D a/c system?
Top

So after a few month and 50 calls around seems noone knows it?
Top