I must say renaults one was better, with the front part electrically opening to 5 different positions. And it was a lowly 1.4 oasis!
Top

Renault seem to be ahead with gadgets. My youngest daughters 2002 Clio 1.2 has climate, electric windows, mirrors, auto lights & wipers and probably other stuff I can't remember. Better equipped than the Volvo V70 T5 of the same vintage I used to own!
Top

The first renault I ever had was a 94 clio RT. It was the first car I had with electric sunroof, auto closing for it and the windows when you pressed the remote locking button twice, the first car with remote locking. It was a lovely little car.
Top

daviemck2006 wrote:The first renault I ever had was a 94 clio RT. It was the first car I had with electric sunroof, auto closing for it and the windows when you pressed the remote locking button twice, the first car with remote locking. It was a lovely little car.

Sounds like my wife's car, I don't know if it has auto closing or not, I'll have to try now! 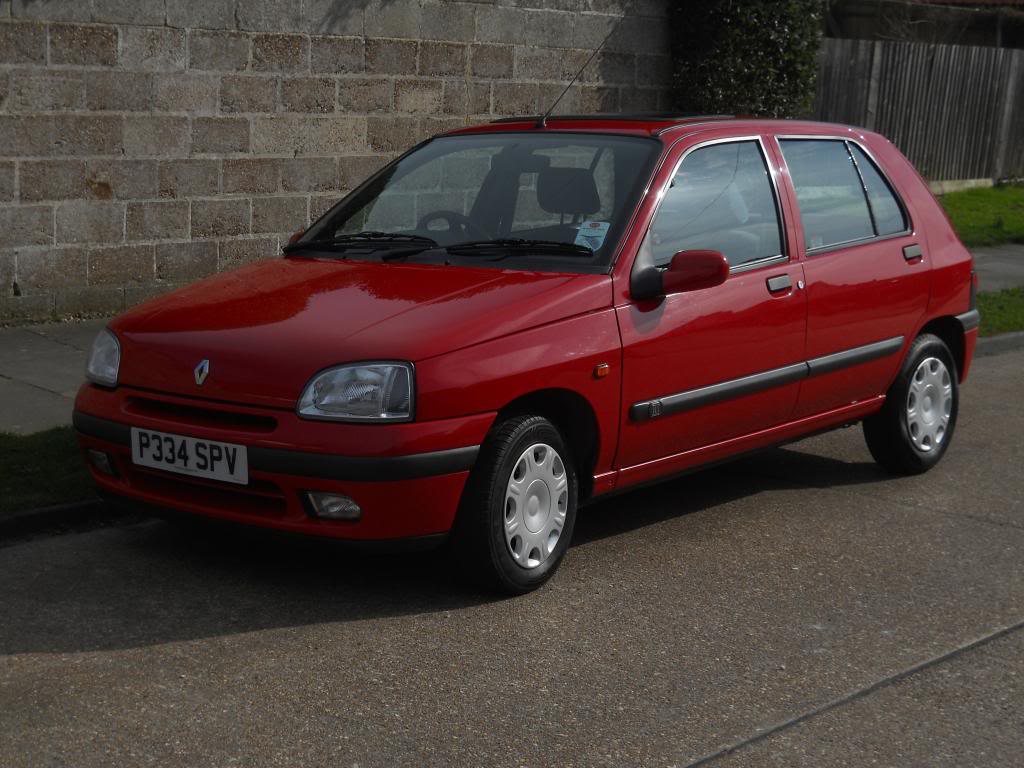 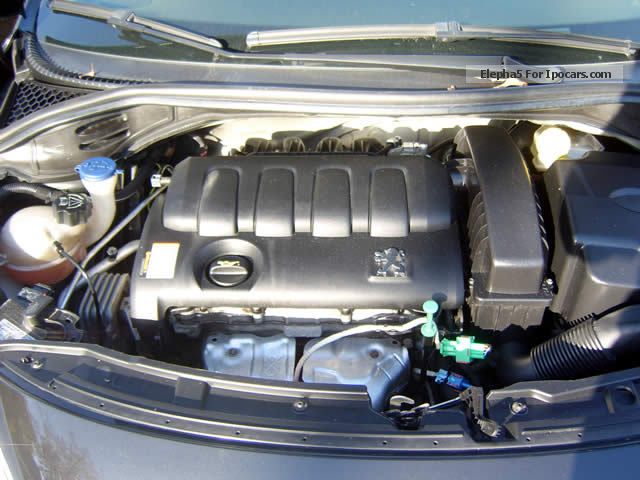 You have the ET3 with a rubber cambelt!

The cambelts are so easy to do on this engine. I've recently done Robyn's and it was a stroll in the park on a summer's day...

Ok I've changed the oil & all the filters, took me a while to find the oil filter as I was looking underneath! It was pretty easy & not that messy. We spent the afternoon vaxing the seats & carpets since the previous owner obviously had small kids & the dealers "valet clean" wasn't up to much. Came up a treat though!
The engine is most definitely the BMW Mini/Peugeot one though and as CitroJim says the BOL doesn't admit it exists. I thought it was nippy & now I see it has 95BHP so not too surprising! 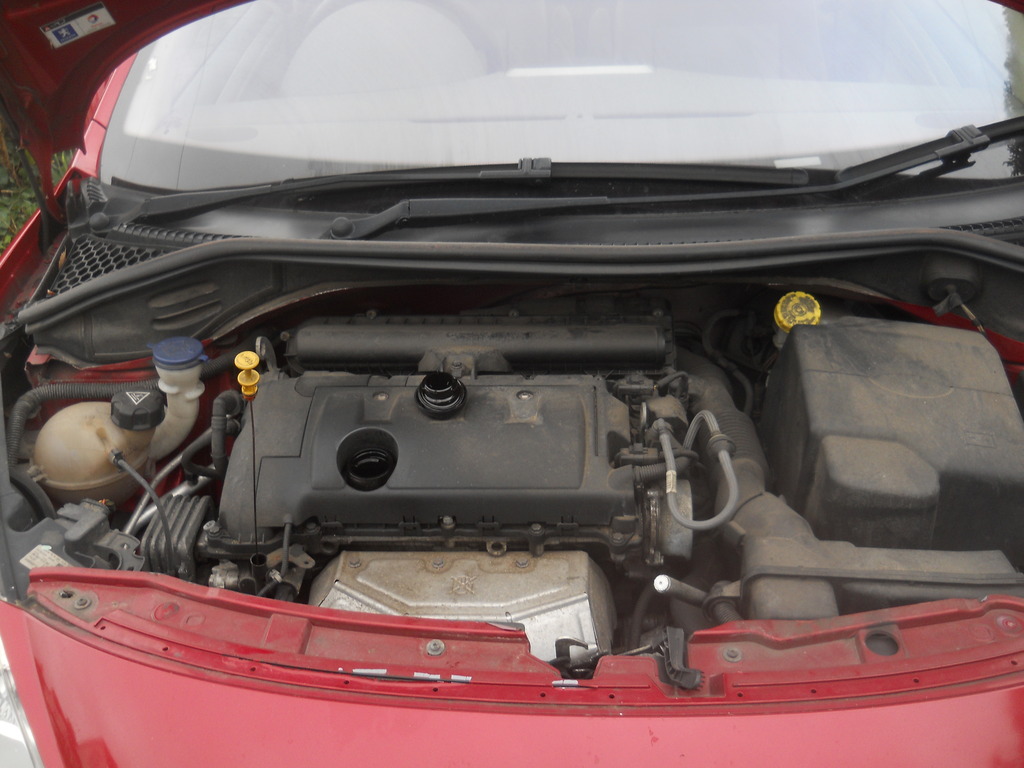 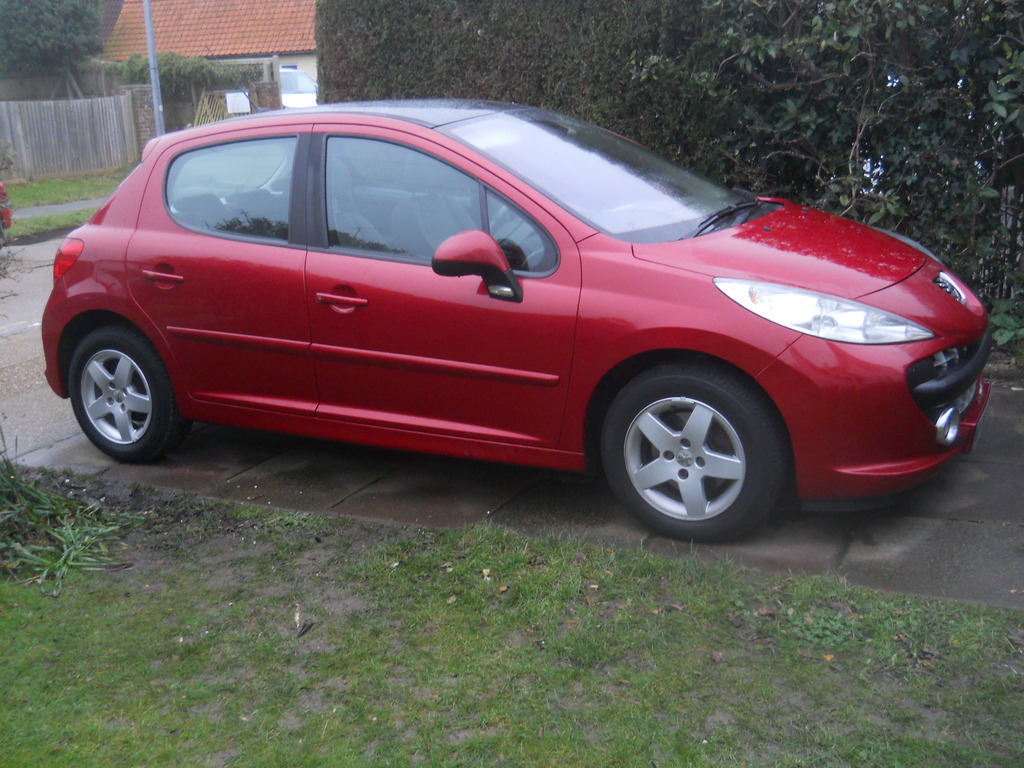 Good to see the BoL maintains its reputation

Not posted on this lately, but Daughter came around the other day and waits until about 3.30 before asking if I'll wash it. Ok so start up and bong! Fuel Level Too Low! Bong! Check Engine Oil Level! Anyway, that wasn't what I was going to ask about as that's just normal Dad stuff, lucky it uses the same Synthetic oil as the VTS.
Anyway as I was washing it I discovered that what I thought I was bird poo was actually cement, pressure washer didn't want to get it off completely, but reduced the bits I found down to a stain. The flat where she lives has been having roof repairs (her kitchen has been flooded for several weeks) and the idiots must have dropped it over the cars below. By the time I'd done that it was too dark to see it properly, but when daughter looked the next day, she found lots of bits I didn't see and the places where it had been on the front (plastic) nose cone that lacquer had come off! So two questions, what can I do to prevent the lacquer peel getting worse and how can I get the rest of the cement off without ruining the rest of the paint?
I know red is susceptable to peel, but can't remember why. Is Diablo red or whatever Pug call it worse than most for some reason? (That's three questions, start again. Amongst my questions....)
Top

I'm glad mine never ask me to wash theirs

I'd say there's nothing you can do to repair/limit the damage the cement has done... It'll likely need professional attention and I'd be looking towards the company responsible for their negligence to obtain some recompence...

One of those mobile smart repair mobs should be able to do.

I'd say there's nothing you can do to repair/limit the damage the cement has done... It'll likely need professional attention and I'd be looking towards the company responsible for their negligence to obtain some recompence...

One of those mobile smart repair mobs should be able to do.


Oh well I expect that's that then as we don't know for sure who is responsible (even if it's most likely) and can't prove it anyway. It's not worth spending a fortune on it really, I'll polish up if possible and use a rattle can of lacquer on the nose cone (obviously need some good weather). The really annoying thing is she's moving to a new flat this weekend so won't park there again after that!
Top

Surely whoever is chucking cement around is responsible for restoring the paintwork?
Top

I know this isn't really the place to ask questions like this, but I'll start here as the Peugeot section seems very slow...

So Pug 207 with 1.4 chain cam BMW/Pug engine, had depolution system faulty message, I scanned it with Lexia and this is what i found out...

P0341 Measurement of the camshaft position : Loss of camshaft signal while the engine is running

I cleared the codes all except the last one F303 on the BSI which wouldn't go. All seemed good until yesterday when message returned with added bonus of EML.
I'm thinking BSI fault and would like to try a BSI reset, but I'm in Sussex and car is in Norfolk! Not sure if daughter No1 will be able to disconnect the battery or even if it's worth trying.
Thoughts anyone?
Top

Might be worth adding a quick "Anyone prepared to help a damsel in distress reset her BSI" on the Norfolk thread: viewtopic.php?p=650205#p650205

Someone local may be happy to help out, which part of Norfolk is she in?

Someone local may be happy to help out, which part of Norfolk is she in?

That's an idea. At the moment I don't know if she will try it herself or not as she's not replied to me, so I'll wait and see what she says.

Is it probable I'm on the right track with BSI problems though?
Top
Messages: 38