We visited the 'acoustic mirrors' in the Denge area, a good few years ago while caravanning in the Hythe area of Kent.
Amazing! If you stand at the focus, facing the mirror, what you can hear behind you - in glorious stereo - is extraordinary. Apparently, registered blind operators made some of the best 'monitors' of approaching aircraft, and would then telephone their early warnings direct to the War Office. Originally, several hundred of these acoustic mirrors were built along the south and east coast. As said, radar spelt their rapid abandonment.
Top

NewcastleFalcon wrote: Elsewhere in the article there is a reference to these things at Denge built in the 1930's, but instantly obsolete when radar came along

The sound mirrors at Denge

Bizarre, but mildly effective structures. I'm just reading about the history of Orford Ness (radar featured heavily in the early years at Orford Ness) and there was a somewhat telling incident just as they were about to demonstrate the mirrors that showed one of the shortcomings of the sound mirror idea - a milk float passed by nearby and completely drowned out anything they were supposed to be hearing

Orford Ness may as well get an airing. Nice that there are a few of these desolate square kilometres still in our crowded island. 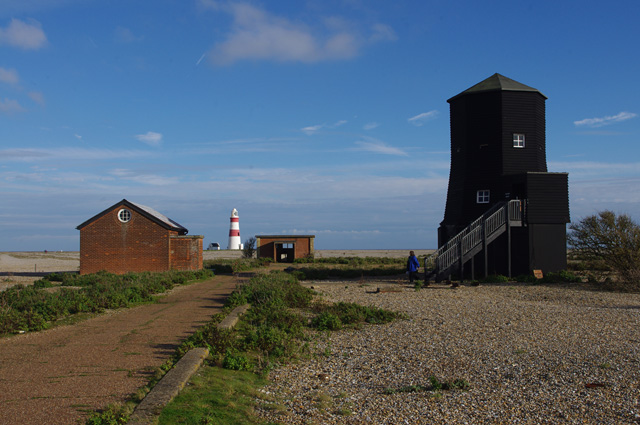 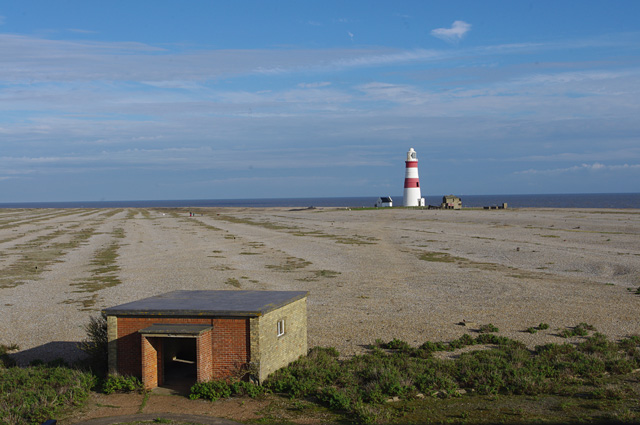 Whilst the view of the lighthouse is nice enough, I much prefer the view going the other way where all the interesting buildings are.....

bobins wrote:Whilst the view of the lighthouse is nice enough, I much prefer the view going the other way where all the interesting buildings are.....

Absolutely yes, some very interesting stories to tell there...
Top

....and then there's the building with a very interesting story to tell to the north of the lighthouse.......

It might not look that interesting, but it was home to the Cobra Mist long range radar.
https://en.wikipedia.org/wiki/Cobra_Mist
Last edited by bobins on 29 Jun 2017, 21:06, edited 1 time in total.
Top

There is something deliciously naughty about breaking the rules and being a complete maverick....

Power Generation Plant Day has been officially closed but ....so what 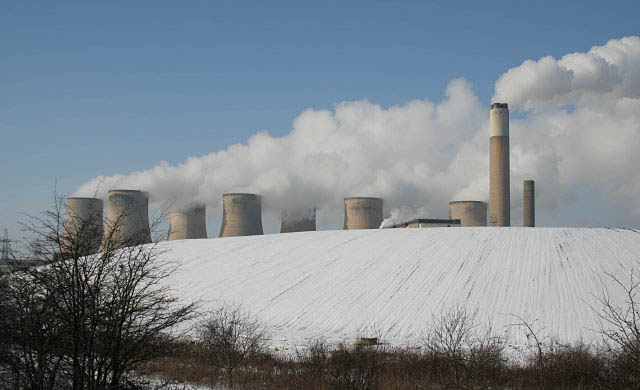 Come on East Midlanders where is it?


Ratcliffe On Soar near Nottingham...

Used to pass it regularly when visiting Sian at Uni... 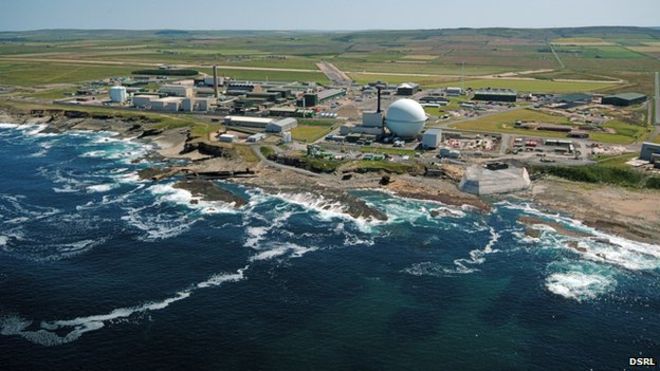 A truly bizarre experience - you come along the road across the top of Scotland where there is virtually nothing, and then suddenly this huge dome appears out of nowhere! We're considered north by most, but that is 6+ hours drive north of here! You get to Inverness, which is well north, but it's another 120miles to Thurso, and Dounray is past that - on bendy single carriageway roads. My friend is married to a girl from Thurso - he has done Inverness - Thurso in 2 hours, but reckons it requires driving like a nutter on the open road sections, given the number of villages with speed limits!
Top

Has our 500 North has just been extended by a couple of days?
Top

white exec wrote:Has our 500 North has just been extended by a couple of days?

I think it would be well worth extending it to see Dounray Chris...
Top

"Geograph's" picture of the day 16th February 2017 is from Portsoy...coincidentally mentioned by Davie on another thread this very day. 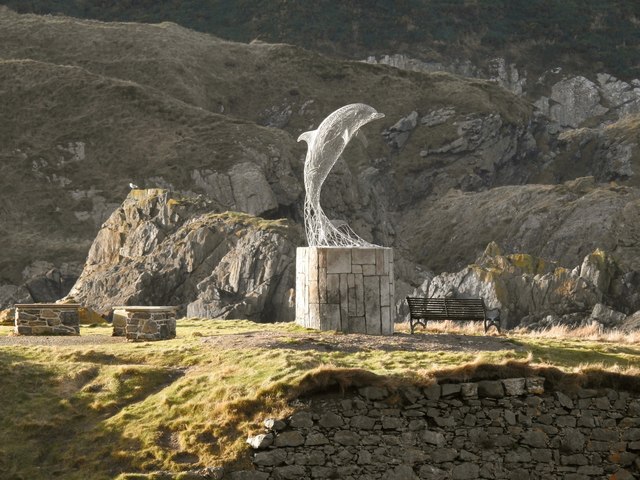 PS might as well add a semi relevant bonus....there are 276,418 1km grid squares and 5,261,000 images recorded, and a "today's" picture is selected from that resource. Look back only to February 4th and what do we have...
a picture of the watershed lake in Ayrshire called "Loch na Davie in winter". Unbelievable 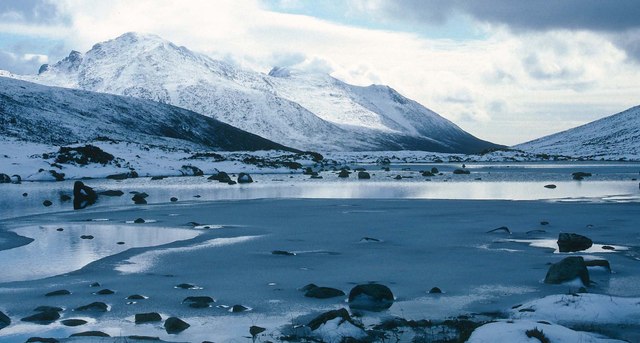 That is my home town, where I was born and lived for 50 years. There was a bit of a disagreement about this statue. It was made and built and mounted on the plinth, which totally matches the old harbour area where it is situated. It is owned wholly by the local population. Someone, no one seems to know who but suspect Aberdeenshire Council affixed though huge plaques to the stone base, naming the dolphin and a biblical quote about sailors which was not even accurate. The local community were up in arms about this, as the shiny aluminium plaques ruined the ambience other the statue, and indeed the area, with the sun glinting off it. No one knows who chose the name, Festival Dolphin although that was suspected to be a committee of mainly incomers to the village who run the Scottish Traditional Boat Festival which is held in the village each year. It is a major event, in my opinion too big for the village now and before I moved away from Portsoy 3 tears ago I always went away for the weekend it was on because it caused far too much disruption for me. The committee think they own Portsoy and try to control everything. Anyway there was an incredible fuss kicked up about these plaques and they disappeared totally one night, just a few weeks ago. Again it is a mystery who removed them, but apparently peace is restored at the dolphin again!

daviemck2006 wrote:That is my home town, where I was born and lived for 50 years. There was a bit of a disagreement about this statue.....them, but apparently peace is restored at the dolphin again!

Thanks Davie, I like it when a random picture leads to a bit of a story....maybe if you journey south you should make a pilgrimage to "Loch na Davie". Its got to be the only lake/loch called Davie in the entire world

Not exactly a photographic masterpiece, but topical 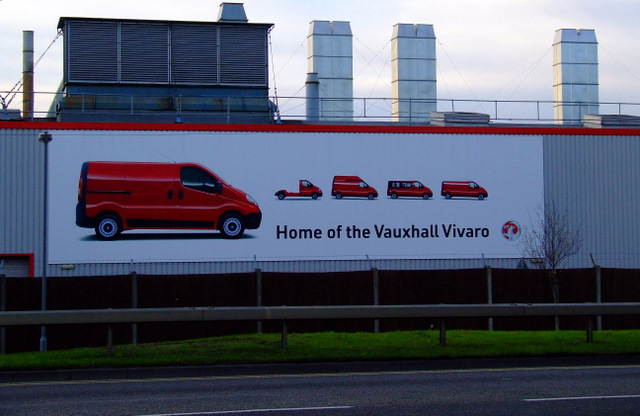 another one from Thomas Nugent.....is this the world's ugliest Railway Station? 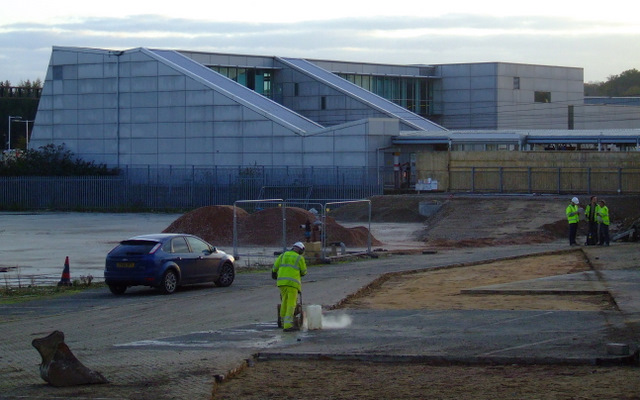