Zelandeth wrote:If you want to take a look at a page which could potentially be quite expensive if you're being tempted back towards getting into photography again...

Quite a few interesting things over there...

Those prices are just silly - another 'Saw you coming' shop!
I had a couple of Lubitels some years ago - fun to play with, but worth no more than the six quid or so I paid for them (apart from anything else, they're notorious for having light leaks).

Mind you, I see that proper TLRs have appreciated vastly over the past few years.
Top

New type of mud flaps. They disintegrate during spring 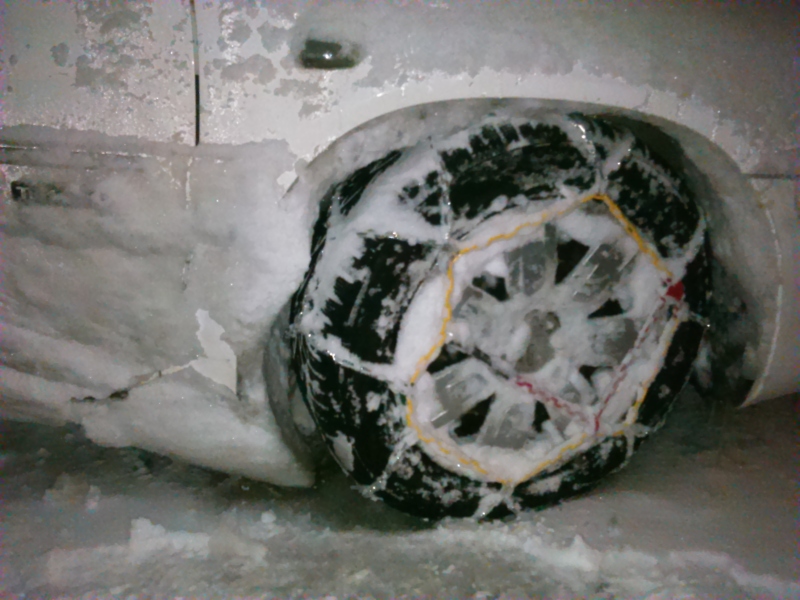 You get proper winters there...
Top

On 23rd January 2017, FCF "Picture(s) of the Day" will mark the occasion of its 50th Birthday with a Milton Keynes special.

Unfortunately, I cannot personally contribute to the visual feast, as my portfolio of original photography doesnt include a single image Milton Keynes. Yes its a big ommission on my part. I have had many opportunities from the window of the National Express Coach to capture dawn breaking over Milton Keynes after the overnight journey from Newcastle, but somehow the motivation to get the camera out must have by-passed me

So, I have to leave it to others to honour Milton Keynes with their own pictures, and in the vein of the "What do you Know about Norfolk?" thread, contributions to the greater knowledge of everyone by answering the question...

What do you know about Milton Keynes?

...no holds barred....and define and delimit what exactly is Milton Keynes to your heart's content.

NewcastleFalcon wrote: What do you know about Milton Keynes?

I have lived in or on the edge of Milton Keynes since I was 16 years old so I've watched it grow since 1975 to where it is now...

So, that’ll be getting on 42 years I've been here now bar for a few years living overseas.

I love the place, always have, always will. It works brilliantly and I love how you can be in the 'city'* centre and yet in the middle of the countryside..

Our two Milton Keynes parkruns take place in the middle of the city but you could be forgiven for thinking it was out in the middle of nowhere. The place is more green and open-space than concrete and has a mass of linear parkland unequalled.

Travel around the place is excellent by car as it was designed around the car. Three cars waiting at a roundabout constitute congestion.

The design of MK makes public transport hard to make work and I'm sure they could still do better. Despite that north-south communication links are excellent with the M1, West Coast Mainline, the A5 and the Grand Union canal passing right through the middle of the place. We enjoy a fast and frequent train service to London but east-west communications are very poor. This is allegedly being addressed but a full dual-carriageway (or motorway preferably) link between the M1 at MK and the A34 at Oxford is badly needed. The old 'Varsity Line' between Oxford and Cambridge badly needs to be reopened. This is slated to be happening in 2024.

It's good for cyclists with hundreds of miles of dedicated cycle routes.

I get very annoyed by the 'knockers' who don't like the place. They clearly don't live here. I will defend the place to the hilt- always.

It has it's issues but then what large urban conurbation doesn't? Truth is, you only appreciate the place when you leave for a while and then return.

I intend to live nowhere else for the foreseeable.

* We locals call it 'the city' even though technically it's a town.
Top

Excellent piece there Jim, but 15.12 hours into the "Picture(s) of the day-Milton Keynes Day" we await our first picture!

I confess I have none worth sharing Neil apart from perhaps this one taken down by Willen Lake and the Peace Pagoda last year..

Just bear in mind this spot is barely a mile from the city centre!

Gives a good impression of just how green and open Milton Keynes is...

Did anyone listen to the piece on the Jeremy Vine show about Milton Keynes today?

That is lovely Jim. We have a large recreation area at the end of the road. The monsters scream up and down on high powered scramblers all the time and the non workers take their pit bulls over there to vacate their bowels and see if there are any juicy little dogs to kill.

Sent from my A0001 using Tapatalk
Top

I really feel for you having to put up with that kind of nonsense.

I must admit, around the Peace Pagoda it is very peaceful indeed... It's on the banks of one of several lakes known as balancing lakes in Milton Keynes. Willen Lake is a massive water-sports venue and general leisure area; it's the venue for one of the MK parkruns and is near Gulliver's Land, a theme park. It even has a miniature railway running around part of it...

It's the closest MK can get to a seaside!

Another lake, Caldecotte, and yet another balancing lake, is the venue for a water-sport I adore and practice with great relish as shown in the photo below and is also a wildlife sanctuary.... Again, it is barely a stone's-throw from the city centre. An added bonus is that it is just over 5Km in circumference and just the ticket for a a quick warm-up run before taking the kayak out

The other lakes in Milton Keynes (we have many) are scenic and devoted to wildlife rather than leisure...

We are so lucky to have all this on our doorstep.

CitroJim wrote:I confess I have none worth sharing Neil apart from perhaps this one taken down by Willen Lake and the Peace Pagoda last year..

Did anyone listen to the piece on the Jeremy Vine show about Milton Keynes today?

Answer to question 2...it was on...but I find if you want to get away from the tired old stereotypes of the place, its best to consult the FCF!

. Milton Keynes has broken its duck

, but I' sure there's more. It would possibly be too much to expect a returning Keynesian to have photographed the sunrise through the windows of a National Express coach to put right my own failing

Well, I am not intimately acquainted with Jim's bedtime routines, although he has openly declared these on other threads, and he has well and truly stepped up to the plate, but shortly for the last 4 hours or so of Milton Keynes Day, the baton will be handed on.

Lets not disappoint Jim when he logs on tomorrow morning and the Milton Keynes Party is over, and aim for a flood of posts about the beloved City that is MK

Once more unto the breach dear friends, once more! God save the Queen!

Simple Question.......Is the royal Train still stored here, or are the longest continually operating engine works in the World going to be demolished and redeveloped? 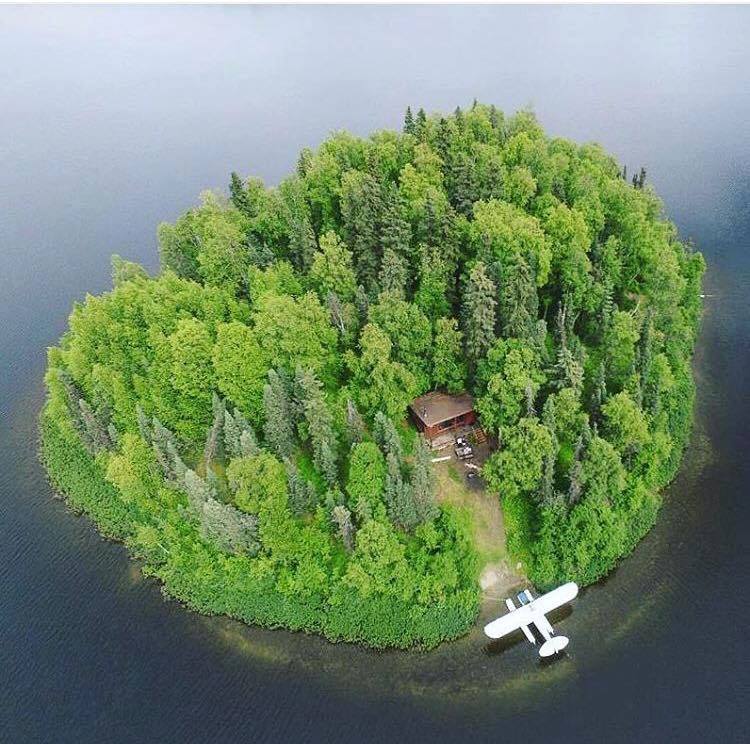 Hang on, I can see a puma hiding under one of those trees!
Top

NewcastleFalcon wrote:Simple Question.......Is the royal Train still stored here, or are the longest continually operating engine works in the World going to be demolished and redeveloped?

I have no idea Neil. I do know that were it used to be stabled has been turned into rather swish flats...

To be honest, there's not much of the 'works' left now and with this headlong need to build houses on every inch of land I'd not be surprised if it disappears completely soon.

It'll be no great loss as much of the old works is in a terrible state of disrepair and neglect.

Many of the old buildings, like the royal trainshed, have been renovated and converted into flats so maybe they'll do as much as possible of that rather than just demolishing wholesale.

Even the Tesco, built many years ago n the suite, is in the correct style to blend in. It looks quite lovely, or as lovely as a supermarket can!
Top

CitroJim wrote:Even the Tesco, built many years ago n the suite, is in the correct style to blend in. It looks quite lovely, or as lovely as a supermarket can!

Another supermarket from Wolverhampton......source geograph Bill Boaden available under this Creative Commons Licence 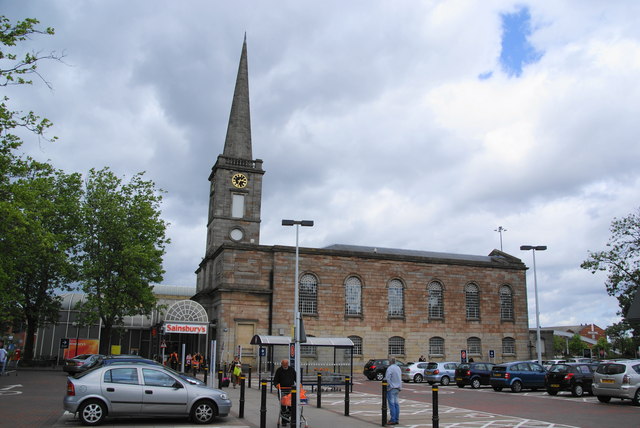