Lovely atmospheric image. I do remember the trolley buses from my youth in Newcastle. I suspect natural selection and survival of the fittest, because it was not just in Newcastle that Trams and Trolley Buses disappeared it was everywhere with few exceptions. An ageing infrastructure needing re-investment, and an alternative in the diesel bus which could go anywhere, without having to construct and maintain new networks of posts wires and rails.

I think there was also a "modernisation" agenda for the Cities across the country and the wires strung above the streets were aesthetically unpleasing and also a factor in decisions to do away wih the Trolley bus. More aesthetically pleasing concrete car parks and flyovers and high rise living were the order of the day!

In spite of my self-imposed TV Ban, I'm not going to cut the pleasure off of a few classics on youtube.

Remember being at school in Ealing. In the very early 60s, as Routemasters steadily replaced Trolleybuses, route by route, the newest Trolleybuses (Q-type, built in 1950, 70-seater, six-wheel) were removed from service, and replaced with ancient predecessors. The Q's were sold to South Africa and Spain, who snapped them up, and continued to run there for decades.

Oddly, during the 1980s, Spain passed a regulation outlawing municipalities from operating of electrically powered public transport, and so the Trolleys had to go. Most were scrapped, but a few were eventually rescued, and brought back to the UK by enthisiasts. They ended up here: http://www.sandtoft.org.uk/.

Many European cities still operate them, mainly single-decker. London's Trolleys would out-accelerate even the best-engined Routemaster any day.
Top

I still have somewhat vague recollections of trams in Doncaster, Whitby and Newcastle.
Top

Newcastle's Trolley Buses were Yellow like this one from Beamish which you can still ride on today at the museum.

The older I've got, the more I've come to appreciate the words to The Likely Lads theme music.....

"Tomorrow's almost over,
Today went by so fast,
The only thing to look forward to is the past?"

I had to consciously restrain myself from going on an absolute binge, when I discovered episode after episode of "Whatever happened to the Likely Lads" on you tube. Just watched the one last night, I mean I liked them at the time, but now! Absolute comedy gold, and littered with "old classics" of that era including Bob's Vauxhall Viva.

..and for us natives, a bit of location spotting as well. Bob was phoning Thelma from a red call box outside the Dipton Mill Inn near Hexham.....still today a very good pub which brews its own beer, and does nice meals! ....and the red telephone box.....today's generation with their smart phones, facetime etc just wont have the pleasure any more of putting coins into a slot, pressing button A and B, and for the pips to appear mid-conversation as you fumble to feed the phone!

bobins wrote:The older I've got, the more I've come to appreciate the words to The Likely Lads theme music.....

"Tomorrow's almost over,
Today went by so fast,
The only thing to look forward to is the past?"

There's a nice little piece here with Ian La Frenais with a few good clips from the series, superbly crafted in my opinion.

The scene of everyone in Bob's new estate, reversing their cars off their drives at exactly the same time is class, as are the cars!

The 'Likely Lads' remains one of my favourites.. The last time it was repeated on the telly I thoroughly enjoyed it...

Even the theme tune is brilliant...
Top

CitroJim wrote: Even the theme tune is brilliant...

Penned by Mike Hugg of Mannfred Mann along with Ian La Frenais.

...and here's the cars in Bob's estate, and bang on topic for the French Car Forum, I've a sneaking suspicion that amongst the Cortina's, Maxi and Bob's Viva something white and continental has sneaked in

I may be wrong of course...what is it? 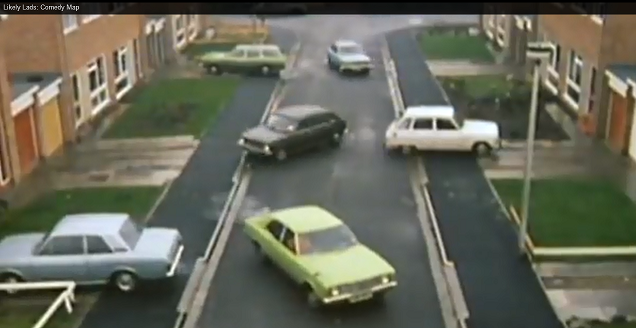 Gosh, there's some classics there

MK II Cortina, Austin Maxi, Lime green one I'm not sure is it MK II Cortina or an FD Vauxhall? White one looks like a Simca 1100 and the pale blue one in the distance a HB Viva?

Dark green estate in the far distance. Not a clue...

Didn't Bob and Thelma have an HB Viva in the series?
Top

MK II Cortina, Austin Maxi, Lime green one I'm not sure is it MK II Cortina or an FD Vauxhall? White one looks like a Simca 1100 and the pale blue one in the distance a HB Viva?

Dark green estate in the far distance. Not a clue...

Didn't Bob and Thelma have an HB Viva in the series?

One of these I think: 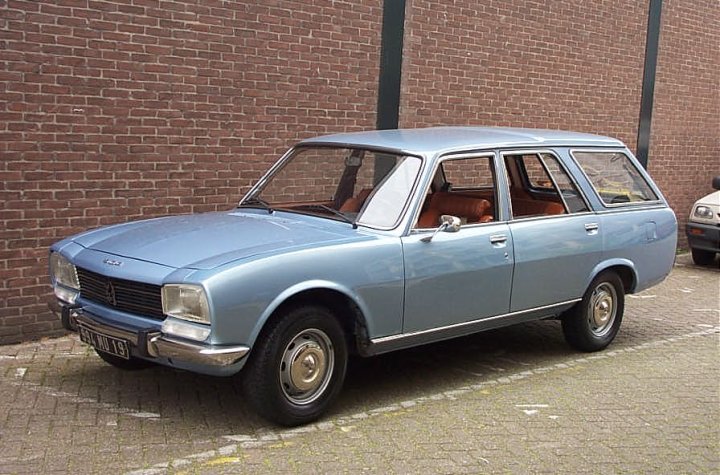 Good to see something French in there!
Top

I gave Tickford Bridge another outing recently, as a suggestion for a suitable location to "engineer" milestone moments on the milometer.....ie turning over 200,000 as you cross it, rather than turning 200,000 in one of the big 4's car parks!

and wiki provided some fascinating facts


Tickford Bridge, over the River Ouzel (or Lovat) in Newport Pagnell, Buckinghamshire, England, was built in 1810[1] and is one of the last (21 still remaining) iron bridge in Britain that still carries main road traffic[citation needed] and is the oldest iron bridge in the world that is still in constant use.[citation needed] T

and the fascinating bit......"one of the last (21 still remaining iron bridge in Britain that still carries road traffic [citation needed]......."

So there's Tickford bridge at Newport Pagnell and here' a second...Waterloo Bridge at Betws-Y-Coed.....where are the others.....?

There was an iron bridge over the canal on a narrow road between Perry bar and Great Barr Birmingham, the council decided to widen the road for buses.

The site manager told me they were about to lift out this bridge, I asked him what would happen to it, his reply "That's mine I'm getting a scrap merchant to collect it, it's my perk."

This guy also asked us to cut some second hand RSJs in half for supporting the manholes in the new road, he said the were going to be a bit short as there needed to be a four inch bearing on each end of the brickwork, the RSJs were only long enough to give three inches but that was "near enough" and nobody was going to inspect it.
Top

Thhis has got to be worth a detour to see if you are anywhere in the vicinity of Chepstow. Cast iron and still carries local traffic, and looks absolutely beautiful! Number 3 on the FCF list

The Old Wye Bridge at Chepstow