James' spot today of an old GUY bus reminded me of the "mascot" adopted by GUY vehicles, one of the more memorable.

The words "Feathers in our cap" are inscribed in the headdress band.

Plenty of other memorable mascots. I like the Armstrong Siddeley sphinx too. 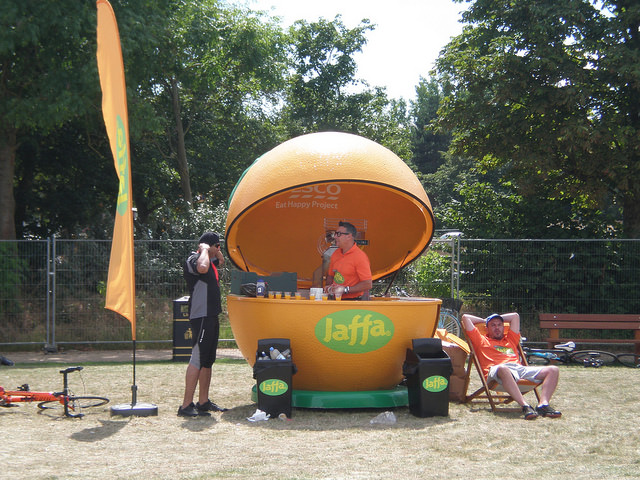 There's one of those oranges or something very similar at Beaulieu.
Top

I've seen that one James

I believe it's based on Mini running gear...
Top

Seen it too. You pipped me to it!
Wasn't there a 'beer bottle' delivery vehicle there as well?
Top 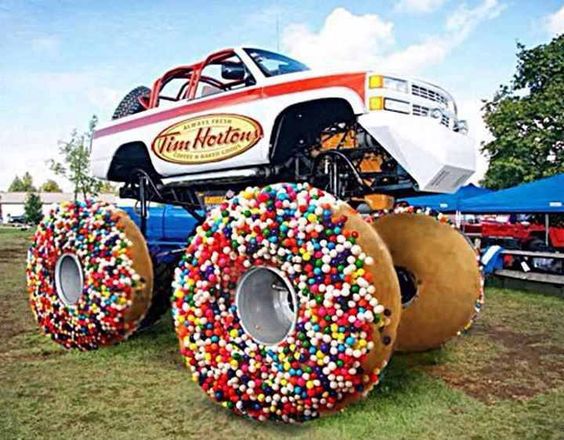 Plud a lego caravan, a real 427 cobra and all sorts ofvother goodies. Anyone who hasn't visited should if they possibly can.
Top

I have come across the "Outspan" mini in my wanderings, and Tim Horton of the doughnut wheels fame provided many breakfasts when we were in Canada.

Two go to sites for a picture of the day for me are NASA and Geograph. While some of the NASA offferings can be described as truly awesome, Geograph's are more down to earth literally, with just the occasional tongue-in-cheek image.

Nice bit of title work here, which I have to say would have been food and drink for Malcolm! Strictly speaking this was their picture for yesterday. 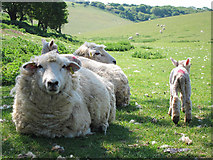 © Copyright Oast House Archive and
licensed for reuse under this Creative Commons Licence.

Come on I've given you the set up....do your worst!

Here are a couple of my photos from the Goodwood Festival of Speed last week.

These two just stood out to as it's a car that just looks so, so much better photographed like this I think...

Shot of the car on the way up the hill is the better of the two I think - as it really could have been snapped 50 odd years ago (assuming you don't count the fact that the car is in fact largely updated for the 21st century!).

No fancy digital filters here either...Shot on Ilford Delta 3200 film on a Konika Autoreflex T-3, with the stock 50mm lens. These were shot at about F8 I think at 1/500s. Got quite a few shots from the day actually that turned out nicely, though the Eagle there really suits the media the best I think!
Top

Oh I do like a nice, well presented monochrome picture Zel

They have so much atmosphere and suit the subject beautifully... Those are fine art in my opinion....

Do you do your own processing?
Top

Sadly not (yet!) Jim. It's something that's on the list to look into one day.

Probably start off with something a bit more user friendly than the ISO3200 speed film used here if I were developing it myself.

It's fun to play with though, tending to produce very contrasty (and obviously grainy) images. The lens on this camera goes right up to F1.7 as well, so you can get away with very little light. Seem to recall I was shooting at 1/1000s in the rally stage under the trees, but had still had to stop the lens down to around F4 or 5.
Top

This is my best monochrome picture. It's 2 shots and a little darkroom trickery. No computer involved, I tried it that way too but was never satisfied with the result.

I used to do a little 35mm monochrome processing back in the 70s Zel and loved it then - a great sense of satisfaction...

I fear now I'm highly likely to be allergic to the chemicals and that will rule it out for me but if I could I'd love to do it again...

Its from my photography gcse when we were doing portraits.
Everyone just took pictures, developed them and rated them on how in focus they were.
I found that boring and messed around in the darkroom.
I made lots of other creations but this was the only I rate myself.
Just a shame I didn't burn out that rogue eyelash.
Top
Messages: 8185