Novas were crap then and remain crap now... I once had a girlfriend who had the even more hideous saloon (booted) version... Awful, awful and even more awful...

Scrapyard is the only fit place for the two or three that remain to offend...
Top 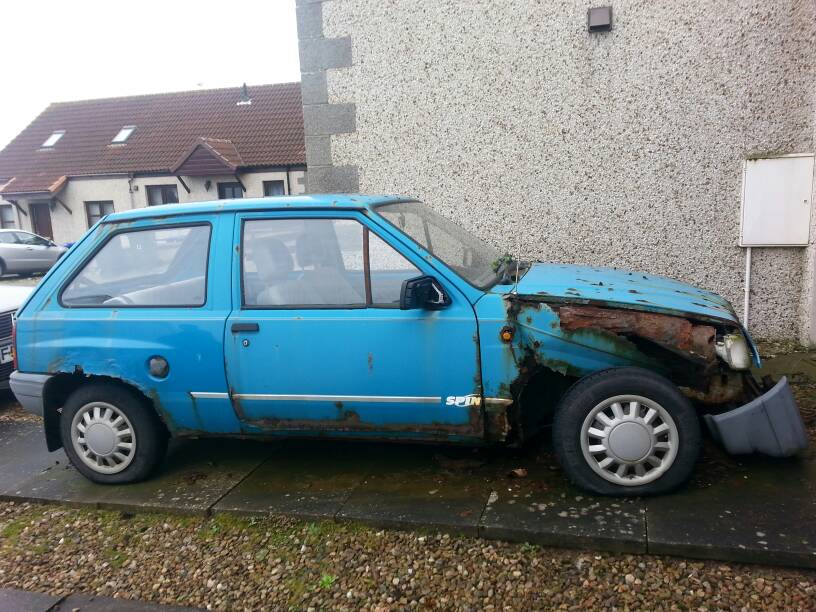 That's not a year old! That's simply the first time it was washed!
Top

.
Sadly I agree. Blue car was probably one of the multitude that stood for years in a field with grass growing up into the bonnet etc., before being sold.
IIRC Around that time Volvo were years ahead with rustproofing with average body life of 7/9 years

. Most cars then were basket cases after 5 or so.
Seems incredible looking at my Xantias which are pretty well rust free...
Top

Blue car must be a J-plate at the earliest, as that's when the "Spin" special edition was launched... I believe they stopped selling Novas in 1993, though they had a few left in Spain in storage where they were built and you could occasionally spot an M or an N reg Nova.
Top

Bit surprised to hear such negative opinions of the Nova. My father had a D plate 1.2 Antibes special edition back in the late 80s to mid 90s. Think it was a year or so old when we got it. We then got 10 years out of it and well over 100K without it needing anything more than an exhaust, tyres and a couple of fuel lines replaced, despite a really harsh daily commute and a complete lack of maintenance. Guy we sold it to had it for another seven or eight years before the rust finally killed it.

The only modification it saw was a set of driving lights that were on it when we got it and a slightly bigger than standard carb. It went well that car did, and certainly felt like a step up from the Metro we'd had before (granted that's the observations of a then four or five year old!), and the Fiesta we had after it welt like a trip back to the stone age. After that was the Nissan Cherry I've mentioned before.
Top

When I had my A reg astra, it was in getting a camshaft under warranty, I think it was just under 3 yrs old and Vauxhall were replacing camshaft as they were made of chocolate, I got a brand new nova with a boot as a courtesy car. I loved the astra and thought the nova would be ok but I did not like it, it was much harsher ride, poorer handling, poor engine and gearbox, just a piece of rubbish I thought. Not a patch on the mk1 astra. 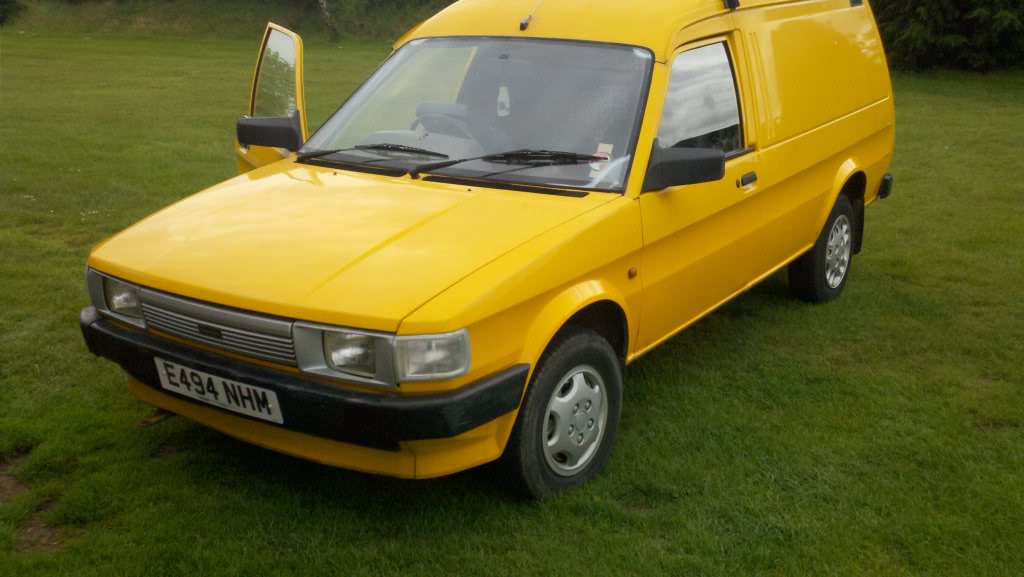 That's tidy and definitely the colour.

I nearly bought a Maestro a few years back. Can't remember which engine it was, but was in Vanden Plas spec and actually drove quite nicely (far more so than I expected given their reputation). It needed a bit of cosmetic work, and the guy just wanted too much for it and wasn't willing to budge so I walked away. I then ended up with my Skoda Rapid instead which was a complete menace of a thing and never worked right the whole time I had it. It also tried to kill me more than once. Whole time I had it I was pretty much saying "Should have just bought the Maestro..."

Don't know why, I just have a soft spot for 70s/80s BMC metal. Up to and including the Leyland National - driving experience there is 30 years ahead of a lot of the competition I reckon, even if changing gear with my right hand took a bit of getting used to. Windscreen demisters are pants though...
Top

Maestro was an underrated car. I had one of them, followed by its big brother montego. The maestro was 1986 C reg, and the bottom of the doors were rotten by 1990, when I traded it in for a new montego on 1st August H reg. It only took less than a year for the rust to have to be treated under warranty! It lasts yo Jan 1993 before being traded in for a Japanese rover 216. I always had a soft spot for BL having learned to drive in a princess.
And I loved old Leyland tiger coaches, with the clutch less manual gearboxes with the tiny gear leaver on the dash to the right of the wheel. Compared to the full manuals that you got a gear if you were lucky, they were great. A little blip of the throttle changing down, if you timed it right it was ace! We had an old tiger at Deveron Coaches where there was a totally botch job of the linkages. 1st was where 6th should be, 2nd at 5th, 3rd where 4th etc. The usual driver had no problems with it, but when I got given it for a school run one day,,,,,,,,let's say the kids did not get a smooth drive to school that day[emoji23]
Top

....surprisingly positive for the Maestro so far. Time to lob in the MG version 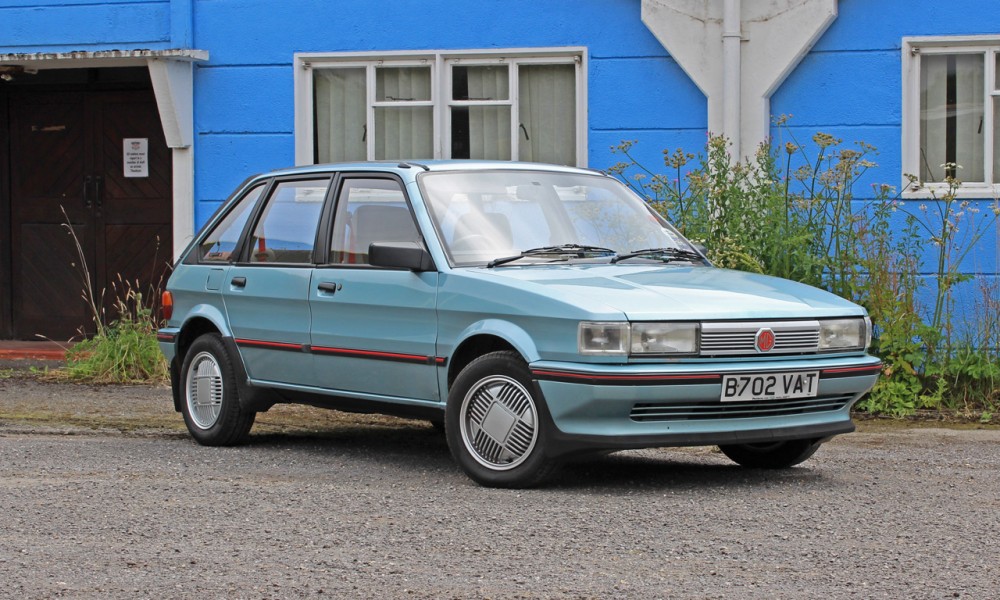 didn't even realise that one of its features was a talking dashboard! 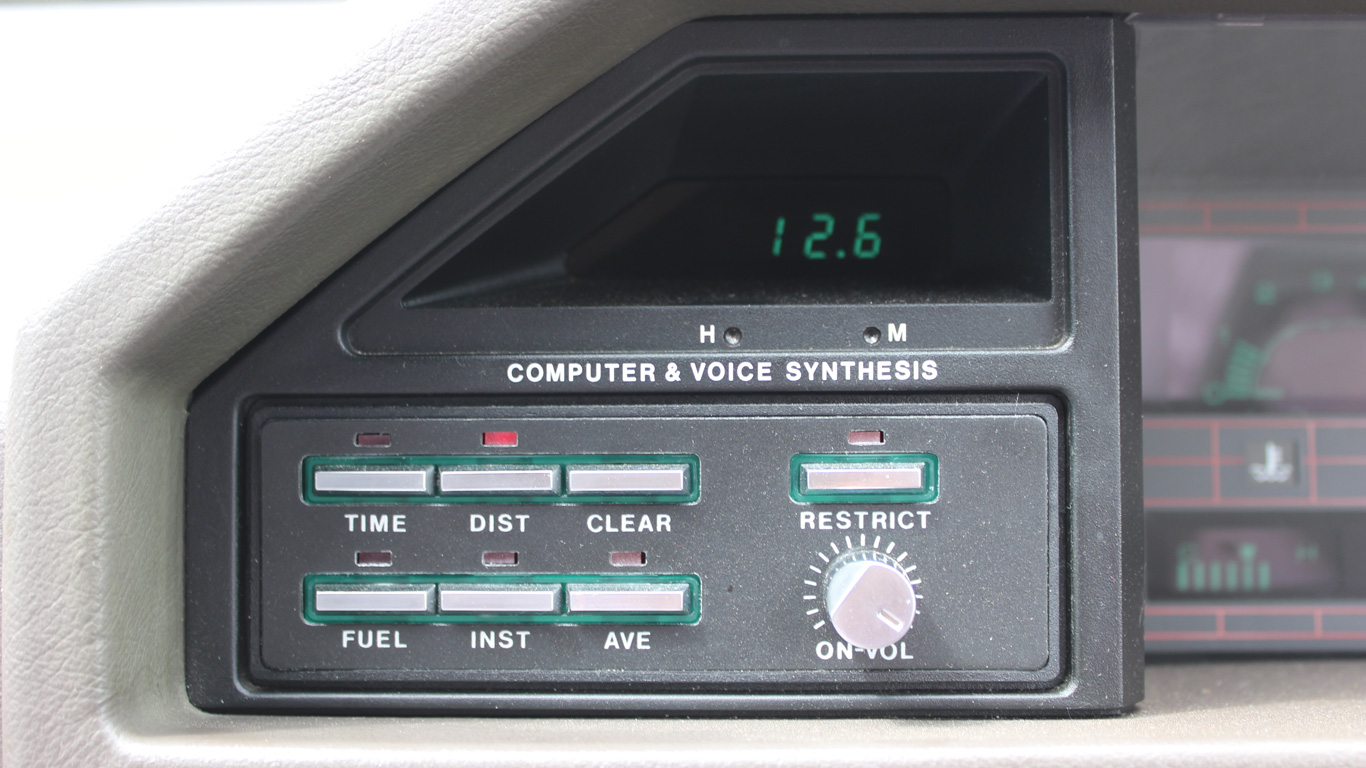 More from "petrolblog" "I drove a MG Maestro 1600 and it wasn't rubbish"
The headline act was undoubtedly the so-called ‘talking dash’, which helped to elevate the MG Maestro from the pages of the motoring press to television news. My memory is hazy, but it could have been Frank Bough who was taken aback by this otherworldly development, as if a lady was living in the Maestro’s glovebox. In fact, it was little more than the prerecorded voice of Nicolette McKenzie, who was on hand to deliver timely and often unwanted information on the car’s health and wellbeing.

I'm pleased that the only British car I owned was a MK2 MG Metro on a G plate .

My grandad had an Austin 1100, a 1300, a Herald, an Escort MK2 Estate, and a Maxi. The Escort was ok, the rest horrid. I recall all these in the first 10 years of my life. Our neighbours always had Marinas, and my dad once had an Allegro, in a cruel twist of fate, while his broke brand new Honda Civic was being repaired for 5 months - couldn't get parts from Japan!

I've driven British cars and vans. They were all pretty vile really any that weren't have always had a lot of foreign influence.

Ok. The TVR Chimera I had for a weekend , that was mildly amusing, in the way that hanging on to a greased pig with a rocket up its bum might also be...

Not sure how reliable the working headlights and rearlights were

I agree with you Davie, Maestro and Montego were both very under-rated... Their main problem was rust sadly..

A pal had a Maestro in Cyprus when they were brand-new and it was good... I both drove and rode in it frequently.

On the other hand we had an Austin Ambassador office car there and that was not so good... A flick of the ignition key, and the A-Plus fires into life, and settles into a smooth, tinny and utterly evocative idle. Selecting first, and pulling away, it’s the gear whine that gets me. It’s not unacceptable at all, but utterly charming – once again transporting me back to my first period of Metro ownership, back in 1990. The one-litre is game, but I’m not exactly pushing things – just snicking up the delightfully free gearbox, riding the torque curve (there’s surprisingly ample amounts), and hopping into fourth at around 30mph. Ahh, bless it