Didn't immediately identify it from the front , absolutely gorgeous side profile.

Looked a bit SM ish, but pre dates the SM by 8 years or so.

There's enough there for car enthusiasts worth their salt to come up with a decent guess. Me not quite worth all of my salt had to go and look at its rear end.


No, I thought it looked

But I see it isn't
Top


No, I thought it looked

But I see it isn't 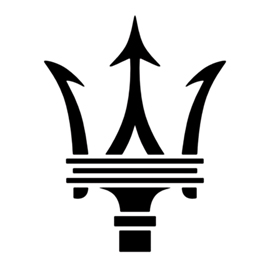 I did say it looked a bit SM ish Steve, and some say the Maserati Mistral has a similar look. The logo is an S.

It's not Italian, but the model name is, may help "move forward" the ID

No educated guesses? With only 5 active on UK Roads on Howmanyleft quite a rarity

From the front my subtle "move forward" clue becomes obvious to students of Italian.

....and this particular incarnation has the round headlights and is a 1963 model.

Walk round the back like I did an you discover that it is one of these....

I would never have guessed that one Neil,
Top

Inclined to agree. The windscreen looks like someone's parts-bin leftover rear window!
Definitely not a lot of Italian styling.
Top

Bedford (assuming Y-Series) coach with Plaxton Supreme bodywork...broken down in lane 3 of the M25 about 30 seconds ago...oh dear.

Looked to have a full load of passengers too... that'll be a fun recovery operation.
Top

Must be a marmite thing I really like it, definitely a head turner for me. It's got a pleasing rear, an odd front (and for me odd is interesting, odd is good) and the side view.....well if you think an SM is nice its not that different!

Added to that for its time it went like merde off a shovel and probably sounded pretty good with a V8, and it was a complete failure in the marketplace, although still with its dedicated followers.

Try the side view.

I think the problem might be that they put the wings on the wrong end of the car. It wouldn't take much in the way of changes to make this into a perfectly reasonable rear end of a car.....

Guessing there's a bus thing on somewhere either today or tomorrow as we just passed an old (guessing 50s) Bedford coach on the A31...Duple badge in evidence confirmed its origin, but no idea what one...too early for me. 60s-80s is the era I know inside out (well...ish) in the bus world.
Top

I agree with Bobins... The wings are definitely on the wrong end!
Top

One thing about it....it's front end is pretty unique in the car design world particularly in a car that actually reached production as opposed to the "Concept" offerings. Its production was pretty short-lived (yes Jim/Chris/Bobins I'm sure you can think of a few reasons why

sorry musical intervention from my stream of consciousness

The front lights in their round incarnation do find similarity in the Ford Corsair, which traces back to the Thunderbird.
But as far as cars go front wing "tail fins" in advance of the lights I don't think there are any others and even the "batmobile" is a poor second!

Anyone warming to its uniqueness?

No, but I do like a nice Ford Corsair