That is it, Neil. While there were several Ferraris there they did not interest me. The Jaguar XJ220 did, which is why there is a photo in there (and, being Buttercup Yellow, I think Jim might like it), as did the two Jensen Interceptors.
Last edited by Hell Razor5543 on 17 May 2017, 18:27, edited 1 time in total.
Top

Now I know nothing about these two "ordinary" MPV's up for auction from the Renault stable, but a good 15 years old now. Surely unless the buyers are mad, these 2, with their 3 litre engines, odd looks, and no reserve, are potentially going to be a "bargain"??!! Who knows, interesting to see what they go for.

You have to laugh at some of the descriptive BS


Renault wowed the crowds and the motoring press with their 2+2 Coupe GT MPV concept when they revealed their Matra inspired styling exercise at the Paris Motor Show in 1998.

In the background behind the green Triumph Stag is the Parade Ring and Unsaddling Enclosure. You can just see (behind and to the right of the Presentation Canopy) a 11/10 scale bronze of a famous Ascot horse. This horse is Yeats, the first horse to win the Ascot Gold Cup 4 times (2006, 2007, 2008 and 2009). I was there from 2007, and the roar that went up after the 2009 winning announcement ("First, Yeats,...") should have been heard for miles around, and drowned out the rest of the announcement. I had a £5 bet on him to win, and he did not disappoint.
Top

Here's my oddball spot of the day from yesterday afternoon, spotted in the Wolverton Tesco car park.

Not something you see every day!

...In fact, no now I think about it - my spot of the day yesterday was actually sighted as I was exiting the Sainsbury's car park around 8 in the evening when what should go the other way down the road, but a 70s era Dodge Monaco. Odd enough, but what immediately drew my eye to it was that it was a pretty darn faithful recreation of the Bluesmobile from the first Blues Brothers movie - complete with the megaphone strapped to the roof. Sadly I was driving or that would definitely have been photographed...Odd to see two American vehicles in one day though.
Top

I saw that one myself when I went to Wolverton Tesco yesterday Zel!!!

It must have been there ages as when I went at around 11:00 the car park was utterly rammed but in the afternoon when you took the picture it looks almost empty!

It's not a bad looker for a Yank Tank!
Top

NewcastleFalcon wrote:More open-toppage James. I have to say in my 40 odd years of motoring I have never had an open-top car. The nearest I have got so far is my Triumph GT6 with its Webasto Sunroof. Unfortunately all I have got right now of the GT6 is the well oil-stained Haynes Manual!

Another spot for me on Sunday, and one I am well-familiar with, getting its first outing of the year a DRK three-wheeler, again in a gorgeous blue, based on a Renault 4, one of only 59 built. Bit info about the DRK here http://www.3wheelers.com/drk.html.

Now he just flashed past but I am 90% sure he had the full flying helmet and goggles on!

Yes I'm awarding myself 50 points for that!

Today, in convoy through my own bit of Northumberland I spotted 5 DRK's on a litttle outing, and knowing for a fact the location of a Northumberland DRK which could have joined in but for a leaking radiator, thats 10% of the World population of DRK's. No camera so no evidence, but if one gets 50 points, 5 get 250 at least, plus a bonus of 50 points for a very unusual spot. Nice red one brought up the rear, some had the rag top up because it was dreich, but others went for the genuine open toppage feel despite the drizzle and occasional heavy showers.

Not being "glaikit" I went for the spelling as per this article of the word which prefectly sums up this morning's Northumberland weather borrowed from the Scots!

This very car was one of the five 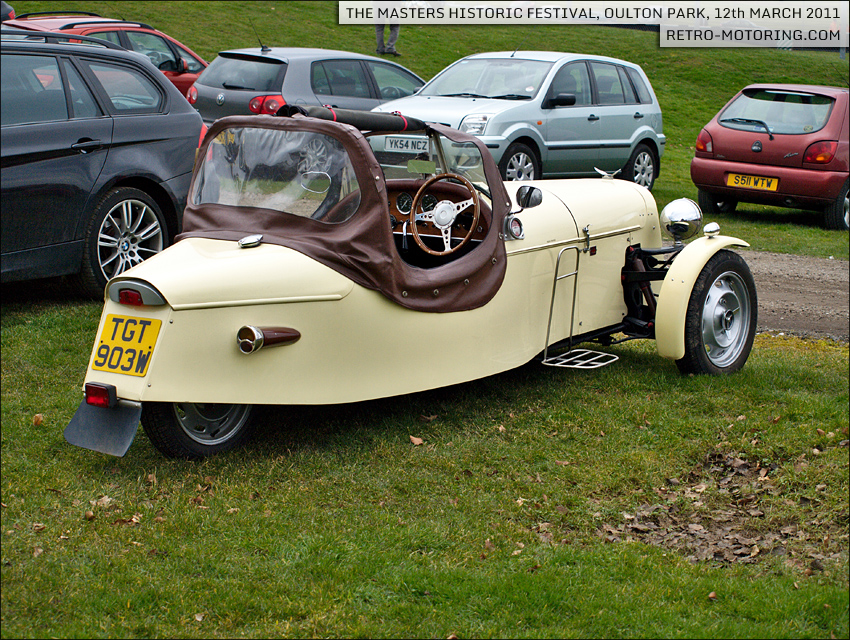 Interesting article on the World's largest classic car restorer, and a surprising location

and a few Classic events over the summer months

There's plenty of open-toppage spotting to be had with the sunny weather, pity the DRK's chose the worst day of for their little outing. Couple of notables, a left hand drive TR6 with "foreign" plates in dark blue, and a red Morgan.

The LHD Triumph had me thinking back to this lovely German conversion, the looks, the performance, and the pleasures without the dirty hands and the pool of oil on the garage floor!

Originally posted up on page 2 of the Electric Vehicles thread, but worth bringing up again!

I'm fairly certain that De Ville is the one I'm toying with making an offer for.

Seems like somebody beat me to it, 'cos I can't find it on that well known auction site now - that's what comes of brinkmanship crossed with uncertainty!

Jim, never been sure about the looks, the previous, square, more traditional later Caddy appealed more BUT this was something a little special as it was a "Concour" so doesn't have the swathes of "chrome" below the rubbing strip like the Fleetwoods (even by Detriot excess standards, I thought it was ghastly) & is, actually, the sporting version, the eqivalent of the STS (touring sedan) sub-model in every other range.
Last edited by van ordinaire on 27 May 2017, 17:44, edited 1 time in total.
Top

Two 205 gti owned by the same guy who was at the same show as I was last week. My 205 was at the other side of the tent. These two are immaculate. The blue one is a 1.9 and just had a near full restoration and the black one is a 1.6 and a tidy original car. 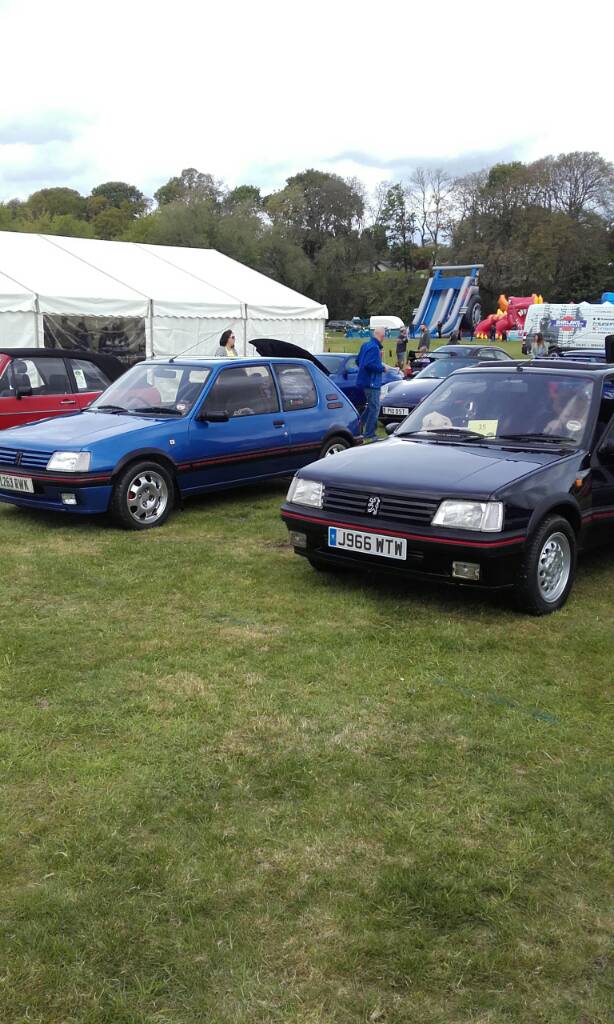 Another hot sunny day, and a notable spot for me today one of my favourites.

Got some original photography which hopefully isn't too out of focus to put up later. Very much linked to my avatar

and this badge to the fore

It was a 2013, so not a classic yet, and parked up so the top was down. Cream colour with the distinctive interior. Yes I would quite happily have one of those in my stable

.and here's the original photography

In the local LIDL car park today was this group. Fairly obviously together by the registrations and the rally plates on some of them. Were they all shopping in LIDL? or just taking advantage of some free parking?

Apologies for the rubbish photos, but I only had my wife's Iphone 4 with me... Now she is using that as justification for a new phone.

xantia_v6 wrote:In the local LIDL car park today was this group. Fairly obviously together by the registrations and the rally plates on some of them. Were they all shopping in LIDL? or just taking advantage of some free parking?

Apologies for the rubbish photos, but I only had my wife's Iphone 4 with me... Now she is using that as justification for a new phone. 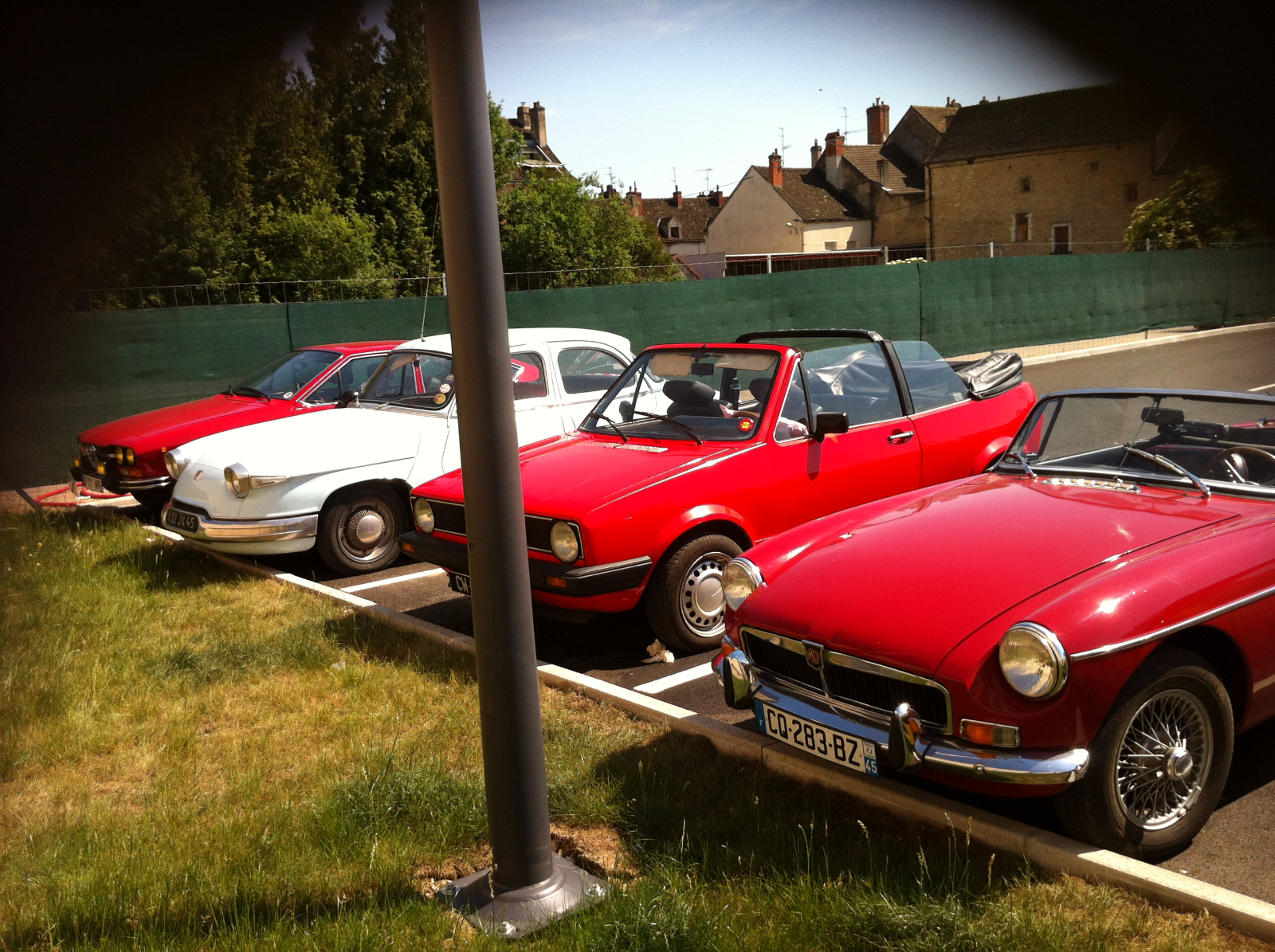 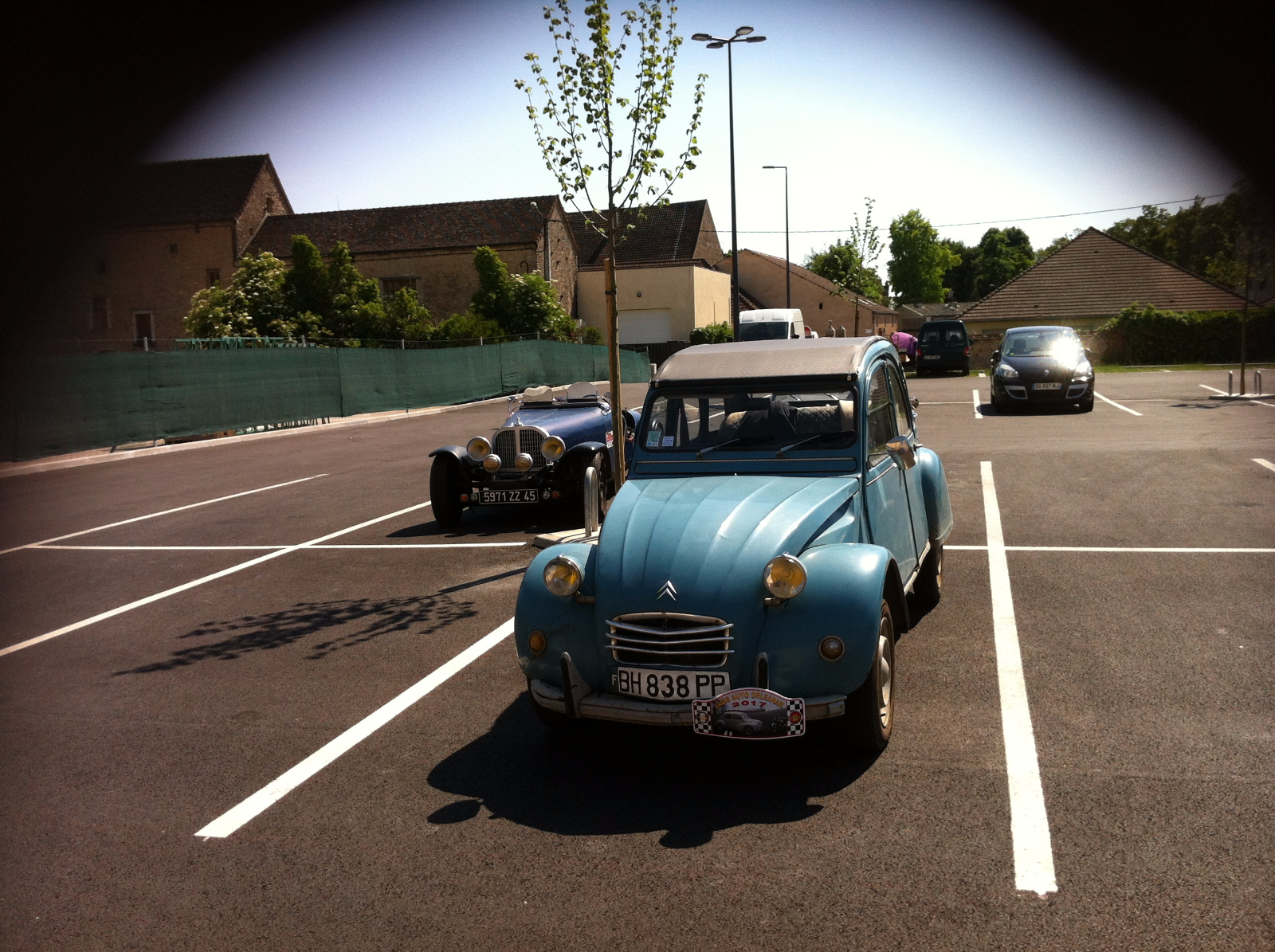 Behind every man, success or failure, there's a Jezebel or a Delilah.

You'd have thought I would have seen no end of automotive interest on my 80 mile bike sportive yesterday but I recall seeing nothing of interest at all...

Maybe I was too concerned with getting my head down and going up those Somerset hills and down the other side of them...

I'm still trying to rack my brains but no, nothing...