I am not sure if it belongs in this section, but I did see it on the M3 this afternoon (around 15:00) travelling slowly northbound between Eastleigh and Winchester (although it was missing its' trailer!

I was heading up the A404 between Maidenhead and Marlow this morning (at around 07:15) when I saw a red Lada estate heading the other way. I wonder if it was anybody on this forum? Zel?
Top

Today I've seen a Flymo and a lot of grass.

Hell Razor5543 wrote:I am not sure if it belongs in this section, but I did see it on the M3 this afternoon (around 15:00) travelling slowly northbound between Eastleigh and Winchester (although it was missing its' trailer!

That is an excellent spot, wonder if Jim clicked on your links. "City of Wells" or "Wells", West Country Class no less, on the roads of Great Britain. I do believe its livery is one of his favourites.

Not sure if "Wells" is in Malachite Green from your pics, looks a bit darker than this example

CitroJim wrote:Neil, yes, BR Blue is a lovely livery but my favourite is Malachite Green that many SR 'Spamcans' were painted in..

Very nice too when the Malachite Green is combined with a bit of "Sunshine Yellow" detailing....not a "Spamcan" but a very nice example of this version of Southern Railways Livery. 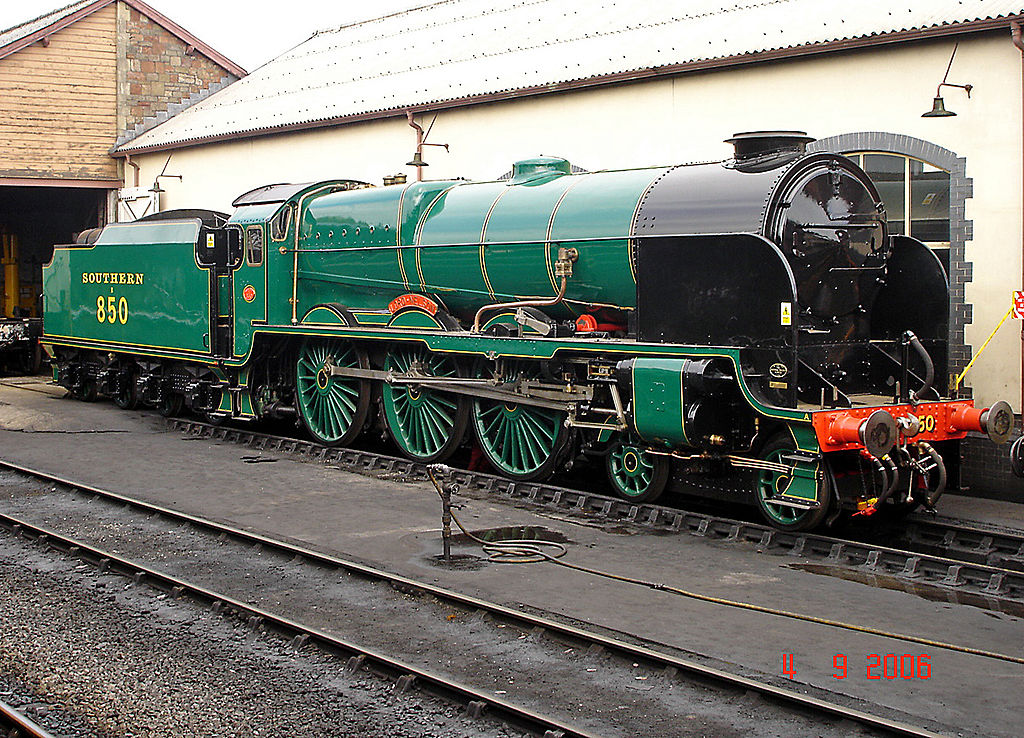 Ohh: That is just so lovely

Hell Razor5543 wrote:I was heading up the A404 between Maidenhead and Marlow this morning (at around 07:15) when I saw a red Lada estate heading the other way. I wonder if it was anybody on this forum? Zel?

Not me I'm afraid! Unusual for me to be out that early anyway.

Mine is currently easy to spot courtesy of the white gaffer tape patch over the hole in the offside front wing top...
Top

Zelandeth wrote:
Mine is currently easy to spot courtesy of the white gaffer tape patch over the hole in the offside front wing top...

I really do need to do something about it!

Struggling so far to find a body shop interested in it so far though, and would much rather throw it at someone else to do that work to be honest...Not least because the new wings need painting and I'd rather have that done properly. Oh...And they're held on by about a million spot welds.
Top

Well, I spotted a nice Italian open topped car on the M25 this afternoon, anti clockwise between J15 and J12 (around lunchtime). A Maserati Mistral Spyder, registration KJC 203G, similar to the one in this link (same colour scheme);

Coming out of Tesco at Chepstow met an Armstrong Siddeley on its way in.
Might have caught it on my windscreen camera, I'll have a look later.
Top

Spotted loads of those yesterday

One of the joys of parkrun. Lots of fit (in both senses of the word!) young women running in tight lycra

More open-toppage today, a crop of little yellow/red/orange racing cars on a drive out in the Northumberland countryside. Some, possibly all of the drivers were wearing crash helmets, maybe its compulsory for this type of vehicle or maybe just sensible.

Spotted a logo on the back of one of them and looked it up....they were Westfields like this megabusa... 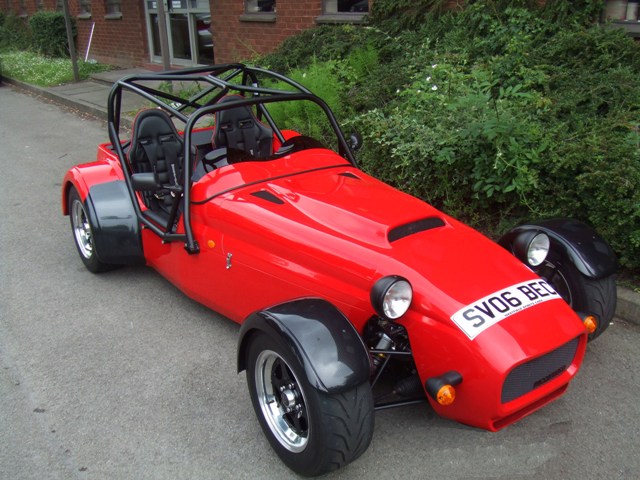 Here's my two from yesterday and today...

Yesterday I parked next to this little beauty outside Motorserv.

Badge on the back said 1.4S, which I believe means that this has a CVH crammed under the bonnet rather than the Valentia engine that was usually seen in 950cc, 1.1 or 1.3 litre forms. Imagine that would shuffle along quite nicely.

You still seem to see Mk I Fiestas around at a few shows these days, but can't mind when I last saw a Mk II.

Fastest trip I've ever made between Rothienorman and Inverurie was in a Mk I XR2 - and I can safely say that now being older, wiser and having a far greater sense of self preservation than I had back then, that I'll never be beating that record. Still a properly rapid car.

My parents always had Metros and Novas back in the day, so I never really had much exposure to the Fiesta, to be honest quite fancy one...Though it's on a list with about 50 other cars on it...

Second one was this afternoon over at the Kingston Tesco. This nice little number was parked up by the collection point.

Not a fan of the modern LED indicators on there, but otherwise a nice little blast from the past. Like the fact that it appears to be actually used rather than just a Sunday afternoon plaything, if the gaffer tape seat is anything to go by.
Top
Messages: 2671