No worries Jim, I've done the same to yours enough times! Always works out in the end I reckon!

Sure we could work something out, maybe have a mass-undersealing session at some point as the Lada needs exactly the same treatment...Saab is probably due the same as well to be honest...

Today checked the antifreeze in all the fleet (all just fine, though the Lada will be getting it changed when I go in to change a bunch of hose clips anyhow), and picked up some longer M5 bolts so I can properly re-secure the air cleaner on the Lada. The original holes had M5 studs in, but have all been stripped. Three out of the four are through holes though so easy enough to just stick a nut and bolt through the hole - the last one I may need to drill out and tap slightly larger.

While I was grabbing that I also picked up some metal tyre valve caps...Simply because I wanted to and because they were right next to the bolts I was picking up on the shelf.

By the way, anyone who tells you that white wheels don't attract brake dust is telling you complete lies...This is a couple of weeks worth! 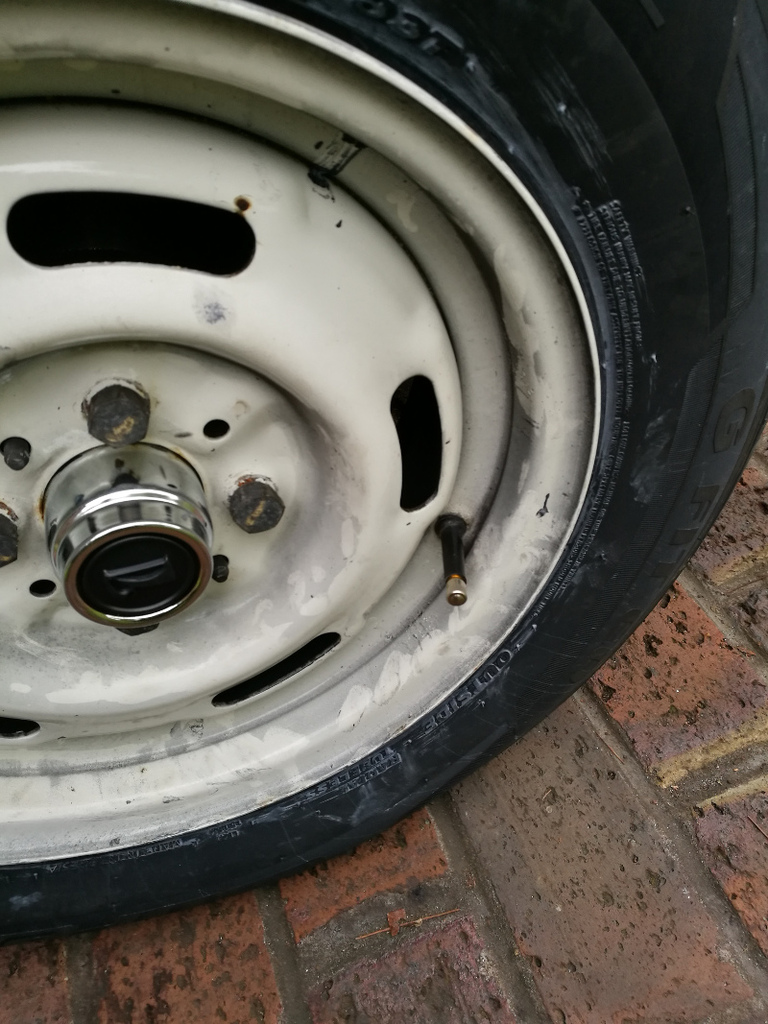 Plus side is that they just wipe clean in a couple of seconds unlike intricate alloys. Will be even easier once I've had them nicely powder coated.

Really need to get the centre caps put on the rear wheels (forgot to take them with me when I had the tyres put on), that might be a task for the weekend.
Top

Zelandeth wrote: Sure we could work something out, maybe have a mass-undersealing session at some point as the Lada needs exactly the same treatment...Saab is probably due the same as well to be honest...

Maybe I can cook us all a special meal in lieu of me being unable to go near rustproofing stuff and thus be usefully involved with the task in hand....

Lada wheels look much better with the centre caps

Pretty quiet today, was going to poke around at the duty cycle measurement for the carb, but the weather kept raining every time I thought about it, so gave up on that. Instead gave the £2 charity shop dog guard a trial fit and took our dog (Tesla) out for a run at a local dog park. First time I've been able to take him out in the car myself without an extra pair of hands. 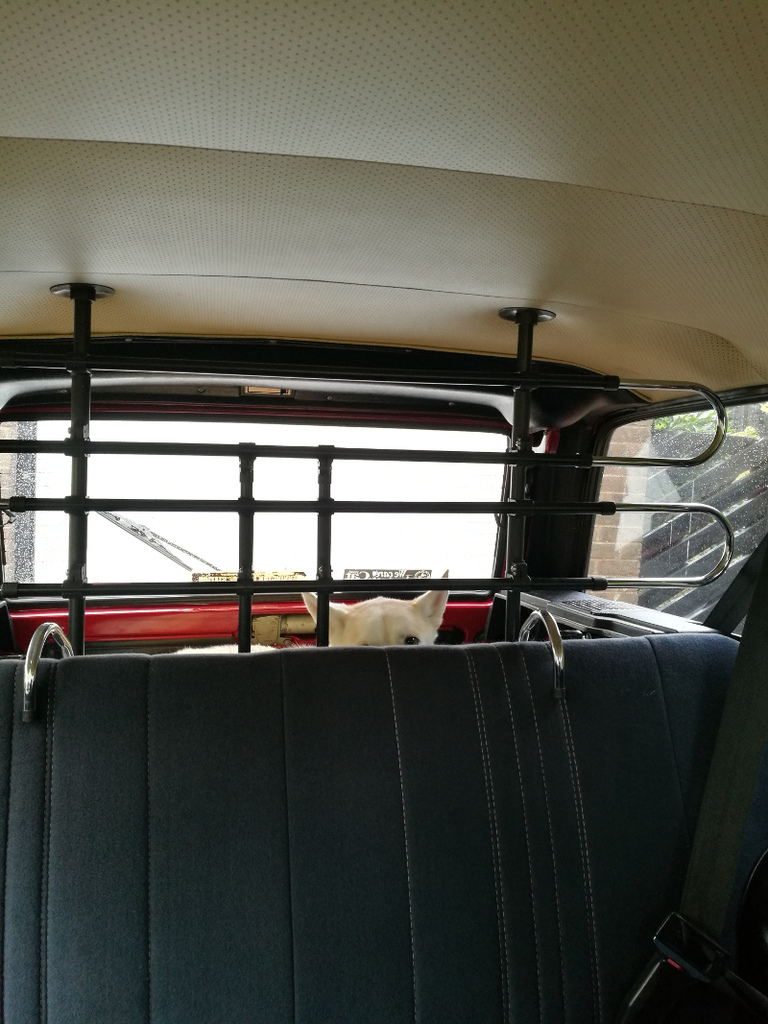 He's a lot more comfortable in there than the back of the Xantia I reckon, as he actually has space to turn around without ducking. I do need to stick some carpet in there though as the poor thing has absolutely zero traction on the rubber mat that's in there just now.

On the plus side with the weather I did manage to get some good progress made on some other projects, even if I did manage to epoxy a glue spreader to the table at one point...Oops. Kinda giving that priority at the moment given that I'm under time pressures there, whereas the car is less time sensitive.
Top

It's not doing him justice there Zel but Tesla is a very handsome dog indeed...

I think a proper photo of him is called for rather than just a bit of him hiding behind his bars...

Speaking of which, those bars were an absolute bargain!
Top

I've been wondering what type of dog you have for ages Zel, lovely to see a picture. I love the name too, mines Kelvin after another great Scientist. He was almost Keppler.
Top

I'll need to have a hunt around for some decent photos at some point...Know I have a few, but there are something like 2500 photos on my phone that I need to go through and organise at some point (yes, they are backed up as well).

Got a couple though. He's looking particularly pleased with himself here for some reason...Probably means he's been up to no good... 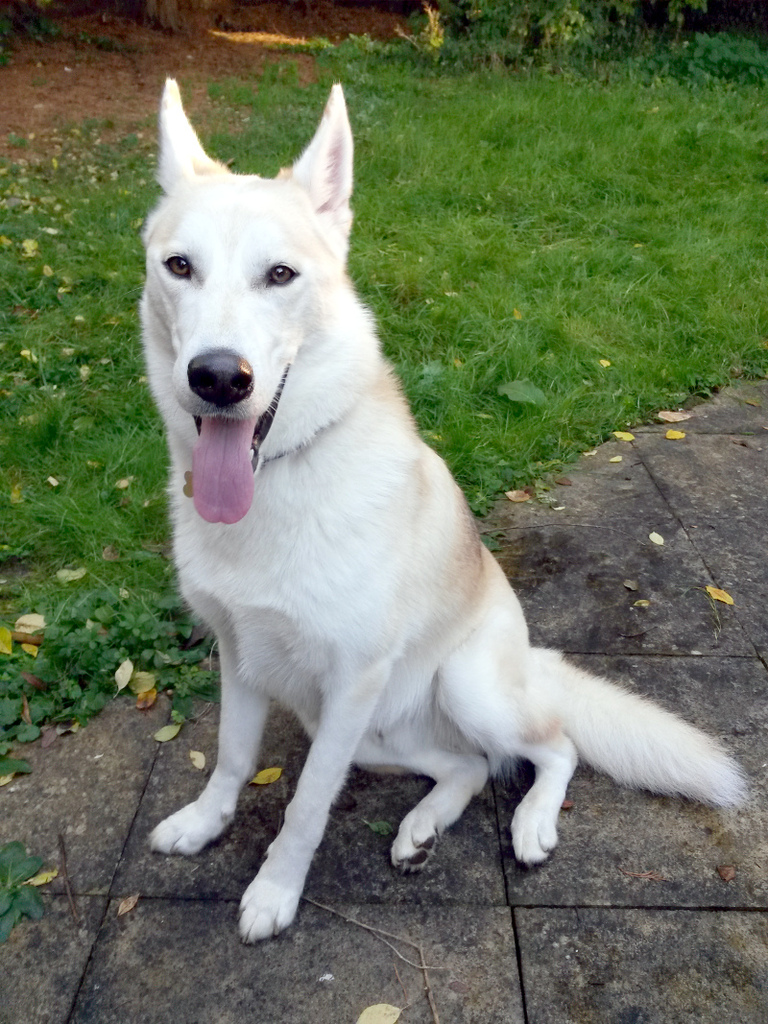 Here is him in the typical state he's seen in shortly after going out for a good long run. 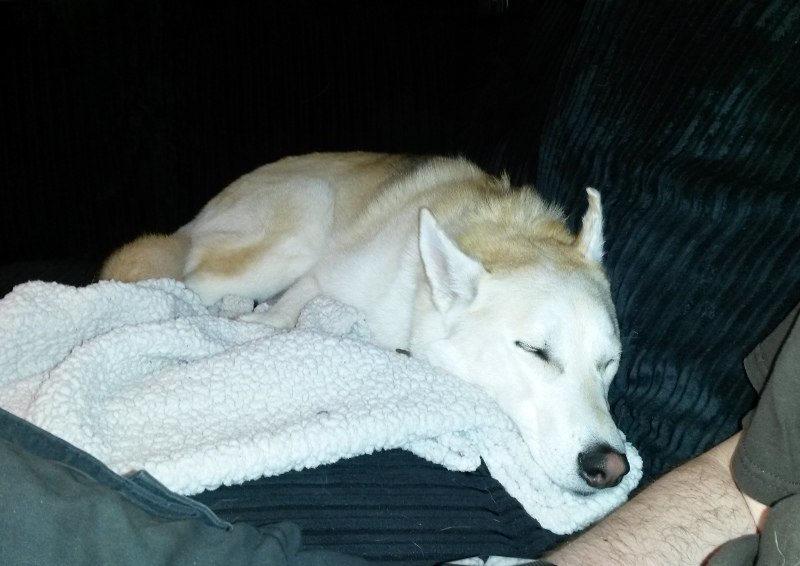 Or when he's *really* knackered, like Boxing Day a couple of years ago...like this. 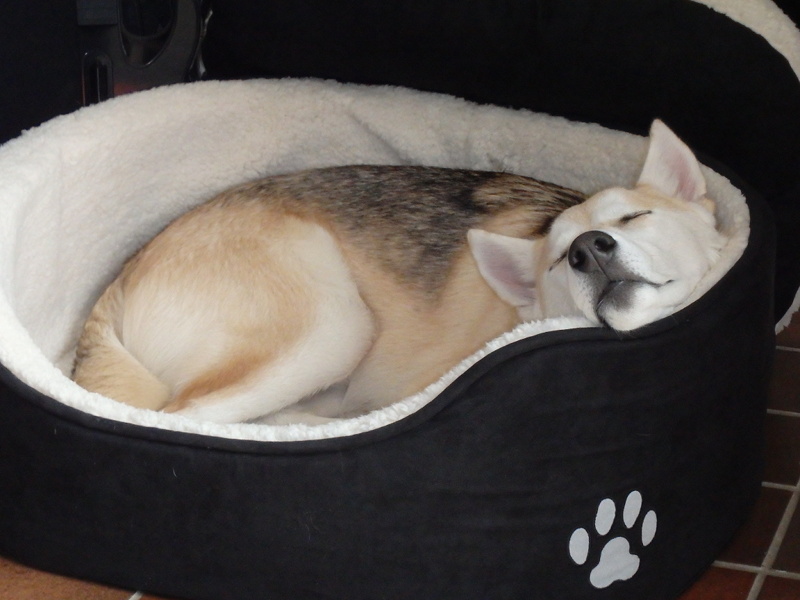 He's half German Shepherd and half Siberian Husky, and 100% goofball.
Top

Excellent pictures Zel... He's not goofball at all, just lively and intelligent

He's beautiful and definitely has a mischeavous looking face.
Top

That is a lovely looking furry person.
Top

Oh he's mischievous all right, and very, very intelligent. Which is a challenge at times as when you tell him to do (or not to do!) something you can often see him doing the cost/benefit analysis in his head before he decides whether to co-operate or not. Behaves more often than not though, just the husky excitement can at times get in the way.

He's smart enough to know that our other fluffy resident (a truly ancient rat) is well off limits, though we're still waiting for the inevitable encounter with a cat when he will no doubt want to play and abruptly discover that five out of six ends are pointy.

Is very much a member of the family, and a very furry one... especially at this time of year when his winter coat is just starting to grow in so he's shedding like there is no tomorrow! We seriously wind up with tumbleweeds if I don't put the vacuum around every couple of days (the only thing in the world he is mortally afraid of). At least the other furry things in the house don't shed (much)!
Top

My Mother had a large, long hair Alsatian call Butch (she got him from a rescue home) who was also VERY intelligent, and he shed his coat a lot. Mum had to groom him daily (easier than hoovering daily), and as his coat was clean and soft she started stuffing cushions with it (cushions then quite often were stuffed with horse hair). They made very welcome gifts to friends and family.

She taught him the Green Cross Code. There were times when she could not take him for a walk, so she could tell him to go down to the local park. There was a school along the way. The lollipop man was able to point out that Butch had more sense than some of the children, as he would sit at the kerbside, looking left and right until it was safe to cross.

Zel, when Aldi/Lidl are doing dog treats I will let you know in the usual place. I know that Barnham (my cousins' dog) loved the pigs ears, the sausages, and (once he worked out what they were for!) the knuckle joints. He played with the first one for nearly a day until he suddenly realised it tasted nice. Then it got taken apart in short order. The second one lasted less than an hour! He still has his dew claws (despite of the vet saying they should be removed), and he uses them to hold the bone vertical so he can get a good bite onto it.
Top

Well at the moment it's a bit of a lost cause in the fluff management department because I've got projects on the go which involve working with faux fur, so that's shedding everywhere nearly as much as the dog is right now...that at least is temporary!
Top

Zelandeth wrote: though we're still waiting for the inevitable encounter with a cat when he will no doubt want to play and abruptly discover that five out of six ends are pointy.

And those pointy ends are needle-sharp...

I did find that funny and it's very true too...
Top

Cats know how to control dogs. Mum also had a Siamese kitten called Pytatsu (I don't know who named her) who could almost curl up and sleep in the palm of your hand (What is one size down from petite?). On one occasion Mum sent Butch out to the park (she was too busy to go along with him). After 5 hours he had not come back, and she was getting slightly worried, so she decided to go look for him. She went into the back garden (easiest route to the park), and there he was, lying on his side, with a "Help Me!" expression on him. This was because Pytatsu was curled up on him, asleep, and he was convinced he could not get up!
Last edited by Hell Razor5543 on 31 Oct 2016, 21:39, edited 1 time in total.
Top
Messages: 5230