Congratulations you two, you just successfully made me snort coffee out my nose as I was taking a sip when I read that!

It is a bit of a head scratcher as to why they didn't go the monopoint route. Though I believe that it was a result of it being cheaper at the time and within the limits of their development team to adapt their existing carb like this than to develop a whole new system.

As it was the Niva gained a monopoint injection system in 1996 (I think) with the introduction of the 1.7i version. The whole system there was bought in from capitalist GM of all companies...Whole system (including fully electronic ignition) was an add-on, and despite the simplicity actually worked astonishingly well. Had it on my 1.7i Niva and it performed absolutely faultlessly for several years in all manner of conditions. Power was actually down slightly from the 1.6 carb version, but torque was increased by nearly 1/3rd which made it feel a good deal more powerful.

I'm currently keeping my eye out for a donor Niva to rob of its injection system to make the first (that I'm aware of) TBi Riva. Only real headache I can see will be finding the timing signal as I'm pretty sure that's taken from the flywheel on the Niva - though no reason I couldn't use an old-school pickup and toothed disc on the crankshaft pulley I reckon. Given that it has full closed loop control, folks seem to think that despite a 200cc engine size mismatch that the fuelling map should have enough flexibility to still work. Failing that, there are enough cars out there using the system that I'm sure I can track down someone who can flash it with a closer map if it came to it.

Biggest bit of work probably would be making sure that all the high pressure fuel lines were properly made, rated, routed and that the inertial switch was properly installed - though the operating pressure of this system is very low compared to most EFi systems so it's not quite as much of a headache as it might otherwise be.

To be honest, I think taking *off* the bits that would be redundant would be almost more work than making it fit! The only complete deal breaker I can think of is if the inlet manifold is larger on the TBi Niva, though I'm almost certain it's not. I know it is on the >2002 multipoint injection ones and as a result that engine can't be fitted to an RHD car as the inlet manifold would foul the steering box - but the earlier cars just had the carb flange hacked off and drilled to accept the injector housing I think.

Be curious to see what difference it would make to the actual character of the car to drive if I ever get around to it.
Top

Firstly, spent a considerable amount of time hunting for the keys for the Lada, which somehow went AWOL between picking them up from the dining room table and getting to the car about 40 seconds later. They eventually turned up about ten hours later on *top* of a coat hook - only guess I have is that they fell out of my hand when I was picking the jacket up!

Spent a couple of hours today getting Gabriel ready for passing over to her new owner tomorrow.

Had hoped to get a decent polish and wax done as well but between the rain and running short of time had to make do with a wash and quick skim over the interior. 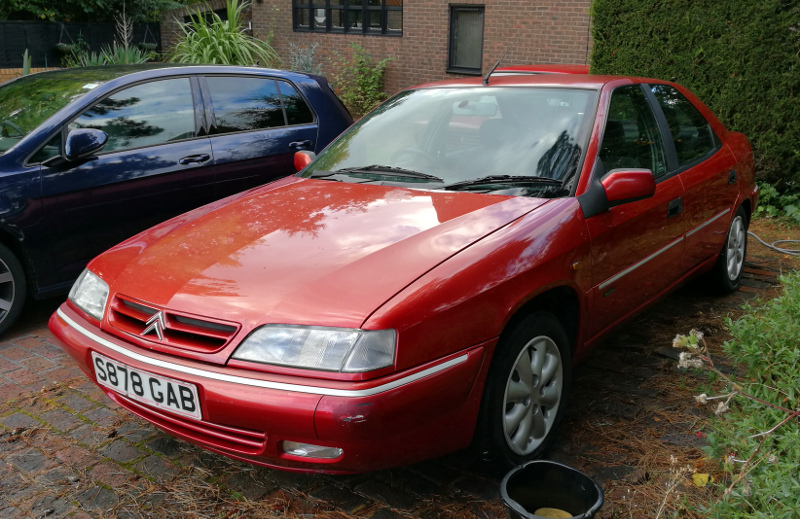 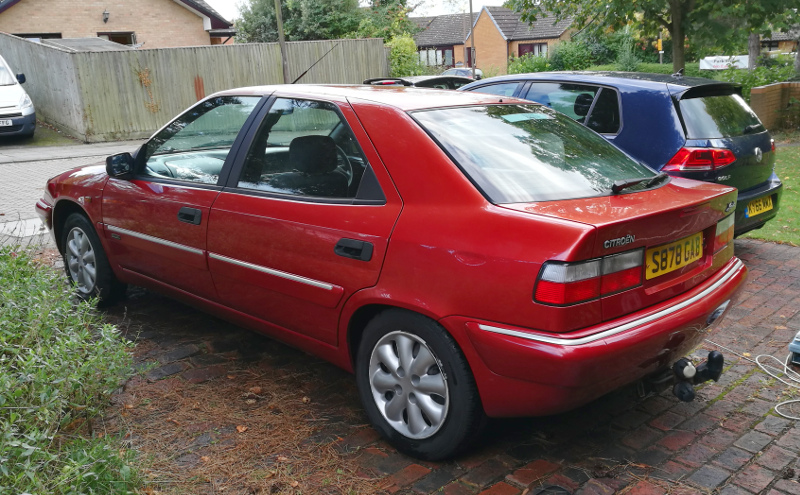 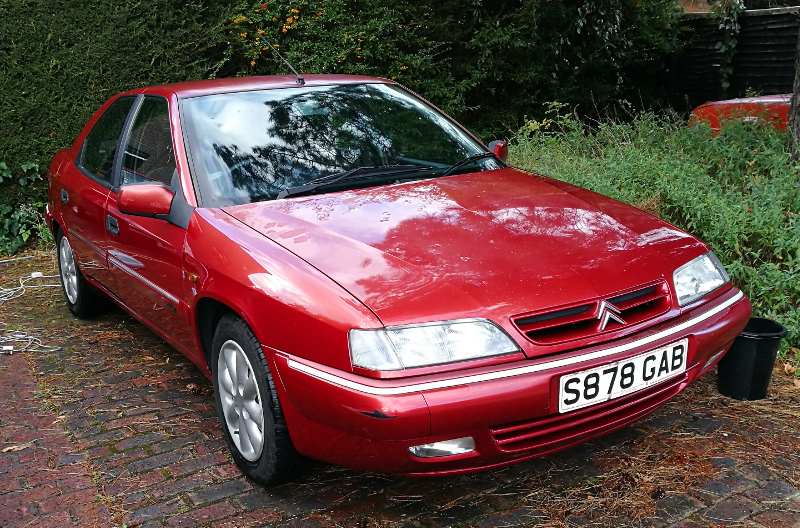 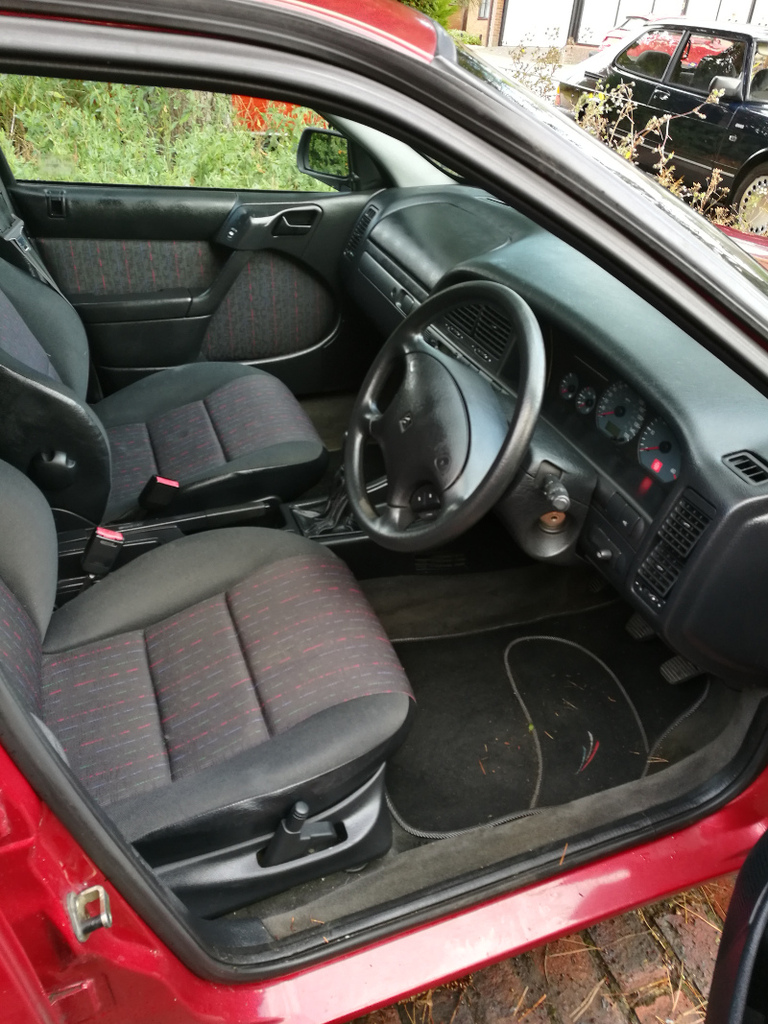 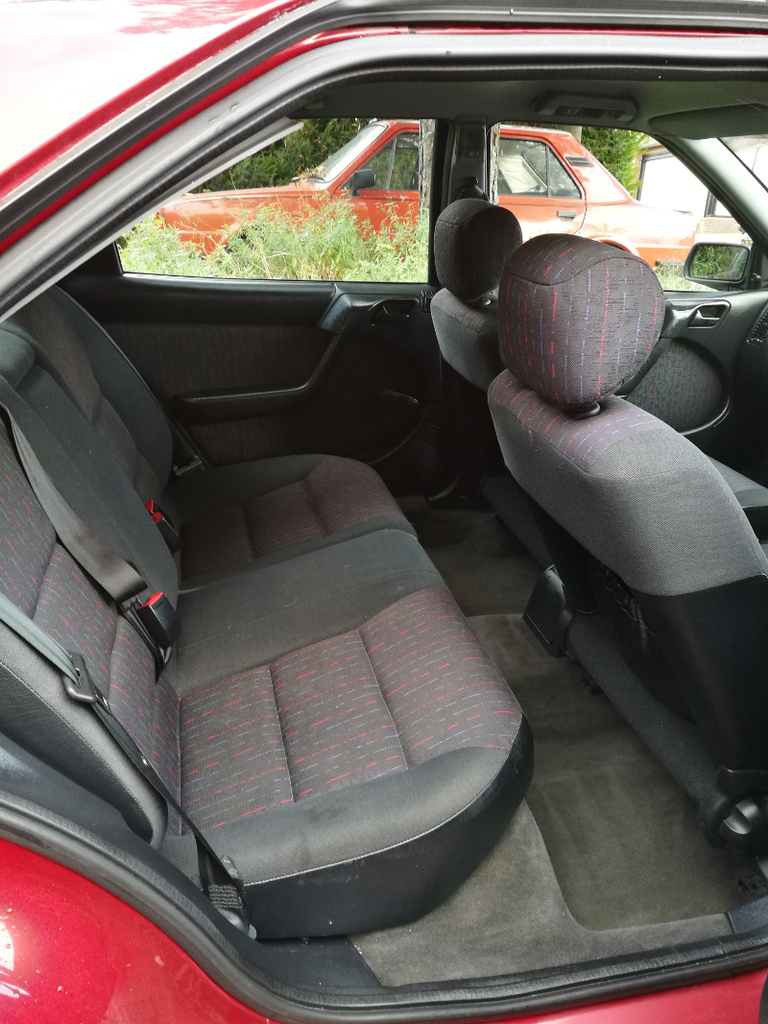 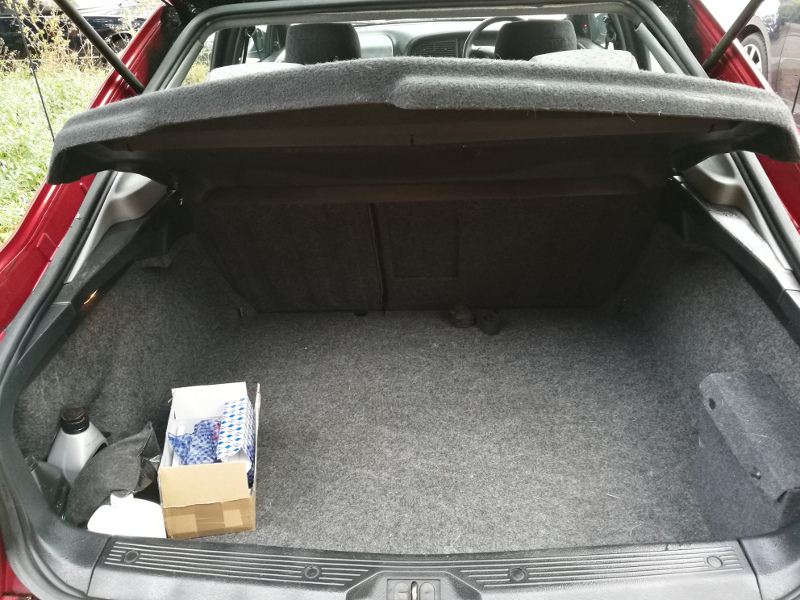 Will be really sorry to see her go to be honest, has been a fantastic car - certainly the best motorway juggernaut I've ever owned by a long shot - and will definitely be missed.

My first Xantia, and I very much doubt will be the last - without doubt though I reckon will probably always be the most fondly remembered one!

See you in the morning, Jim!
Top

really looking forward to taking custody of her. She's coming to a good home....

See you both soon...
Top

Didn't get much time to do anything car wise today as I was taking advantage of the weather being cooler to attack some of the more physical jobs around the house, not least the massacre of the massively overgrown conifer hedges out back - they're getting about three metres of height taken off them. Not least so that our poor neighbours out back might actually see some daylight for the first time in what I reckon must be about ten years. Had been wanting to get to that for a couple of months, but it just wasn't going to happen when the weather was so warm given my intolerance for heat.

Gave myself permission to spend half an hour on the cars though so decided to deal with the leaky top radiator hose on the Lada, not least because it's a nice simple job and I knew needed done sooner rather than later. Also discovered while I was there that the hose that goes to the expansion tank was also very loose and was drawing air in rather than coolant when things cooled down.

Couple of new hose clips and that was sorted out. 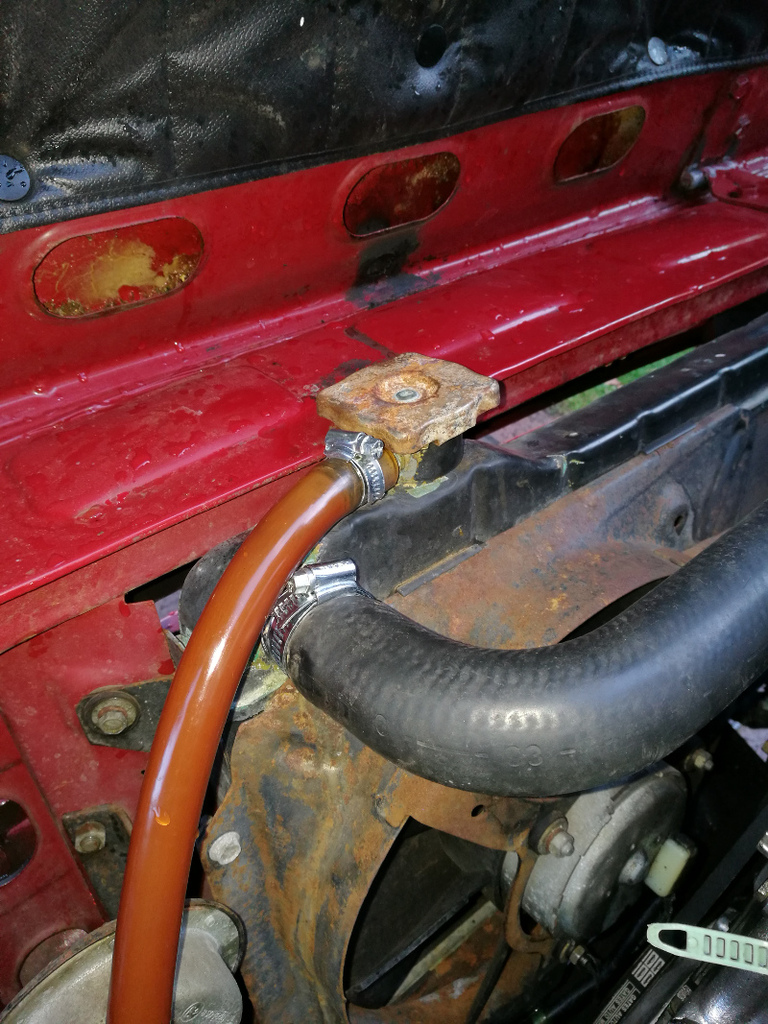 Both the inner and outer seals on the radiator cap actually seem to be perfect despite the look of it, though for the sake of a couple of quid I'll get a new one ordered anyway. Will also at some point in the near future pull the fan shroud off and give it a quick coat of paint. Nothing showy, just satin black like the radiator and rocker cover. Just hate visible rust like that!

Had a moment of realisation earlier with regards to selling the Skoda in that it's actually fully road legal just now, so there's absolutely nothing stopping me sticking it outside (outside the school rush of course!) with a for sale sign in the window with what I would *like* to get for it on display...I'm not in any great hurry to sell it, though to be honest it probably would be best before the winter really sets in than after or it will have to spend some time under the cover again.

Really want to get moving with getting the garage cleared so the Lada can go in there as well, but I can't start that for a while really as I've still got a couple of van loads of Dad's stuff in the house to shift yet before I get to the garage...A good chunk of what's in there is my junk too, being honest!

...Good chunk of it really *is* junk as well, but needs to be sorted through before I start chucking things as quite a bit is worth keeping, or worth passing on to other folks who will get some value out of it. Still torn over whether to hold on to all the 90s car brochures or not for one thing, though whether I do or not, they're getting digitised first!
Top

I just know that car is going to be immaculate very soon... Must be one of the very best in the UK already...
Top

Edited this thread title to reflect the fact that my Xantia is in fact now Jim's Xantia. Only took me three attempts to remember all the cars.

Got the last two tyres fitted to the Lada - had originally planned to just change the rear two as the fronts looked okay, but closer inspection revealed that they were both 11 years old, one was starting to perish a bit, and real world experience showed that traction on a slightly damp road was nigh on non-existent. I also dislike having mismatched tyres with a passion, so having all four matched makes me far happier. Also remembered to take the centre caps with me, so they're now on the front - will need to whip the rears off at some point to put those on, but I'm planning to change all the brake hoses shortly anyway, and will want the wheels off anyway when I Dinitrol the living daylights out of the wheel arches, so plenty of chances to get that sorted.
Top

I'd already edited my signature and blog title to reflect the fact that Gabriel now lives with me Zel!

The difference new, matched and good tyres can make to a car is unbelievable... 11 years old is far too old for any tyre..

Speaking of Dinitrol, I must do two Xantias very soon too...
Top

My activa was comprehensively dinitrolled a fortnight ago. Buy the cans with the long tube to put on the nozzle. I took off the sill kick panels, the tube fits nicely through the fixing holes. I emptied one can into each sill. Also took out the screws holding the door catches on and sprayed into the pillars. Then 3 tins of stonechip over the complete underside. Hopefully this will keep any rot at bay, espically living 500m from the sea and the cars are often covered in salt.

I need to find someone to help me with this task as I'm seriously allergic to the solvents in rust-proofing products and all paints...

Two Xantias to do...
Top

When you planning Jim? I'm overdue a visit.
Top

Indeed you are James

Let's see what we can arrange...

Be good to see you!