Brilliant news, and it's not a bodge if it's for testing purposes only. It's a well considered test rig to avoid backtracking and faffing if anything didn't happen to work

Happy that it still runs!

Still need to do little things like... actually plumbing the fuel system in properly, attaching an accelerator pedal and routing the loom properly - I just don't think the "balance the ECU on the windscreen wiper" look will catch on...

Only thing that has me stuck so far is getting the Lambda sensor changed, as it's so close to the steering box that I can't get my wrench into it. The obvious solution is to drop the downpipe off the manifold (just taking the manifold off the head doesn't give enough clearance as the starter motor stops it moving downwards) I'll scratch my head and stare accusingly at that a bit more later. Worst comes to the worst I'll butcher the wiring of the original one for the purposes of a test flight at least. Only difference is that the current one uses the vehicle body as ground rather than having the detector floating (it is grounded at the ECU end).

Definitely was a morale boost when it started though, and oh how much smoother than with the carb!

It will probably form my feed and return line while I track down something suitable long-term. Wouldn't trust it long term as it's too soft with a thin wall and could easily rub through over time. For a quick test and to make a template for the proper rigid line though, perfect.
Top

And the Oxygen sensor can be bloody tight too... Needs all the space and big, well-fitting spanner it can get plus room for a big bar on it...


Zelandeth wrote:I just don't think the "balance the ECU on the windscreen wiper" look will catch on...

Great for keeping it cool though

This evening has mostly been starting on the list of "Things I really wish I'd realised before I put half the engine bay back together.". Given what I'm doing that was a pretty inevitable list.

It's been a learning experience. Today's headache: throttle pedal.

The Riva has a massively over complex system of linkages which change the direction of travel no less than six times between the pedal press to the rotation of the throttle butterfly in the carb.

The Niva in contrast uses a conventional throttle cable.

However I can't just grab the pedal and bolt it in for two reasons. Firstly the studs that exist on the bulkhead in the Niva it attaches to aren't there. Secondly, because the shape of the bulkhead is different you would have about half an inch of travel, reason being because in the Riva wheel well protrudes further into the footwell than in the Niva.

I reckon the best solution is probably going to be to use the Niva pedal, but to stick a bend in it to give more travel. Will need to have a bit more of a think about that...
Top

I finally got a day with a decent connection and was able to look through the pictures of your work.
Looks very promising Zel, exciting too.
Top

Quite a few more to follow yet! Just waiting until I've got a bit more done before I sit down and do another write up...

Especially as this is where we get into the realm needing a bit more inventive thinking!
Top

Zel that video is brilliant, it appears to run really well.

That was with no air intake temperature sensor, manifold heater or lambda sensor hooked up either. Ignition timing was set purely by Mk I eyeball based on where the old pulley came off. Simply because I didn't think about that beforehand.

See also "These are the stupid mistakes I'm making now so you don't have to..." as this sort of comment will be labelled in the eventual write up.

Think my initial reaction when I turned the key summed it up pretty well!

...then I'll take it all apart again!

Still not 100% decided on what exactly my plan is for fuel lines...a lot probably will depend on exactly where the pump will go...
Top

Box of bits arrived today - pretty sure they must have been dispatched before I'd even paid for them!

New radiator pressure cap (mine still holds pressure, but looks like it was dredged off the Titanic and has badly perished seals) £5, set of heater hoses as I had to cut them off the stub when I took them off so they're now an inch shorter than ideal, again a fiver. New fuel filter for six quid, and a timing chain tensioner/vibration damper set for £10. Also had a gasket set for the top coolant elbow and heater to water pump bypass line thrown in for free.

Had a phone call earlier from Tom as well which I managed to hear most of despite being in the middle of London, and in the middle of a bunch of people who chose the exact moment I picked the phone up to make a racket.

He's been doing some thinking, and realised something that had gone completely over my head...There's an injection version of the Riva that was available in both Russia and the Scandinavian region...therefore there *is* a throttle pedal that fits a Riva that will connect to the throttle cable for the TBi. That assembly is also apparently used on a Russian only diesel version of the Riva (using an engine of their own design apparently, which I'm now curious about in its own right). He's doing some digging to see if he can track one down - if so that'll be a huge bonus as it will save me a huge amount of faffing around I reckon.

He's also come across a vehicle speed sensor assembly from the aforementioned *official* fuel injected Riva which will just be a plug in solution for me in terms of getting a working vehicle speed signal. It just plugs into the gearbox in the place of the speedo cable, and that then plugs into the unit. Simple! That's not actually essential for the operation of the system (it just stops spurious triggering of the CEL when you coast), so was on my "to sort later" list, but if I can get the official bit to sort it, bonus!

We're getting there!
Top

Zel - you mentioned earlier about the astronomical cost of a B&O stylus.
It may be more economical to raid a more modern B&O tone arm from something that will accept a newer and cheaper cartridge/stylus.

I see that Rega are using B&O arms/cartridges as I am looking into buying one of these: Planar 2
Top

It's one of those things that I'll certainly look into in more depth if/when it becomes an issue. To be honest a stylus is one of those things that if looked after should last long enough that it's something that I might just grumble and deal with the cost when it happens. By all rights the MMC20EN in there should last a good long while given how lightly it tracks and that it was brand new when I got the unit as far as I could tell.

It's much the same as the fact that I accept that when I eventually buy the Rolls that I'll have to deal with the joys of running a car where a set of brake discs and pads will set me back the best part of a grand...They last a good long while though if looked after.

I've still got my Sanyo deck in service as well, for which stylii are much more reasonable (£20-40 range) which I use for any vinyl I might want to listen to that's in more rough condition.

I think given the way the turntable is set up on my system that it would be quite tricky to retrofit a different arm, as it all looks to be quite heavily integrated. Will snap a photo when I get a chance to show you what I mean.
Top

Zel, the service you are getting from Tom is just awesome

A diesel version of the Riva? Now that is interesting... Wonder what engine they copied? XUD if they had any sense!!!
Top

No idea Jim! Though given there was a factory diesel version of the Niva that used the NA 1.9 XUD it seems likely.

Will do some more digging later and see what I can find.

From a quick Google poke this was the most promising image I saw that's not obviously a conversion using an engine I immediately recognised... 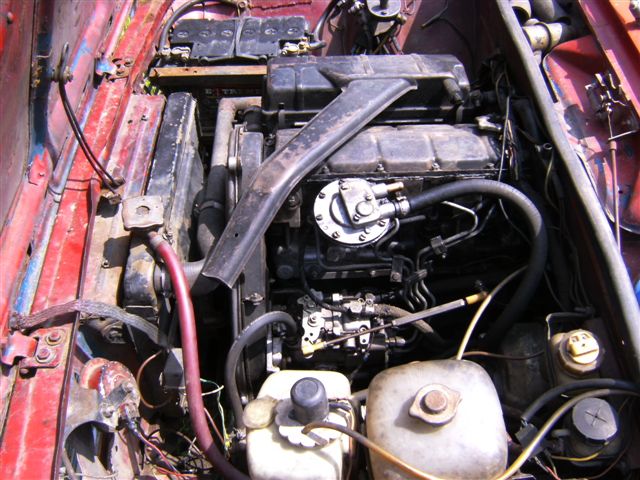 (If that's huge, sorry I'll fix it later when I'm at an actual computer!).

Other obvious thought would be one of Fiat's diesels given the origins of the car.

EDIT: The engine designation is VAZ-341 apparently. A quick search on that turned up this. 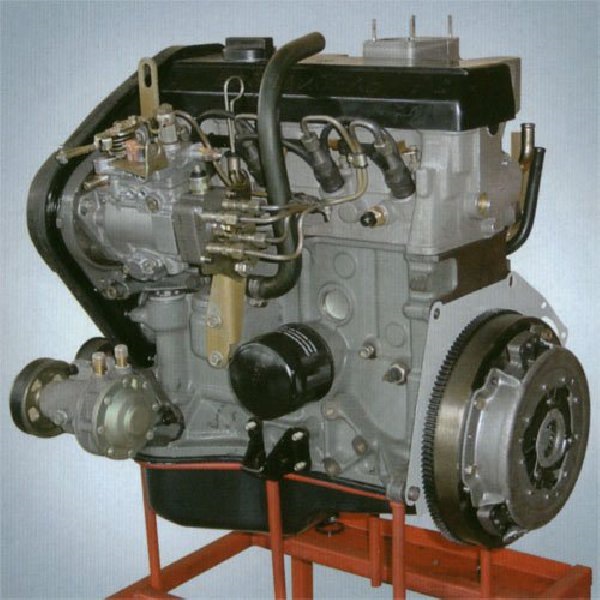 A couple of photos in situ definitely show the throttle cable I need too!
Top

It's an IDI with a Bosch VP20 pump/injectors and is a normally aspirated engine of around 2 litres I'd guess...

In many ways it does not look dissimilar to the XUD and I'll bet it has Ricardo Comet pre-chambers - the glowplug positions hint rather well at that...

That throttle linkage is a bit over-engineered by the looks of it... Why I wonder?
Top

I was about to say the same, Jim. It does look rather like the XUD could have been the inspiration for it, the oil filter & dipstick tube have switched places but a lot does look awfully familiar including the head, as you say.

Thermostat housing seems to have migrated to the rear of the head too but I wonder if the fuel filter/heater unit is the same? I did notice a few Lada applications listed on the filter I got for the Xantia...
Top
Messages: 5148