agggg....you will need more than a clay bar to get that off

Thankfully the worst we ever left behind tended to be massive clouds of smoke from vehicles that hadn't moved in far too long. Especially that one National...

Was running clean as a whistle by the time we got back to Aberdeen though! The huge black smear behind the exhaust (it still had the Mk I exhaust venting out the side) told the story though...

Really class it a mercy that I was always on my own without passengers to deal with, just enjoying driving the vehicles. Especially nice old stuff. Volvo B58s or Mk I B10Ms were always good because they went well and were easy going. Bristol RE was a nice one too...went like greased lightning, but was harder work. Leopards and Tigers were okay, though I do remember observations that classing the brakes on a Leopard as "barely adequate" was being generous...
Top

That time on the A90 was in Hays H plate volvo b10m manual box vanhool. Lovely motor, one of the nicest drives ever. I preferred it to the Iveco Beaulas things that ranged from W reg to 03 which was brand new at the time.
Top

LOL.....thats all Klingon the Buses to me

Little to report today really. Had planned to get the Saab in for an MOT this week, but that's been put on hold now thanks to the 107 mucking around.

Gave the roof of the Xantia the second coat of new clearcoat. It's actually a lot more even than the camera makes it look, but it's also worth noting that I haven't given this a rub down yet either. 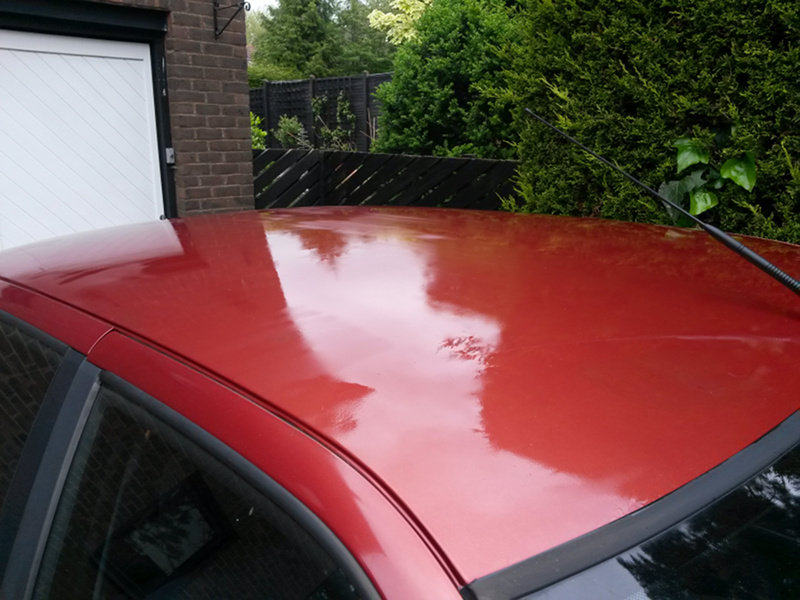 The latest pair of cans aren't as good as the first one in that they don't have the "fan" type spray that I was expecting, so it's far harder to get an even finish...will see if I can switch the tops over tomorrow as I think I still have the empty one from the first pass in the garage.

Had probably the best "Your car's the wrong way around!" from the attendant at the click and collect kiosk at Tesco today when I picked up the groceries with the Skoda. Always good fun when it confuses people like that.
Top

Had a terrible vibration on a Xantia once that I was convinced was a CV joint (it would almost pull the wheel out of your hands) but turned out to be an out of round tyre....
Top

Good thought, Richard. Pretty certain it's not in this case as it's a very solid feeling thump at low speeds rather than a vibration. The offside front did get a fair whack from a kerb a month or so back, so not sure if that much be related.

Skoda seemed to get a lot of attention when out today, not least from the guy in the Homebase car park with the Ariel Atom who I chatted to for about half an hour. We had a good laugh about us having the only cars in the car park with the engines in the right end. By the time we departed, the two cars had started to draw a bit of attention between them.

Still need to work out why it insists on trying to give people heart attacks...any time you give it full throttle for more than a few seconds anywhere over 3000rpm, within 5 seconds of you coming off the power there will be an almighty detonation from the exhaust. Sometimes a muffled "thud" but other times a shotgun like report complete with flames. While a useful anti-tailgating device, I'm sure it shouldn't do that. It's fine if driving gently, but in the real world it's a car that tends to give it's best when driven somewhat like a 2CV. It doesn't take too kindly to being babied, and really would rather rev thank you very much.

My money would be on it running rich or the timing being off. Time to dig the colortune and the timing strobe out again.
Top

107 is back home now with a new offside driveshaft. Issue was that the outer CV joint had lost interest in being a CV joint.
Top

Zelandeth wrote:107 is back home now with a new offside driveshaft. Issue was that the outer CV joint had lost interest in being a CV joint.

That would explain things then. What did it want to be (apart from a ruddy nuisance)?
Top

It wanted to be a single solid piece of metal which didn't do the bendy thing that CV joints are meant to.

...but a ruddy nuisance seems pretty accurate too!
Top

No mate, that would just raise the struts and put it in HARD mode

Tango (the Skoda) made the first trip further than Newport Pagnell since the move down to Milton Keynes last year yesterday. This has I reckon done her the world of good. ...even if the exhaust has worked loose again.

Was a good laugh providing a lift to some co-workers of my housemate to the dinner party we were attending in such an odd car. Figured I could take Gabrielle (the Xantia) with air con and all...or just go old school, all the windows open and enjoy the weather. Figured Tango deserved a proper run for a change.

Performed perfectly of course, even managing to sit at an indicated 70mph on the dual carriageway on the way home quite happily (on the way out, flat out in 4th was about 65mph), an Italian Tune Up has worked wonders it seems.

She's probably going to a show on Sunday, so spit and polish tomorrow I think.
Top

Never had the time to do the hoped tidying up, so appeared today in her working clothes. Still attracted quite a bit of attention, though being stuffed in a corner (mixed blessing as it meant I was in the shade!), next to a Formula Ford racer and behind a stunning Stingray meant I might have been a bit hidden. ...I'll take it as a win because of the shade!

Exhaust has started blowing at the downpipe to manifold joint again...will poke that again tomorrow.

Like a complete idiot I managed to forget to take any photos of my own car at the show...D'oh!

Anyone here at the Stony Stratford show today with any snaps of my Skoda I could have a copy of?
Top

So today finally managed to get the Saab in for an MOT - which I didn't expect it to pass for a second, especially given that the poor thing has been sitting under a tree since October when its alternator started playing up (it still is, reckon it just needs a new set of brushes as it sorts itself out when whacked with a screwdriver).

Have to admit to being mighty surprised by the results...One small hole in the offside sill at the back of the door closure and a non-working brake light. Seriously, what is it with brake lights?!? They were both working before I left for the test! That at least has now been sorted.

Now need to get this welded up...anyone in the MK area who would be up for a bit of welding before I just book it into the garage to be done. 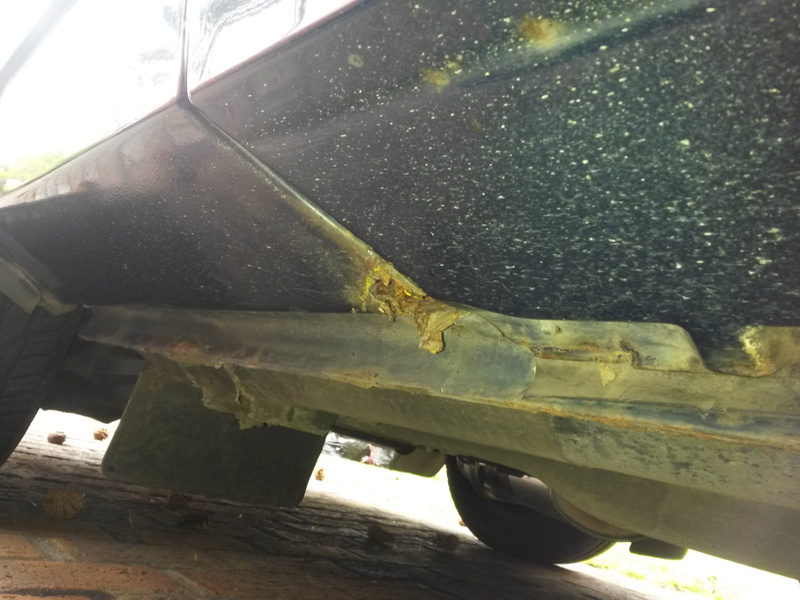 My welder's in bits in the back of the garage and to be honest given how much I despise welding (and my tendency to set fire to things while attempting to do it), I'd rather grease someone else's palm with silver than tackle it myself.
Top
Messages: 5263