That depends on who would have replaced them!
Top

That depends on who would have replaced them!

Yes, interesting interior. The ouside of that particular car looks like this.....

Brown's a bit of a marmite colour but I would give it a second look, and I do like the style of the car.

Love the Lagonda despite it's reputation.
I worked in advertising and one of the clients rolled up in one one day.
Hairdressers!
Dread to think how much they charged.
Top

I have been to both (and the 'Radio show') anyone remember that? I think most of the cars at Earls Court were BMC and Ford and a few Rootes Group as well, can't really remember in much detail.

When it went to Birmingham I was mainly interested in the CX, I remember telling the rep that I was going to have one of those - in about 10 years time

and I did, fantastic car, ran them for about 10 years. As soon as I got one I stopped going.

My main interest was diesel engines, I ran my first one in 1959, I used to spend most of my time at the Perkins stand, I still have some literature obtained there including a fully illustrated brochure on an engine they never made, the 'Iceberg' it was called, it was a diesel version of the three litre rover V8. I think its failure was at least partly political.

I also spotted a rather humorous mistake in the Hains CX manual which I brought to their attention and they subsequently corrected.

Just came across my catalogue for the Earls Court Motor Show October 20th-30th 1971.

If you can extract any interest out of this page which lists across the UK the Citroen Dealers in 1971 please do...it will enlarge into a readable state with a couple of clicks on the magnifier

The car I was most interested in was the Range Rover. One of a kind at the time. The one on stand 98 was in Davos white with Palomino trim! This is probably fairly close to the one on the stand right colour right age right interior. 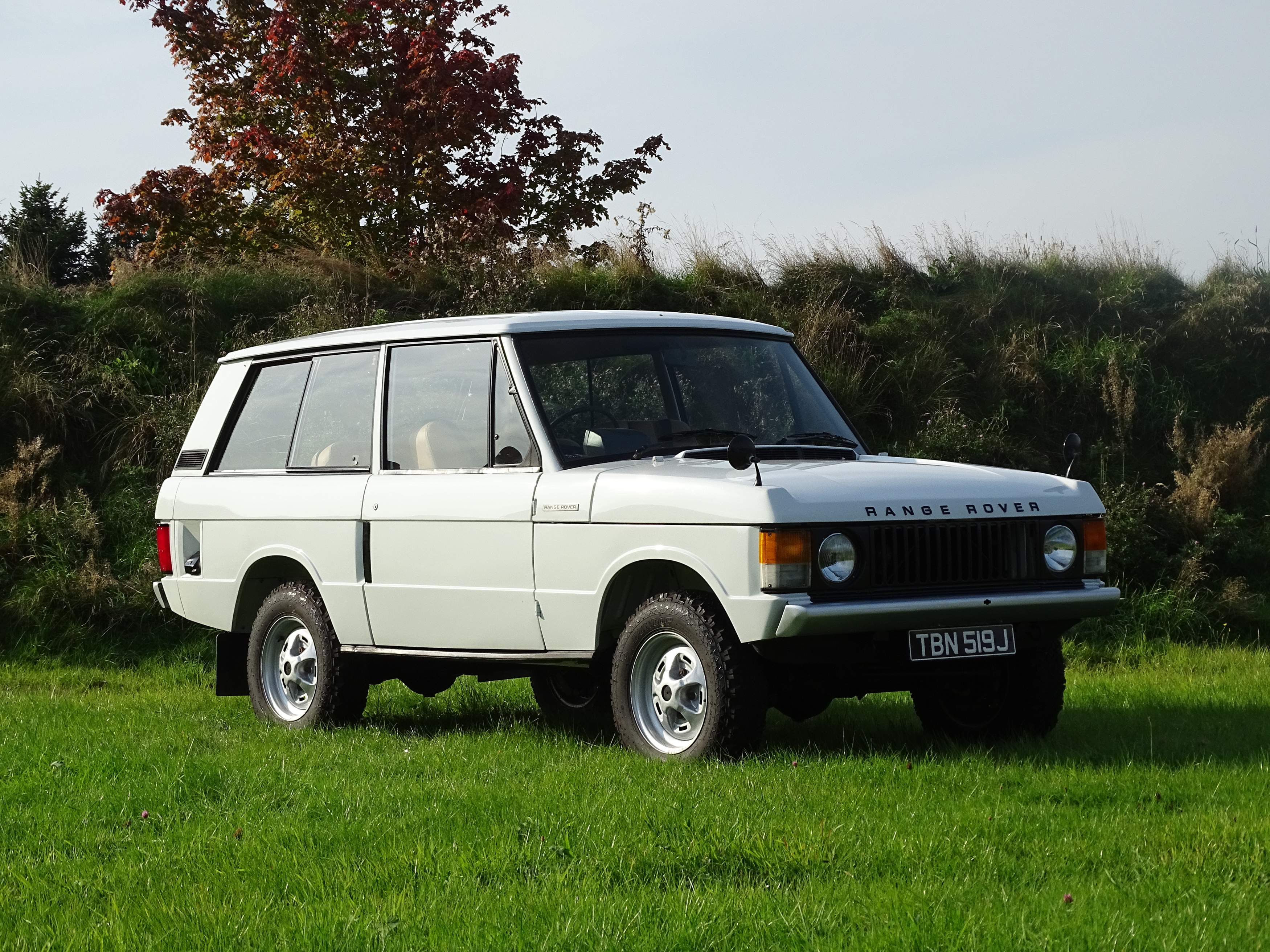 I used to visit the show at Earls court but spent most of the time chatting on the Perkins stand as that was when I was involved in conversions. When it moved to Birmingham all I really wanted to see was the latest CX diesel estate I by this time had a Mk1 but I was very taken with the Mk2 especially - for some reason, the upward facing car radio between the seats, I did prefer the look of the Mk2 TD, eventually I bought one so didn't bother to go after that.

I rather liked the Toyota Land Cruiser as well but couldn't afford to run one of those. The CX was a fantastic car for many reasons, mostly just the way it drove and the comfort and space of course, never driven another car that was so different to everything else. I did over 150k miles in that one.

The the only Dorset Citroen Dealer on the 1971 Motor Show Catalogue advert I posted was at Puddletown: Old and Sons, but one at Exeter too which may have been nearer.

In 1968 the motor show was on the same week as Bob and I were attending our A Course at Kew training school and we left there at 4 because we had "travelling time" and went up to the show by cab. The cabby was the father of another lad on our course and he took us up because he was trying to get his son to change from his GPO apprenticeship to a mechanics apprenticeship in his local garage but that didn't happen. However the lad ended up working at the GPO garage in Pinner rather than telecomms engineering thanks to being enthused at the Motor Show!

We moved here in 1970 Neil. There was quite a big Citroen garage in Ottery St Mary, not to far from us, I used to get my CX bits from then, they are apparently still there. All my parts come from ebay now. There was also an Old and sons in Yeovil.

was given the British Pathe treatment

Fuel injection and an alternator but still batteries with external cell links - that dates them. Never been able to afford a new car and I would be terrified to drive it if I could, had some very nice secondhand ones though.