District line still has the dubious honour of being the only train service to have ever successfully thrown me bodily out of my seat and landed me on the floor. The overground bit just before Barking...

That honour was usually reserved for when I was sitting at the back of the bus on the 93 bus service in Aberdeen doing survey work. Bit of a laugh when the driver goes around a corner and over a speedbump without slowing down...in an absolutely wrecked old Beaver bodied Merc minibus. I got a good half second of air, then landed square between the seat I had been sitting on and the one in front then got clocked over the head by my clipboard. I learned to hold on the next trip! ...god my back hurt after that!

Will need to look up that CrossRail program, sounds quite interesting.

It's scary how fast costs mount up in any project like this mount up. People used to ask me how £25K could disappear on replacing a couple of dozen bus shelters...very easily is the answer! ...even when you don't get consultants involved (which I rapidly discovered was a baaaaaaad idea, and just dealing with some long hours and doing it yourself was far less of a headache).
Top

Just as well I was on the service 10 Aberdeen to Inverness or 305 Aberdeen to Elgin then. Was 93 out to Banchory/Aboyne direction?

a repeat I think I have seen before.. but bonneville flats and back garden workshops with some lathes presses and impressive creating. Not sure the title but think 'world's fastest Indian'
Top

DHallworth wrote:I had high hopes for the feature they did on Peugeot when they started with the icons like the 505 GTi, 405 MI16, 205GTi, the 306 Rallye and GTi's even made an appearance and then they totally wrecked it!

They just can't help themselves can they

I don't see the problem, they paid homage to the great pugs, the 504, and the string of gti, Mi and Rallye versions that came in later years, all great cars and all shown respect, then there was the rally success, But Peugeot as a company is a bit odd, nobody noticed how their recent cars have been very bland and or rubbish? Nobody also notice that maybe with a certain new Gti being released top gear could be hinting that maybe the new car is a change from recent poor model line up.

I watched it after seeing this thread, enjoyed the show right up to the recreated Peugeot meeting from which it got a bit silly. Tried to think would I have found that funny if it were Ford or Vauxhall (I don't like them much) and I doubt I would have. I think I amused more people driving the Xantia home in Convoy with my van on day 1, we were having fun all the way and gained a bit of an audience. One girl I thought was going to crash her Skoda laughing at us. I did particularly like the history of Peugeot at the start with the pepper mills, corsets, munitions etc as I had no idea about that side of their history.
I'm not sure if the BBC has gone downhill or I've grown up but I rarely find myself bothering with anything on iPlayer any more. I am a bit of a Doctor Who fan though which was sadly inflicted on me by going to Uni in Cardiff and seeing them filming it all over the place.
Top

City Centre to Peterculter. Via Garthdee and all the villages/housing estates on the way. Replaced the 24 when First Aberdeen killed it. Only three return trips a day, but an absolute lifeline to the folks who used it. It was a textbook description of a Local Authority Supported Bus service, and a project I was immensely proud to have brought into the world. Sadly it basically died after three years as the pot of money it was run from (Section 75 Planning gain from when two big retail parks in Garthdee expanded) ran out, and try as I might I couldn't find anyone to fund it. Despite providing hard evidence to said retailers that it both would make them more than it cost them and would eliminate the need for their shuttle service (run by the same operator, duplicating half the route two days a week and carrying air!).

Was really sad to see it die that one. Knew most of the regulars by name from the many surveys I did! Always tried to stay in touch with the users to tweak the service where I could to meet their needs. Credit to Bluebird as well running it, they brought a Solo in to replace the knackered old Merc (about 80% of the regulars were disabled in some way or another so that was a godsend to them), and actually did a good job of sorting it out when things went wrong. When I had to pull the plug, we were seeing around 60 passengers a day average(though quite frequently into triple digits), the commercially operated service it replaced was around the 20 mark in its last days...would like to think that showed I was doing something right.

On the other hand I guess, I have to also count service 80 linking Dyce Railway Station and the Airport as a success for me...even if that service did take years off my life I reckon! Scheduling a bus service to match a rail schedule...with one bus less than you need...is a recipie for a massive headache! Still remember a photo I have somewhere of my desk and the surrounding ten feet literally buried in bus graphs, train schedules and notes with me in a tiny island in the middle of it, clutching my can of Irn Bru and looking rather panicked. Made it work though! When I left it was running commercially and successfully. Not bad for something that needed something in the region of £50K a year subsidy as memory serves when it started. A lot of work from a lot of people involved there, but a lot of the legwork, scheduling, route design, safety analysis, publicity and monitoring was done by me...and seeing it succeed was a greatly gratifying thing. Sometimes the Council can get it right...and it's hugely satisfying to see commonsense win and manage to carry a project through when it happens.

...still feel bad for the folks who relied on the 93 as their main connection with the outside world though...
Top

DHallworth wrote:I had high hopes for the feature they did on Peugeot when they started with the icons like the 505 GTi, 405 MI16, 205GTi, the 306 Rallye and GTi's even made an appearance and then they totally wrecked it!

They just can't help themselves can they

I don't see the problem, they paid homage to the great pugs, the 504, and the string of gti, Mi and Rallye versions that came in later years, all great cars and all shown respect, then there was the rally success, But Peugeot as a company is a bit odd, nobody noticed how their recent cars have been very bland and or rubbish? Nobody also notice that maybe with a certain new Gti being released top gear could be hinting that maybe the new car is a change from recent poor model line up.

It was silly in places but if you don't like that kind of humour then don't watch it.

I think I might watch a gardening program later, I mean the last few times I watched them I really didn't like it, I suppose though it would be ok to complain about it?

If there was a big enough pool of viewers wanting an old school car show (which Top Gear has repeatedly said it isn't) then there would be plenty to choose from, there aren't, so there aren't.

Jim, that 15 Billion railway program is very good, you'll like it a lot. I too enjoyed the M6 program, love learning about how our infrastructure is built/maintained. There was a bbc program about the underground on about 2 years ago, I think you can still find it on youtube. 6 parts I think it was, if I find it i'll dig out the link.
Top

If there was a big enough pool of viewers wanting an old school car show (which Top Gear has repeatedly said it isn't) then there would be plenty to choose from, there aren't, so there aren't.

and there is the rub....Entertainment formats get stale like any other old joke ...........information formats do not they just change style.

The demand however for the latter is greatly reduced, most people cannot fill the oil let alone open a bonnet, so what do we expect WheelerDealers ? (Bodge-it & Bodge-it Ltd)
Top

Well Wheeler Dealers is a good example (God I hate Mike Brewer) that format is getting a bit old now so I won't watch it as often as I once did. I don't however see the need to knock it for not liking it.

From what I see the vast majority of people that don't like Top Gear watch it expecting it to be something it's not.
Top

Mainstream Tv will always choose the "Entertainment" format over the "information" format, it cannot survive without numbers.
TopGear moved to this in stages, it is now 80% Slapstick Comedy and thus gets a large audience it seems. My regard for the team and what they are producing has however diminished as fast as their bank accounts have increased and the slapstick ratio changed.

However I do wonder why the BBC have not seen the need for another good niche "motoring" show and use the BBC3 or BBC4 channels to incubate it. Basically give birth to another Top Gear...maybe this time they will keep the ownership of it ! The Wheeler Dealer format is good, it needs to have a pro run it and produce it. As it stand I neg it for good reasons.

And here is a thought
Just think what Tv would be like without the BBC.....welcome to Merrica bud
Top

I do enjoy some of the things that Top Gear does (quite a lot, really), and, when the Peugeot article started I learnt a lot I didn't know, and it was enjoyable. What then spoiled it was when Jeremy Clarkson and James May started acting as complete idiots (you expect it with JC, but not JM). If a police officer saw how they were driving they would have been summonsed (and saying it was for a motoring program wouldn't have been a valid reason for their driving).
Top 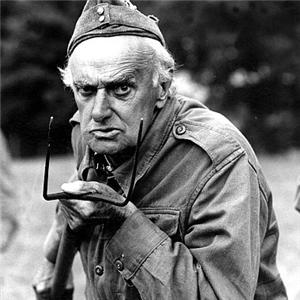 Good to see Private Frazer make a visit to these pages

Just watched the Fifteen Billion Pound Railway. Now that is excellent TV... I was spellbound...

The part where they showed a bit on how the Victoria Line was built was revealing... No PPE in those days and not a lot of H and S either!
Top
Messages: 128