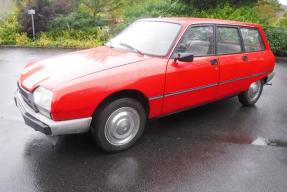 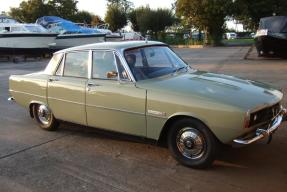 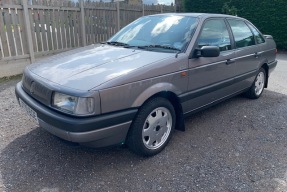 Allan would have been thrilled/bemused about the P6 - probably about four times what it was worth in his ownership back in the '90s. And a mere 2200 Auto...!
Top

I haven't made a post in this thread before although I have dipped in a few times to view. However...

Last weekend we went down to near Basingstoke to buy an MGB. This is my replacement for my wife's MGB which I shamefully left out in the rain to decline to a point of economic unrepairability. Some context needed I think.

I actually stripped the bodyshell down some 25 years ago to bare metal, fitted new inner and outer sills, new rear wings and back panel, new outer wheelarches, one new inner wheelarch and two new doors. After spraying (including the stripped out engine bay) the bodyshell came back home for me to do the rebuilding. And that's where it all went wrong.

I had recently parted company (made redundant) from the company where I had worked for some twenty years specialising in spares for MG sports cars and I really didn't want anything to do with MGs so it went under a cover for quite a few years. That cover was replaced by another cover and when that one rotted the bodyshell was just left. A few months ago things happened which shook me up a bit and one of the things I decided to do was see if the bodyshell could be resurrected. We cleared all the crap off and it was just as I feared. Not an economic repair. The floorpan had fallen out and all of the new panels were showing signs of rust It would cost £10k upwards to repair - approaching the cost of a new bodyshell and then still the cost of spraying and the time needed to rebuild.

So I looked around for a replacement. First and foremost the car had be red, specifically Damask red as that was the (non-standard for the year) colour that I had changed my wife's MGB to many years previously. In fact the colour the car was for our honeymoon in 1984! I looked around and settled on this 1974 example. I was attracted by the fact that the car was mostly original and had not been mucked around with. Some of the carpets are even original! Advertised for £8500 the owner accepted £8000.

The car has covered 45,000 odd miles. Genuine miles (not 145,000!) judging by the MOT certificates. And for nearly all of its life it has been stored in a garage and not run in the rain. Unfortunately that's not to be case with us! The best I can offer is on the drive under a cover. And there was some rain we had to drive through on the way home. Fortunately we had a fine sunny afternoon to dry the car off before putting the cover on. Anyway, enough waffling, here it is:

The car isn't quite as good as in the photographs make it seem. There are washing scratches all over the paintwork that could do with polishing out and there is some bubbling on the rear wings around the top seams. But I'm still quite pleased with it. The last owner had only put about 200 miles on over the previous two years and we busted through that just bringing it home. We plan on taking it over to France at least once for a touring holiday next year. Not planning on too much after that.
Top

Your wife is very tolerant, waiting 25 years for her car to be fixed.
My wife was pretty tolerant but I would never have got away with that.
Hope she enjoys the replacement.
Top

Believe me, I've had a lot of verbal grief over the years. I've had to suck it up as I've been totally in the wrong.
Top

Nice debut on the thread Paul!

Looks like the nose of an SM to me?
Top

Yes, not in the best condition but only 19572 on the clock

Thanks Neil, just had a look on the H&H site and I doubt if even Richard Hammond has taxed worse than that!! Certainly be a great project but sadly I don't have the room or the sheckles!!

First yellow one I've come across

It's a classic, could you buy them for than 10k?
Top