Get the blue car Zel. Just do it.

My dad died on the 10th May. He was 69. All his life he wanted, for some reason, a Morgan 3-wheeler, Bubble car or a replica of such. He could have easily afforded one since 1985, but never did. He finally bit the bullet in 2006, bought what he wanted...just before he was diagnosed with Parkinsons and had to give up driving not long after.

It has to be the blue car

I say it has to be the blue car too, whatever it is Zel. That would fulfil your late dad's brief. I am disappointed that when I got money when my dad died that I blew 21 grand on a timeshare, and 15 grand on a mini for the ex wife. Both the timeshare and the mini are gone, the mini with the ex and the timeshare basically given away as I couldn't pay the fees, it got me into debt so that was basically 36 grand thrown away. Poor dad would be turning in his grave.
Top

That's a lovely position to be in Zel...

I'd have to think very hard indeed if I was in that place...
Top

Zelandeth wrote:
The current main contender is very, very large, very blue and has been a dream car of mine since I was about ten.

I'm pretty sure that I'm insane to be considering it, buuuuut I never claimed to be smart and you only live once.

I'd hope Zel wasn't dreaming of owning a people carrier when he was 10!

Rolls Royce, with the suspension licensed from Citroen?
Top

BenC5HDi wrote:I'd hope Zel wasn't dreaming of owning a people carrier when he was 10!

Not the sort of people carrier I was thinking about

Bus would be on the cards if I had a full cat D licence and could come to an arrangement with one of the local companies regarding somewhere to put it! Ideal find there probably would be either a late Volvo B58 or early B10M with a Duple Dominant II body - though I'd probably be just as happy with a Plaxton Supreme IV - which would probably be far more sensible given how much less prone to major rust they are than Duples of the period...

Either that or I'd phone up a couple of my contacts in the industry and pick up one of the Volvo B10BLEs (mostly with Wright Renown bodies) which are getting basically thrown away for scrap money due to the recent DDA regulation changes, stick a coach gearbox in for comfortable motorway cruising, and probably then start an epic motor home conversion.

As it is, I don't have a cat D licence, so we're talking cars.

In fact, we're talking about this exact car.

Which should be immediately recognised as a late Series I Rolls-Royce Silver Spirit.

It's very, very rare when looking at used cars, especially ones where there were so many options and such available to find one that is essentially the exact car that you would have specified when new - this is one of those examples though, even down to the colour of the piping on the seats. The retrofitted (discreet thankfully) parking sensors do kinda make sense as well I reckon on a car that's the size of a small continent.

A Rolls is one of those cars where it really does pay to buy the best car that you can afford from a reputable source as parts are often eye-wateringly expensive and they can very easily bankrupt you. Southam's aren't the cheapest by any means, but they don't sell tat (this is where a friend bought their one from many years ago), and while this is definitely in the upper end of the price bracket for the model it has had a lot of the expensive jobs done already - not least the hydraulic system overhaul - that's the best part of five grand's worth before you've even picked up a spanner.

Late Series I car is what I'm after as well as after 1988 (from memory) they updated things a bit which saw the introduction of fuel injection and ABS, but in 1990 the Series II was introduced which had an updated dashboard which I really don't like - so that gives me a window of only a couple of years to aim for.

The price of parts is the main reason that I'm adamant that if I did go ahead and pick up this (or similar) that the fleet would shrink a lot, so I could afford to look after it (both in monetary and time terms) as it deserves. It will get driven though, as disuse is what causes 99% of the problems that you usually see on them. Obviously it's not going to fit in the garage here, so I'll need to get a proper car cover for it - that's probably going to cost me more than many roadworthy cars I've bought!

I've not 100% decided yet, not least because we're not going to know exactly how deep pockets we have to play with until the money actually hits our account, but definitely leaning towards the Rolls at this point. The plan has been to look into buying one anyway at some point in the next five years or so - this really is just speeding the process up a bit (and probably saving us some money in the process as Spirit prices are starting to creep up now just like the Shadow started doing ten years or so back). It's not something we're just jumping blindly into. It is a car that I have had experience with via a friend as well, so I do know what I'm getting into.

The others on the possibility list at the moment:

-> Rover P6 3500.
-> MGB Convertible (Snapdragon yellow please).
-> Triumph Stag - largely discounted because decent ones just look to be stupid money for what they are.
-> Chevrolet Astro - if I could find one in the right trim, I don't want the fancy pants "day van" thing, I want the practical one you can reconfigure to your heart's content and can actually earn its keep. Had one as my transport when we were in the US last time and it just really appealed to me. Stupendously comfortable and propelled by a lovely gargling long-stroke 4.6 litre V6.
-> Suzuki Cappuccino. Simply because I miss the one I had before a heck of a lot so it always ends up on there!

...There were others I know but I can't remember them now!

If we have enough change I still find myself entertained by the idea of a Lada Riva 1500 estate as the practical car - not least because I have far too much fun messing with people's heads, and the image of having a Lada and a Rolls parked next to each other on the driveway will do such a wonderful job of confusing people. Plus next to the Rolls something which I can fix with a ball of string and a hammer will probably be quite welcome. Will probably be a Xantia at the end of the day though as I should probably make it something that the rest of the family are comfortable driving as well, rather than putting the fear of imminent death into them every time they get into the driver's seat.
Last edited by Zelandeth on 03 Jun 2016, 22:50, edited 1 time in total.
Top

Buy the Roller if you can. It's a no-brainer. You won't lose money on it.

I immediately thought of a P6 Zel and I'm happy to see it on your list... That would be one I'd be looking at, along with a Jensen Interceptor and a Matra Bagheera...
Top

The results for the Morris and Leslie Auction have been posted up now.

The Citroen didn't sell and is up for sale again Saturday 27th August at their next Classic Car sale. If you like classic cars and are anywhere near Perth at the time well worth a mooch around on viewing day.

NewcastleFalcon wrote:Came across the MorrisLeslie Classic Car Auction while reading the local "Press and Journal" when on holiday up in Nairn.

There was an article about this Bedford Dormobile which had been won in 1963 in a "Press and Journal" Competition and has been owned by the same family ever since, but is now up for auction this Saturday. 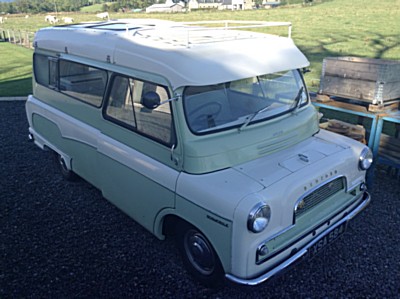 Went along to the viewing day, at Errol Airfield about 11 miles from Perth, on our way home and took a few pictures.

Not all the items are likely to go for under £10,000 but the Dormobile Bedford probably will, as will the star of the show for me...the two-tone Humber Sceptre. 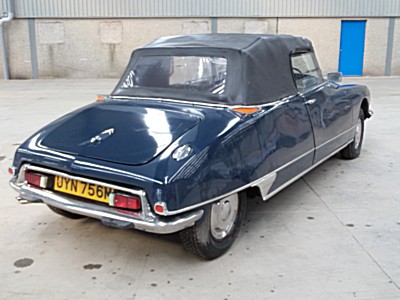 .....This is the current list of vehicles going into the August sale

This Rover caught my attention with its description of


Chassis number 44620913C - first registered on April 1st 1973 in the Eastbourne area to a Mr Hutchinson who paid £2065.22 for his White Rover with Mango upholstery, including Cadulac Body treatment, Wing Mirrors and a Heated Rear Screen. 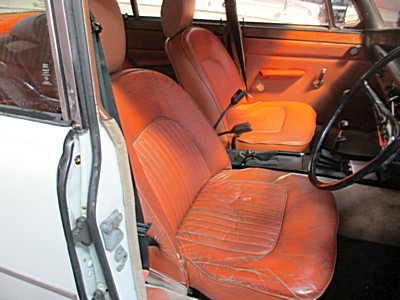 ....and a mango in better condition. In Rover P6 circles its either loved or loathed.... 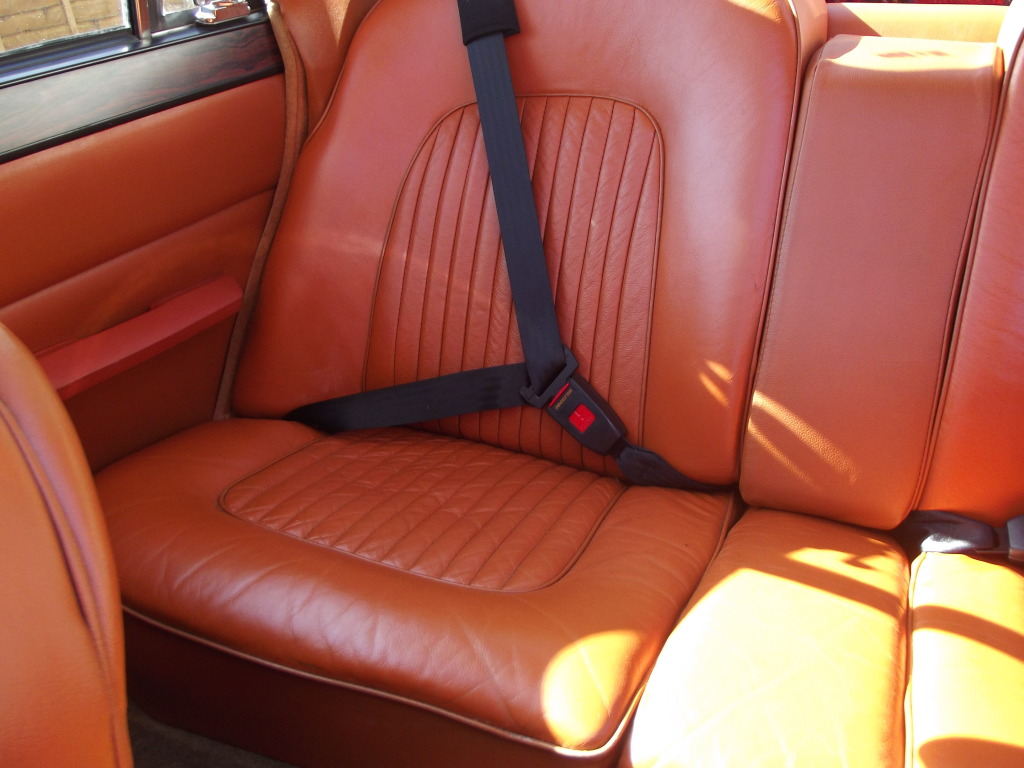 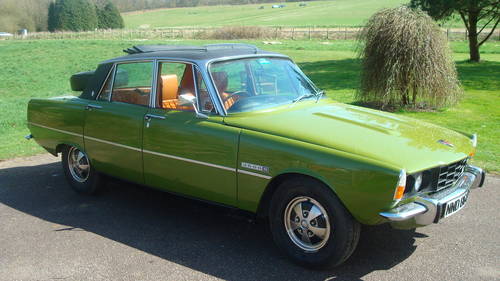