citronut wrote:just a wild guess is it a Facel Vega or maybe a Delahaye

I like the Delahaye Malcolm very impressive in this form, but not the car with the mushroom knobs 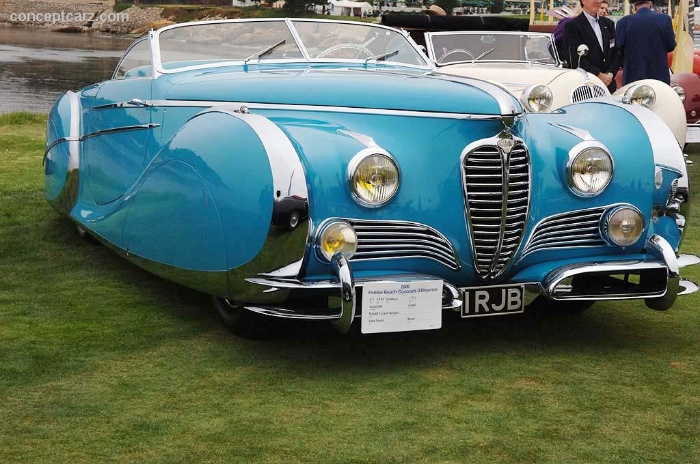 ^Isn't that the one owned by Diana Dors ?
Top

Absolutely spot on Steve, Didn't know that, here's a snippet of the story....£5,000 and bought by/for a 17 year old without a driving licence 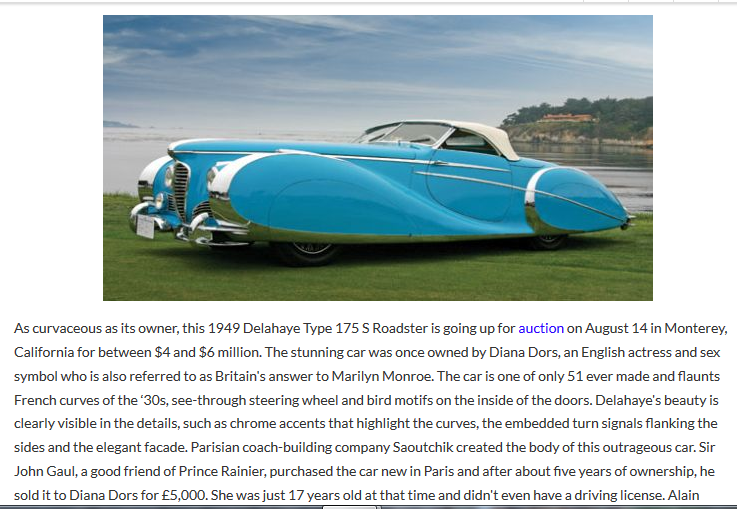 And you can't say that about many cars!

Far be it from me to distract forum members from finally nailing the car with the mushroom knobs to put the latest whatsthisthen? to bed, but maybe this was another car that could carry off the brown overcoat as well

I'll agree wholeheartedly on the Interceptor Neil... In any colour it's fabulous..

Right, back to working out what has mushrooms for knobs...

back to working out what has mushrooms for knobs

certainly not mush room and defiantly without knobs Jim

i do think the D's and SM's look good in brun scabby,

and some of the internal trimmings like the Austin 1100 internal door handles to name one,

i worked at a car body shop at Palmarsh garage near Hythe Kent back in the early 80'ies,
we used to do paint work for a company selling the likes of Aston's, Roll's Canardlies and Interceptics,

quite often they would hang around for weeks, and only be worked on at slack periods,

so just got moved in and out as and when,

more often than not once we had finished with the Interceptics one of the boss's would sit it out on the road with the engine running/just about, holding his foot to the floor boards to clear it out, as they used to get all choked up being just moved in and out over weeks,

quite a sight really spitting flames, popping and banging, apparently it was the easiest way to clear them out
Top

I googled the mushrooms. Never heard of it! I'll not spoil the fun by revealing, but Neil is on a sticky wicket posting cars from that maker on here!
Top

RichardW wrote:I googled the mushrooms. Never heard of it! I'll not spoil the fun by revealing, but Neil is on a sticky wicket posting cars from that maker on here!


Must be a Vauxhall then!
Top

RichardW wrote:I googled the mushrooms. Never heard of it! I'll not spoil the fun by revealing, but Neil is on a sticky wicket posting cars from that maker on here!

I had never heard of it either, but I do like tenuous links, and the picture of the Austin Seven from Practical Motorist and Motorcyclist on its little tour of France did lead to the aforementioned mushroom-knobbed vehicle.

This is sort of what wiki has to say about it

"Priced, in 1953, at 1,148.500 Francs, the "mushroom knob" outperformed traditional French luxury cars of this size, such as the six cylinder Hotchkiss Anjou20.50 saloon/sedan, despite being listed at only two thirds of the price. While the six cylinder Hotchkiss was withdrawn from sale at the end of 1953 (the much slower less costly four cylinder version lingered on only till 1954), approximately 3,000 "mushroom knobs" found buyers during the 1954 model year. Unfortunately for the "mushroom knob", however, 1954 was also the year in which Henry sold his French business to Simca. Simca persisted and succeeded with the Vedette and its successor, but operating in a country with high fuel taxes, were not persuaded to persist with a model featuring the larger fuel-hungry V8 unit. The "mushroom knob" is therefore now rare."

so were the mushroom knober's French Ford's Neil???? i never heard such a thang

Lets make it easy. To finally put our 1950's car built at Poissy, with a V8 engine, and a nice cockpit with quirky little buttons and a white steering wheel...

first word-the location (in Northumberland) of this Castle

second word-name of the typeface on this album 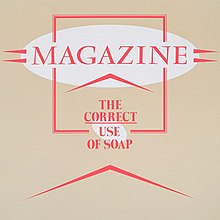 and for those typeface aficionados it is decribed as


... a quirky typeface designed in 1952 by François Ganeau while working at Fonderie Olive. Possibly named after, a square in the 1st arrondissement in Paris, the face itself is inspired by 16th and 17th century type by Claude Garamond and Jean Jannon, although its tone is distinctly “Jannonesque”.

The type is characterized by its fantastically violent beaks and its unabashedly classic design. It’s like what Trajan’s drunkle might look like after several glasses of Knob Creek on a cold winter day. A great (pseudo-) contemporary use of the type is the album art of Magzine’s “The Correct Use of Soap”

citronut wrote:so were the mushroom knober's French Ford's Neil???? i never heard such a thang

The factory at Poissy

They made these things in Strasbourg before moving to Poissy 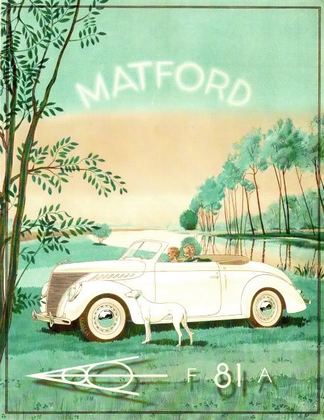 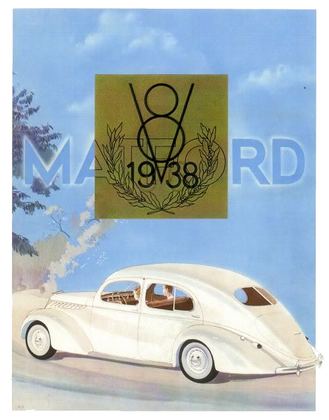 So now that word 1 has been nailed, only word 2 remains.

Yes there is a typeface of the same name, a "place" in Paris with a column with Napoleon reinstated to its top, and a city on the River Loir a fine example of a Yazoo type river.