Come on, drag all your knowledge up of Citrojims manor, and tell me what it is

..and a book about them, again Name removed)

Come on not that much research required....temporary title change to help.

I only just spotted this. I can't remember the name, but a friend of a friend had one in the mid 70s.

You may hear the sound of a brain being wracked.
Top

Followed by it being drawn and quartered, then popped into an Iron Maiden, and (if that didn't work) then it being kittened!

I remembered it before looking it up. The one I remember was in NZ, and was actively used in club racing at the time.
Here is a link to some NZ history: http://www.theroaringseason.com/showthr ... 2-Bucklers!

In the late 90s I lived for about 18 months just around the corner from where their Reading factory was (but did not know that).
Top

I remembered it before looking it up. The one I remember was in NZ, and was actively used in club racing at the time.
Here is a link to some NZ history: http://www.theroaringseason.com/showthr ... 2-Bucklers!

In the late 90s I lived for about 18 months just around the corner from where their Reading factory was (but did not know that).

Excellent stuff Mike, and something very similar, but you've strayed into Berkshire with your Buckler.

The car in question is has its roots most definitely in Buckinghamshire, home of some forum members of substantial standing. Little place called "Chalfont St Peter" to be precise.

If you were wondering who the chap in uniform was on the cover of the book this is him.....(name removed..but that is his original signature on an autobiography of his published in 1958)

The company was his creation.

Heres the pic of the car again 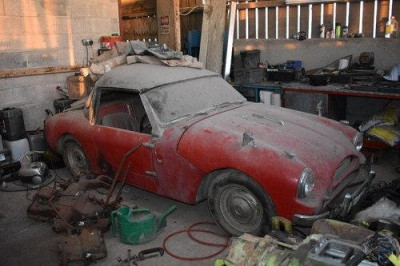 Anyone going to put it to bed?

Fairthorpe then Neil, you made that too easy.

Well done Gibbo, done and dusted it is a Fairthorpe. I'll not press for the model its a Fairthorpe Electron Minor....has a better car ever come out of Buckinghamshire? The Rockette with the three headlights maybe

Heres a piece from Oldclassiccar.com 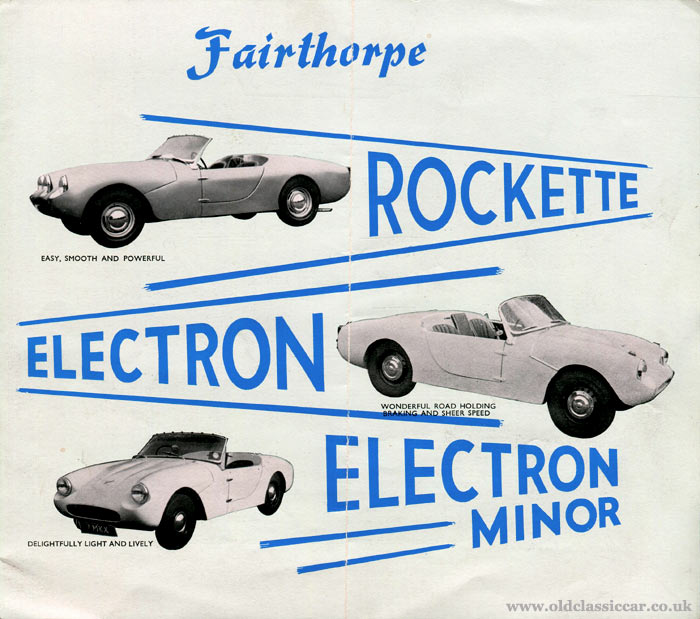 Didn't recognise the badge but knew the car was a Fairthorpe as soon as I saw it - unfortunately left for Devon on Friday without my laptop (missed a Xsara on eBay I was after too) BUT didn't know they were from Chalfont St Peter, a place not unknown to me.
Top

Fond memories of Chalfont St.Giles and Chalfont St.Peter - used to cycle there from Ealing, in my teens.
Remember the London Country GS single-deckers ran there.
Didn't the Chalfonts get a brief bit of fame in Kind Hearts and Coronets ?
Top

Small world innit? My earliest recollection was being taken on a Sunday afternoon drive - all the way from Harrow! Not surprising then that I sort of gravitated there when I became mobile in my late teens.

Furthest I ever cycled was - Aldenham Bus Works.

Ah, yes GS's, wasn't their only other route around Dorking/Guildford? Still see the odd one turn up at places bus preservationists go - & there's one in Belgium (repainted cream) in the fleet of a wedding limo company.

Dunno about the film connection but "the Chalfonts" as they even appeared on local finger-posts were very convenient archtypal pretty English villages,so wouldn't be surprised.
Top

Yes, GS's ran through Dorking and to the village of Coldharbour, halfway up Leith Hill. Once cycled down from the village towards Dorking, and clocked 42mph!
Top
Messages: 2504