I like a vinyl roof! you dont see many these days.

There is a thread about posting up images sizes etc. This is the basic format when putting a image into a post

northern_mike wrote:Someone's done something with the plate then as we scrapped the car when it threw a leg out on the M66..

DVlA says it is untaxed since 1990.... I think before they put electronic de-registration a few years ago a lot of cars were scrapped but not registered as such, and remain on the database. Mind you it says my motorbike, which has not been on the road since about 1953, and is in lots of pieces, is taxed

Richard are you not tempted to lob in something about your first car/cars or even a little more about the 1953 motorbike in bits!. The early part of this thread was quite motorbike oriented after Jim lobbed in the picture of his

Worst car I had was an Austin Montego, I would say about the other car I had that was bad but I don't want to offend or upset anyone on here as it is part of this forum, so out of respect for you all I will keep that one a secret.

The other cars I have had are as follows:-

We need to know what number 9 is. The worst car I ever had was T-reg Punto but the next worse was a 1.8 Petrol Xantia.

NewcastleFalcon wrote:Richard are you not tempted to lob in something about your first car/cars or even a little more about the 1953 motorbike in bits!. The early part of this thread was quite motorbike oriented after Jim lobbed in the picture of his

I only started with Visas (which were my Dad's really), then moved onto BXs when I got my own in 1996.

The bike is another story.... It was my Grandad's. It's actually 1929 vintage, one of these: https://www.bonhams.com/auctions/16230/lot/458/ Mine is in nothing like that condition though! Think my Grandad got it just before the war, and then rode it (hard!) on and off until 1953 when he was knocked off it. He was lucky to survive able to walk AFAIK, but the bike was put in his garage and left there. He took some bits off it - the tank was stripped to try and remove the dent his knee made when he came off, and the gate for the tank change has got lost. Otherwise it's almost complete. I got it after he died in 2000, stripped it down, but then ran out of time and money to get it back together. Maybe I will get sorted for when it's 90

Oddly as it's 250cc it needs a full licence to ride it on the road, even though it only has 2.5HP -not something I've got

The worst car I had was the 53 plate c2 sensodrive I recently had, closely followed by the honda civic that preceded it. Best, either of my c5's, but older, Rover sd1 3500 auto. Thats only if I don't count fuel economy with it. I filled it at home, put the caravan on the back, got to Dundee, a distance of 110 miles and it had guzzled 3/4 of its fuel, I think it worked out at 9mpg! Did not know that the caravan, a huge old thomson with a solid steel chassis and full of solid wood furniture and holiday stuff for us, was behind us, a lot of the journey was in kickdown overtaking 40mph trucks. I loved that old rover, its a pity it disintegrated into a pile of rust, but at least the doors did not fall off aka the top gear bl challenge one 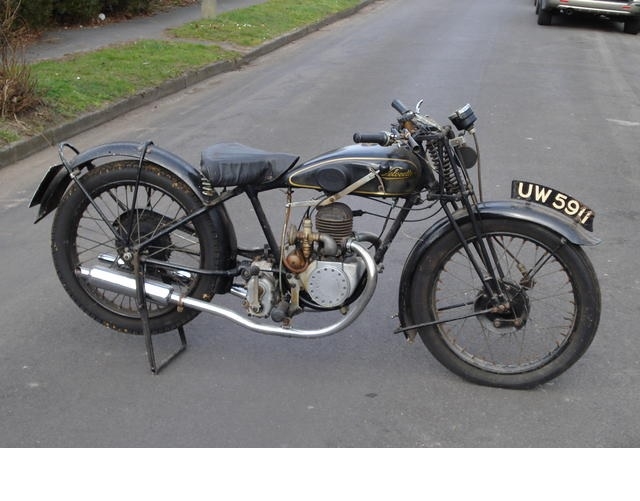 The motorbike test is altogether different now from mine which I managed to pass in 1979.

My Grandpa had one of these things, a Rudge V-Twin 1000 cc's-quite a beast in its day.

Loads of good pics on the link to your cars, quite a french collection there! Looks like you have been to Northumberland

I've been to Northumberland plenty of times - we have friends that live near Alnwick, and were there last week - but I wasn't on that particular trip with the caravan!
Top

I hope when you have been to Alnwick you have sampled the delights of Carlo's haddock and chips! Its spoilt me, because other places where I used to think the fish and chips were good, just doesn't match up to Carlos in Alnwick. Added to that, just drive up the Rothbury Road out of Alnwick for about 4 Miles, and you can park up by Corby Crags and you get an absolutely fantastic panorama of the cheviots to eat your chips amongst some fantastic scenery. 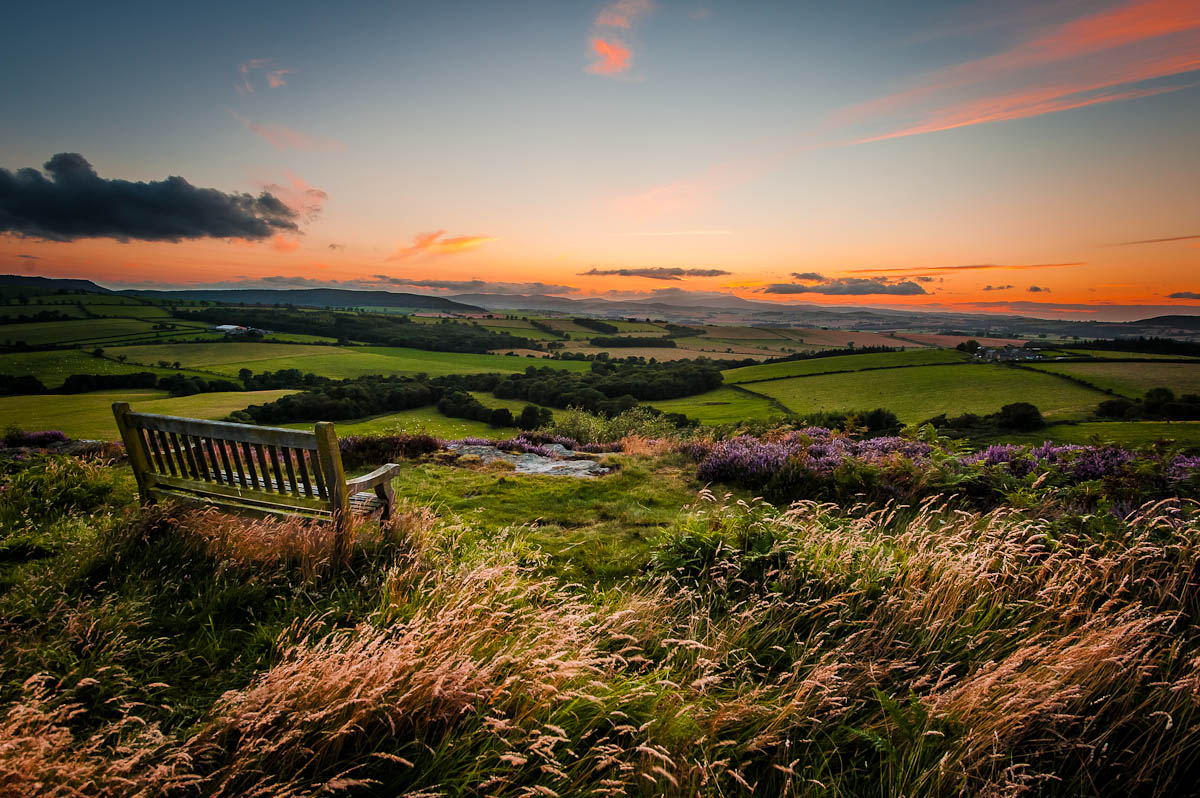 Mike all your cars from the Talbot Samba down still in existance on the Autotrader Vehicle Check Database at least,

Looks like your greatest affection is reserved for the white viva with the black vinyl roof. Something like this? 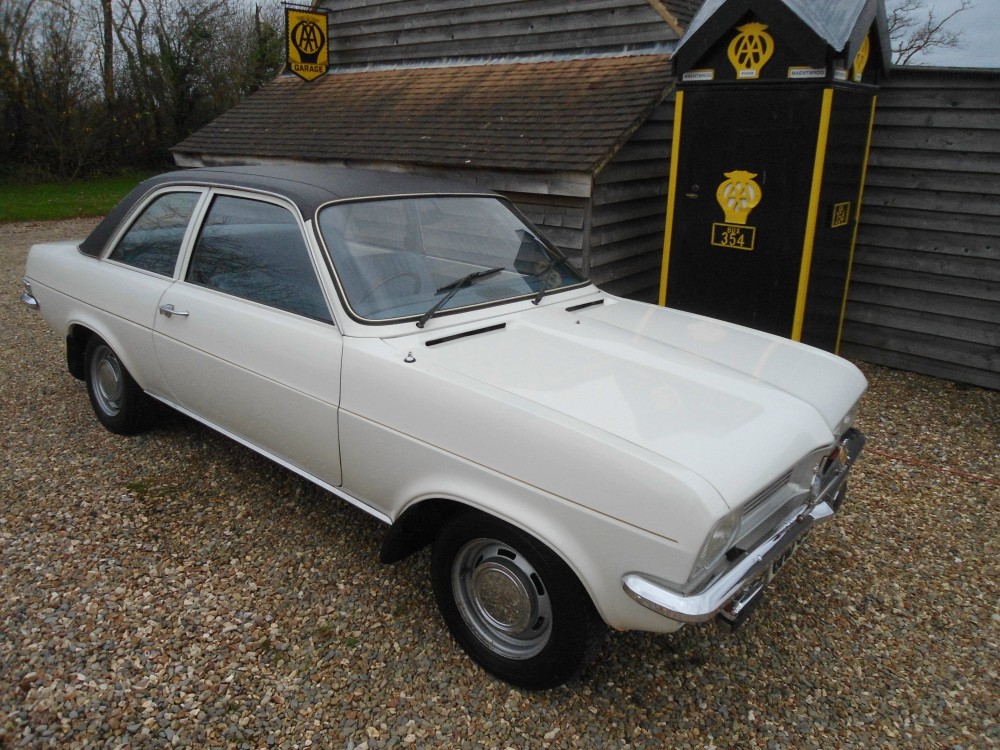 Might as well have a picture from the gallery of the Roversd1club. 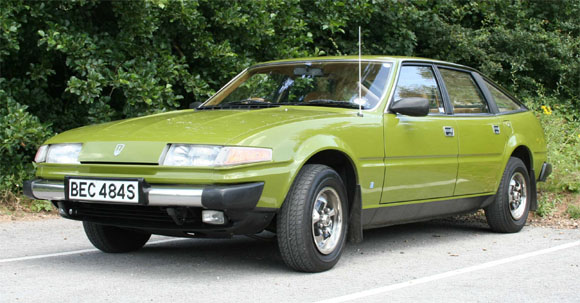 Another revival of an oldish thread, but our visit to Chainbridge Honey Farm today mooching around their displays of nostalgic artefacts, this poster was on the wall. Click on the thumbnail and you will be able to read the real selling points of the NSU Quickly

How did miss that avocado sd1? I love it! I'm a sucker for anything 70's or 80's! I far preferred the pre facelift also. My one was a post facelift. I'm a believer in the original is always the best, and tinkering with it spoils it. If they are gonna change it, change it lots, not just different lights and instruments
Top

NewcastleFalcon wrote:just drive up the Rothbury Road out of Alnwick for about 4 Miles, and you can park up by Corby Crags and you get an absolutely fantastic panorama of the cheviots to eat your chips amongst some fantastic scenery.

What an absolutely gorgeous picture Neil