0 would get my vote also. Even at 20 some folk would think I'll be ok with just one, and end up having 2 or 3 then think, I'll chance it anyway. At 0 it would maybe stop that.
Top

While I am not tea total, I have a low tolerance for alcohol (having, at the age of 3, gone around Mums' Christmas party trying everybody's' drinks (without them noticing for a while), and the weakest was a strong sherry), and I probably would not be safe to drive even if I were within the legal limit. My attitude is that, if I am driving in the next 24 hours, I would not have any alcohol to drink.

However, I accept that some people can make intelligent decisions even when drunk. My Great Uncle Jim was out with some friends having a meal and a drink (this was a very long time back, when the drink/drive test was balancing a feather etc.), and, because Jim was going to have a drink somebody else was nominated as the driver. Unfortunately he had a reaction to something he ate, and was not in a fit state to drive. Because they were out in the middle of nowhere (and the eatery did not have beds available) Jim chose to drive everybody home. After a few miles they got pulled over. The Police Officer knew Jim, and asked if he had been drinking. Jim admitted this, but he also explained why (and this was made clearer when the 'driver' threw up out in a ditch). The Officer then said something like "We thought you had been drinking, as you were not driving at your normal rate of knots (Jim had been a racing driver, and, normally, this showed with the speed he travelled on the roads; the police never caught him speeding, they didn't have anything fast enough!), but you were still driving better than most people when sober, so be on your way, and have a safe journey". This was when the Police Officers were allowed to use their brains.
Top

Just been on a little tour of North Wales based in Betws-y-Coed. Loved it Proper rocky mountains, fantastic castles, iconic bridges, railways all over the place, totally excellent destination for a little holiday. I love the traditional seaside resort as well, and enjoyed LLandudno and had a drive up the Great Orme. The wide prom is something else and in its heyday would have been a sight to behold. Just like the Mall in London, I suspect the red chippings in the tarmac, came from Northumberland's own Biddlestone Quarrry in the Cheviots. 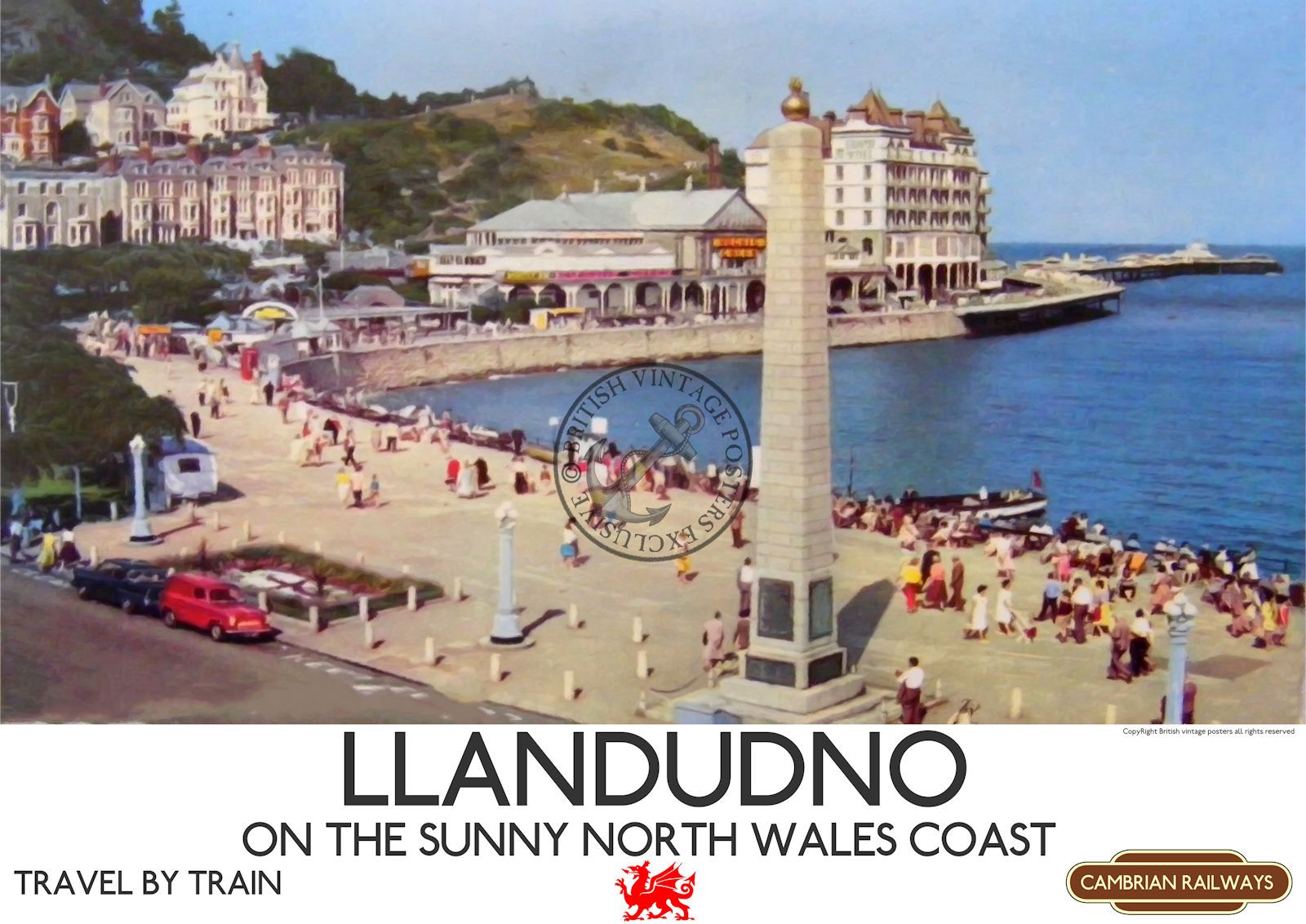 Excellent, one of my favourite parts of the world... Next time I visit it'll be with bike and much time will be spent around the railways...
Top

... second part of the holiday.... and another thoroughly recommended nice place to stop off at.. The Moray Firth and surrounding areas just about covers it-within about 30 miles any direction from Nairn where we were staying.

..and the top thing to do....go and see the Moray Firth Bottlenose Dolphins, biggest in the World apparently-carry a bit of blubber for the cold waters. Just as the tide is turning after a low tide is the best time, and Chanonry Point on the Black Isle is the best point, and the dolphins come very close just a matter of metres from the shore.

So for a very duff but genuinely original video of an "in the wild" spot of one of the most magnificent creatures on the planet this is it. I have to say we were really rewarded the first night with about 4 or 5 dolphins really close to the shore leaping fully out of the water, but my photography/video skills missed the action!

Here's a few in my locality, there are many more:

....as far as distilleries go, and there are loads to choose from round Speyside, one of the few currently offering a free tour, plus your choice of three of their malts, after the tour is The Glenlivet. Top quality tour, and excellent value in the cafe, and just to be half on topic for the French Car Forum......its now owned by the French! Pernod-Ricard to be precise.

Gibbo2286 wrote:Here's a few in my locality, there are many more:

Gosh, you're not short of stuff to do there. Excellent

I'd love a look at Puzzlewood and it goes without saying that the Dean Forest Railway would be a must-see for me...
Top

Jim, opposite Puzzlwood there is a miniature railway too.

Gibbo2286 wrote:Jim, opposite Puzzlwood there is a miniature railway too.

Makes me want to go there even more now!
Top

...or maybe not if this listing from Buzz Feed is anything to go by.

23 Reasons Why You Should Never Go To Northumberland......

One day I might go and see some of that stuff.
Top

NewcastleFalcon wrote:
23 Reasons Why You Should Never Go To Northumberland......

Keeps the worst of the tourists away and that's never a bad thing! They only read headlines. Leaves it peaceful for the real visitors who can appreciate the place...

I must go there too... It really looks really proper lovely...
Top

..Sneaked over the Border today just about 10 miles as far as Eyemouth and St Abbs.

Appropriate to this thread, and very convenient just to nip in and nip out again,when your heading into or out of Scotland on the east side....

Morrisons just off the A1 as you are coming out of, or coming into Berwick-Upon-Tweed. I have to say their offering has improved out of all recognition for their £3 meal deal.....main, snack and drink. You get the class sandwiches like New York Deli Pastrami and Emmenthal, wraps, interesting little salads/ spicy chicken, a whole range of "afters" including the class west country yoghurts rather than the bog standard ones of previous times, and the drinks include normally £2 a pop Innocent Smoothies.

I like a bit of value in my "supermarket picnic", you can take it somewhere scenic and overlook the beautiful coastline North and South of Berwick. Compare it to a normal "services" where it is sometimes staggering what a simple cup of tea or a bottle of water costs. We are habitual service avoiders, and if you know where any of the big 4 are just off the motorway thats where we go off for refreshment (we do boycott one of the big 4 so its the big 3 for us!)