Continuing the theme of "Transport Cafe's", this was today's entertainment at Bellingham on the way up to Keilder, very nice too, and again not our first time. 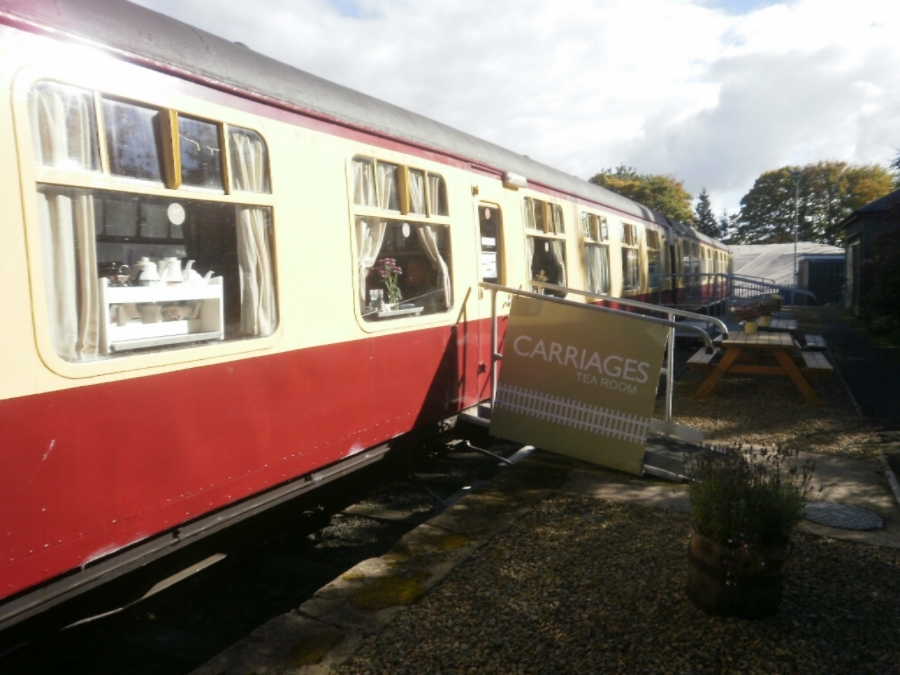 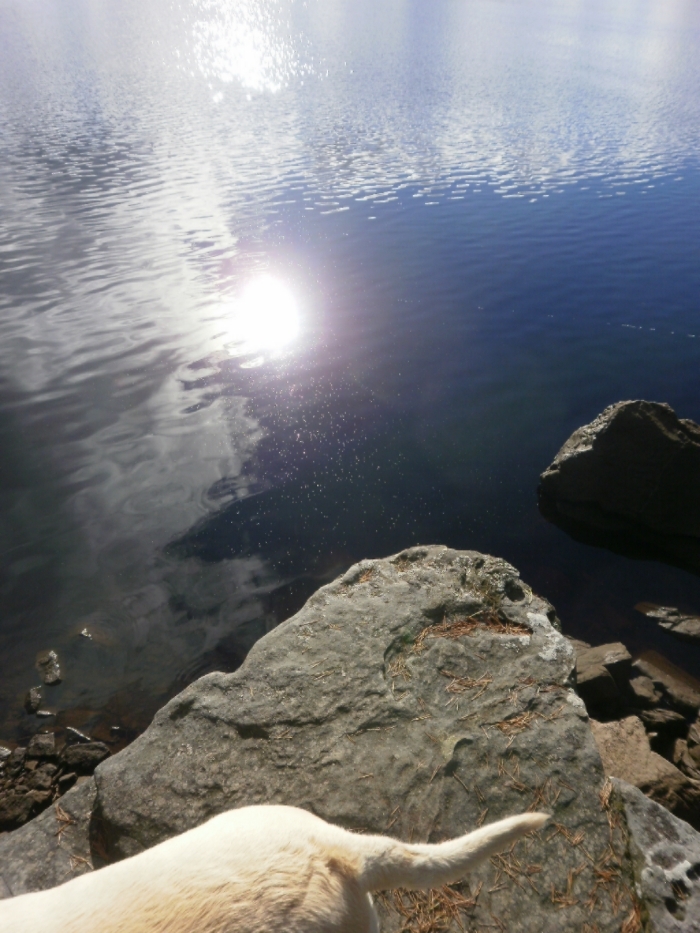 Always seem to see SAAB Convertibles when out and about these days.

Northumbria Water seem to have car parking round Keilder Water pretty much stiitched up £1.50 for an hour, £4.50 all day and no where else to escape the charges and head off for a walk around the lakeside path, quite NationalTrustesque I thought.

On the way back tonight caught a discussion with some leading lights from the National Parks of England, looking to an American National Parks model of raking in some income from "affiliations" with Corporations (yes Disney, and Coca-Cola etc). Its already started here with a partnership with Airwick Air Freshners.

So for the Lake District for example we have Mercifully I think Northumberland has escaped, but not Exmoor for WestCountry folk A friend of mine gets very animated at the Tyne Bridge being constantly used as an advertising backdrop for various events happening in the City. It used to be just for the Great North Run, but it appears fair game now whatever is going on. I'm coming round to his way of thinking.

And they all stink horribly... I hate them...
Top

Well trip over the border today, so when in Rome.....

Yes.. I was tempted with a bowl of sausage stovies, with crusty bread, and a scattering of colourful, side salad and a pink dressing

Not a transport related location this time, but Unit 1 on the Edinburgh Road Industrial Estate by the side of the A68 in Jedburgh.
The Coaches pull in at the Mill Shops at the left hand side of the road heading north, but this little surprising gem is on the right.


Border Meringues-an expanding little business starting fron the kitchen table and farmers markets, and now with an industrial unit & Cafe in Jedburgh, and another outllet in Kelso. 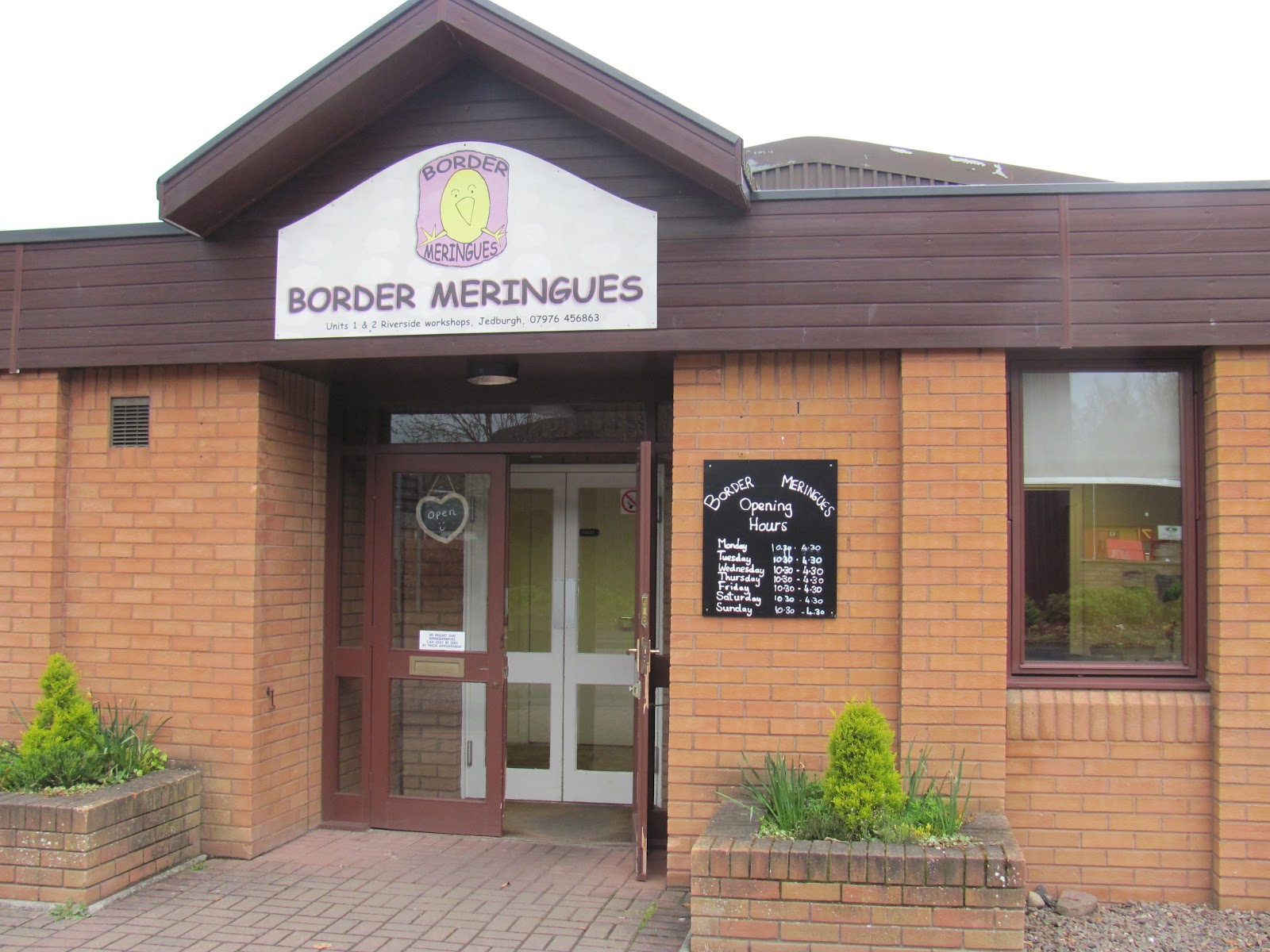 Perfect! Look out for the cow on the roof 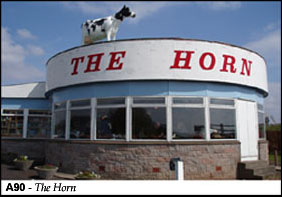 It does do the best bacon butty in the world. I will vouch for that personally. Just a nice 2&1/2 hour drive from here, a perfect distance for the first stop en route to civilisation from the wilderness that I stay in!
Actually not so much a bacon butty as a pig sandwich lol
Top

Try one with thin sliced Banana in it....amazingly very good and one of your 5 a day

Stickyfinger wrote:Try one with thin sliced Banana in it....amazingly very good and one of your 5 a day

Not to much, a couple of thin slices does it.

Its one of those "taste modifiers" like a few anchovies in a tomato sauce or a tiny pinch of chilli with chocolate.
Top

Stickyfinger wrote: Its one of those "taste modifiers" like a few anchovies in a tomato sauce or a tiny pinch of chilli with chocolate.

Oh yes YUM to both of those

A good chip butty beats a bacon butty any day.

Other weird spice combinations I've found include wasabi mayonnaise (ready-packed), it's quite indulgent on soft cheeses and putting a dash of Tabasco or Sri Racha in fruit juice - apple, orange and apricot all respond well.
Top

^ That all sounds so wrong to my ears.
A previous girlfriend used to have cheese and marmalade sandwiches for breakfast. I couldn't even contemplate that combination.
However, a woman in a Stockholm delicatessen gave me a funny look when I asked for a cheese and tomato sandwich.
Must be what you are used to.
Top

I could understand cheese and marmalade on toast, it might be tasty!

Weird to me, is that sour herring stuff in a can.
Top

Yes, surströmming best avoided. None of my Swedish friends or acquaintances would go anywhere near it.
Top

addo wrote:I could understand cheese and marmalade on toast, it might be tasty!

Yes, I can understand that.. I like these seemingly odd flavour combinations...

I like beetroot and banana for breakfast...
Top
Messages: 371